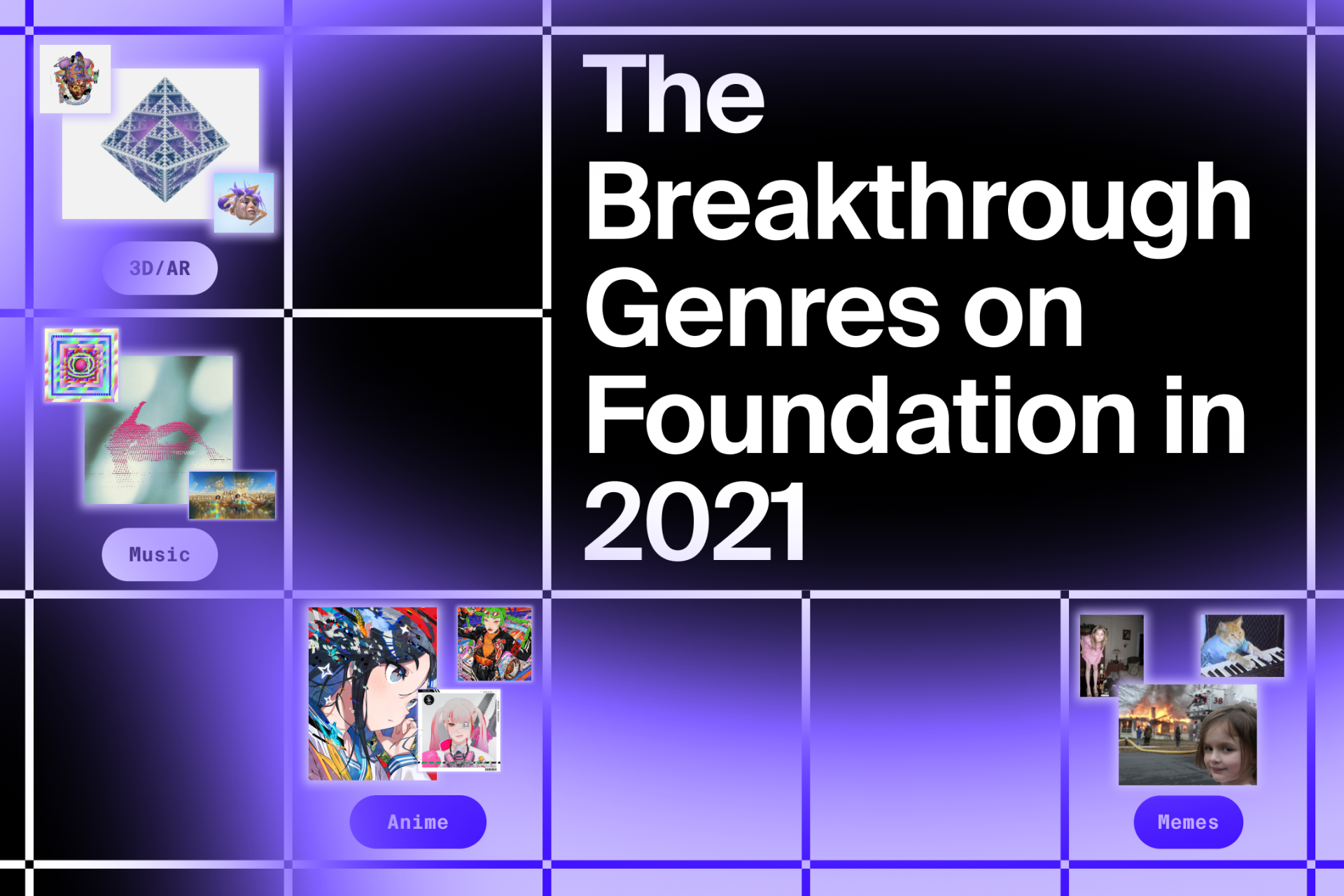 The Breakthrough Genres on Foundation in 2021

The defining tags, trends, and communities across NFTs on Foundation this year.

What aesthetic immediately comes to mind when you think about NFTs? Between ubiquitous memes like Nyan Cat, slick, rendered surfaces by the likes of David Porte Beckefeld, or Serwah Attafuah, and viral PFP projects, the nascent yet expansive possibilities for NFTs have been traceable across all corners of the internet in 2021.

When NFTs gained popularity early in the year, digital art was undoubtedly at the forefront. The medium’s long history of practitioners from distinctive scenes—including net art, creative code, and animation—was apt for developing a shared language around valuation and experimentation. And while NFTs have been widely recognized as a breakthrough technology for digital art, their unique affordances have inspired rapid adoption from all kinds of creators and communities.

On Foundation, we’ve championed a number of emergent genres this year that have set new industry records—including memes, pixel art, photography, dance, generative art, and performance. We’re not stopping here. Next year, we plan to extend our support to even more mediums, introducing endless possibilities for music, digital fashion, and beyond.

For now, we’re reflecting on some of the breakthrough genres that emerged on Foundation in 2021—alongside the artists who have contributed their work, and built communities to make it happen. 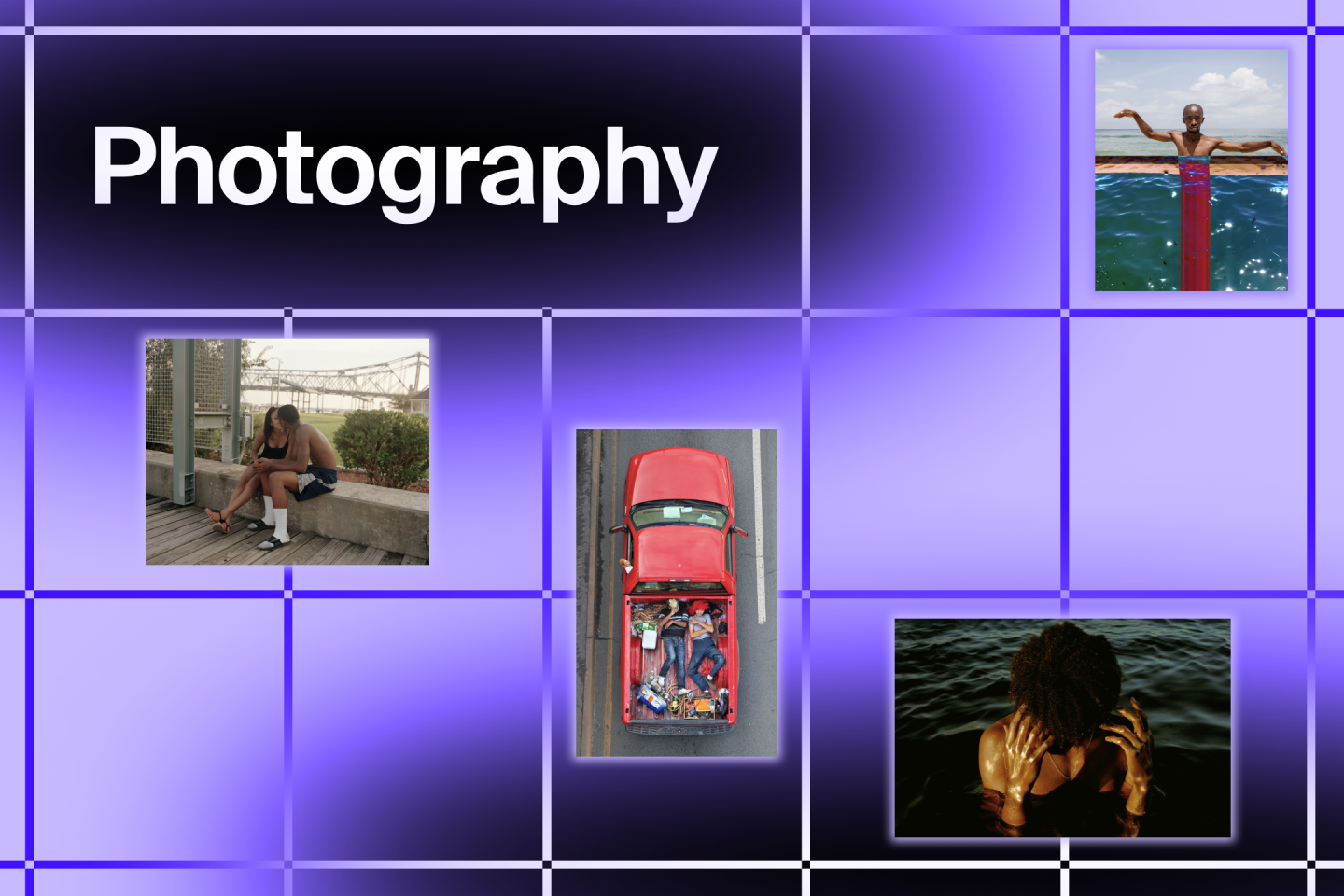 We all witnessed the ascendance of photography NFTs over the course of the last year. Photographers have really leaned into the community-building potential of distributing their frames in the form of collections, with Robin Friend’s Bastard Countryside, Shane Lavallette’s New Monuments, and Alejandro Cartagena’s 50 Carpoolers. In Alejandro’s own words:

“As the dust settles in one of the most crazy art world rides I’ve ever had in my life, I’m left with a bunch of new friends and an introduction to a community that is much open and stronger than anything I’ve ever seen happen in the photography world I’ve worked in for 15 years.”

One familiar face of the internet, Noah Kalina (well-known for his sensational YouTube series of daily selfies), minted a one piece compilation of 7263 photos in early February which went into auction six months later for 10 ETH. Photographers Reuben Wu, Addie Wageknecht and Aiala Hernando, Adama Delphine Fawundu, Raven Trammell, and Diana Sinclair also found a home on Foundation. In addition to sharing her own work, Diana is an active community member and advocate for artists through her Twitter account. She curated the Digital Diaspora on Foundation in June, an exhibition and auction focused on empowering and increasing equity for Black artists in the NFT space. 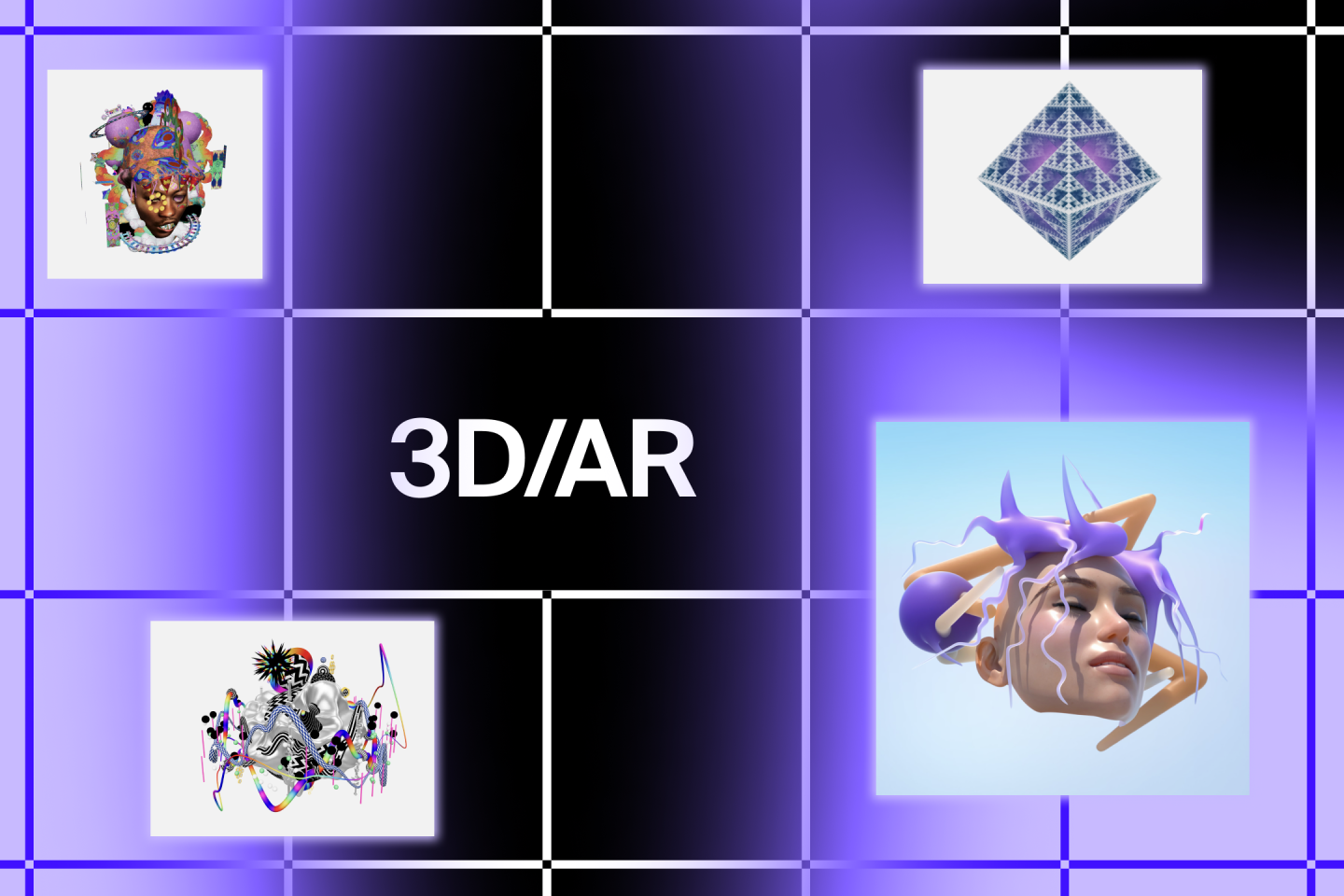 As the next iteration of the internet unfolds, there are going to be countless currently unforeseen ways for people to interact with 3D virtual environments, and we’re already anticipating that future on Foundation. The digital sculptress and game designer Aureia Harvey worked with bitforms this summer to launch a series of NFTs on Foundation. On the subject of NFTs, she noted:

“To me, it is a gateway to a larger understanding of what it is that AR and 3D artists do.”

In September, we held an open call for 3D art called New Dimensions which brought about a tremendous range of works from artists such as David OReilly, Nicole Ruggiero, Sophie Kahn, Pai Lactobacillus, Jadu, and Ines Alpha. 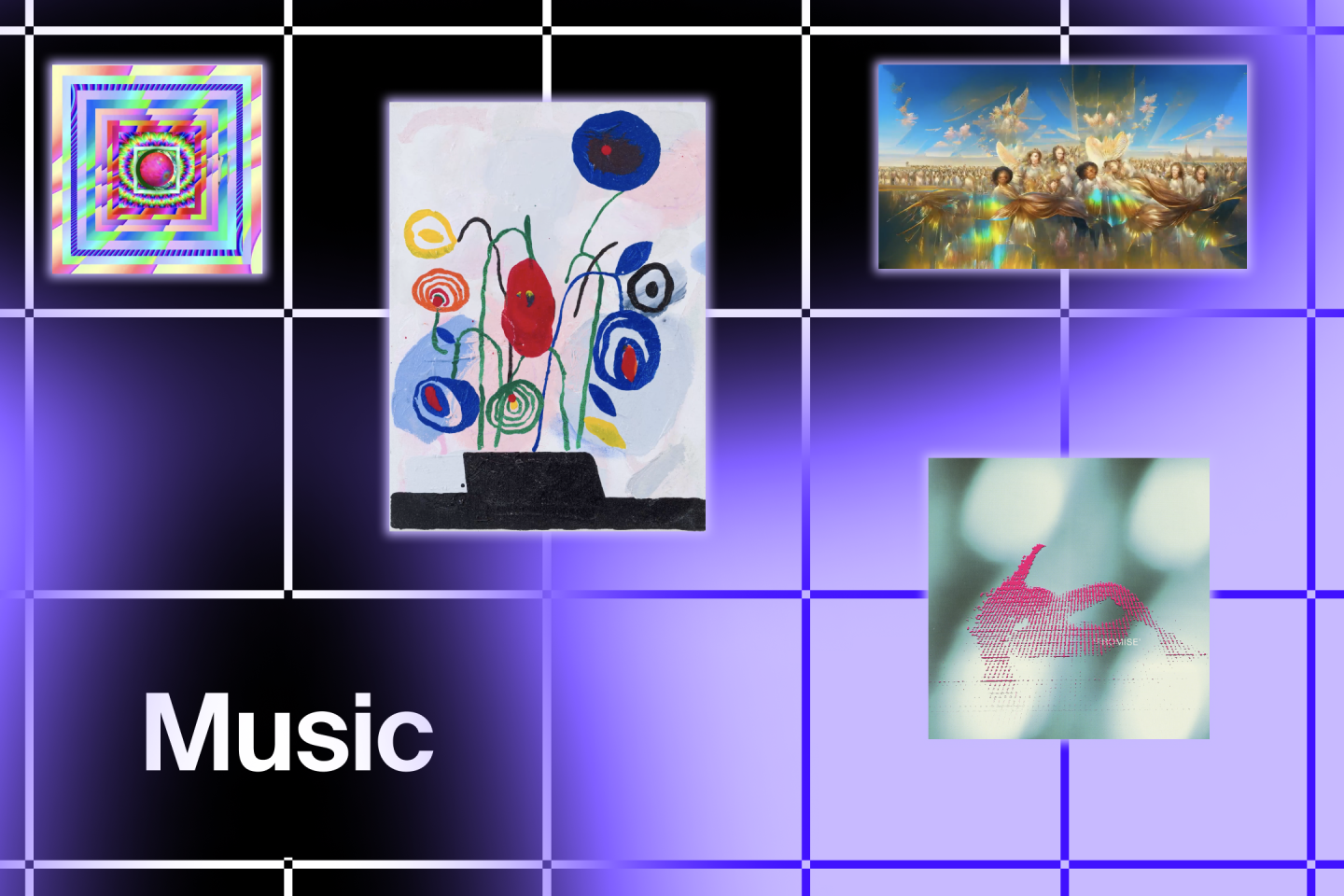 As musicians begin to experiment with NFTs, we’re seeing a number of different creative approaches. Producer Jacques Greene created his first NFT for an unreleased track, called “Promises,” to sell the publishing rights to his song. Both practical and conceptual, the work stirred a lot of early discussions about the nature of music rights and ownership.

Leaving Records is setting a new standard for what the future of record labels could look like by exploring the realm of DAOs, and collaborating with artists on their roster, like Deantoni Parks, to co-release NFTs. Musician Devendra Banhart launched his first NFT on Foundation, Moonflower, to explore what can happen when he builds a sonic identity for a visual work of art, instead of vice versa. His debut collection Believers featured ten animated drawings accompanied by original scores.

Grammy-nominated post-pop group YACHT auctioned five pieces of a new song, as symbolic, synchronous representations of the song’s key elements: a beat, keyboards, the bassline, guitar parts, and vocals. Once each of the pieces received an opening bid, the song was released in its entirety for free on Bandcamp, Vimeo, and YouTube.

The legendary M.I.A. also dropped VICKILEEKX, her prescient 2010 mixtape, in the guise of a collection on Foundation. Side-stepping a commercial release in favor of full ownership and independence, M.I.A. also minted “Babylon,” her first new track in three years as an NFT. And we’d be remiss not to mention artists Holly Herndon and Mat Dryhurst, who boldly created the Holly+ voice tool that enables others to make artworks using Holly’s voice, alongside their work on the Crossing the Interface series (which pulled from the original track “DAO,”) and their exemplary debut collection, Classified. 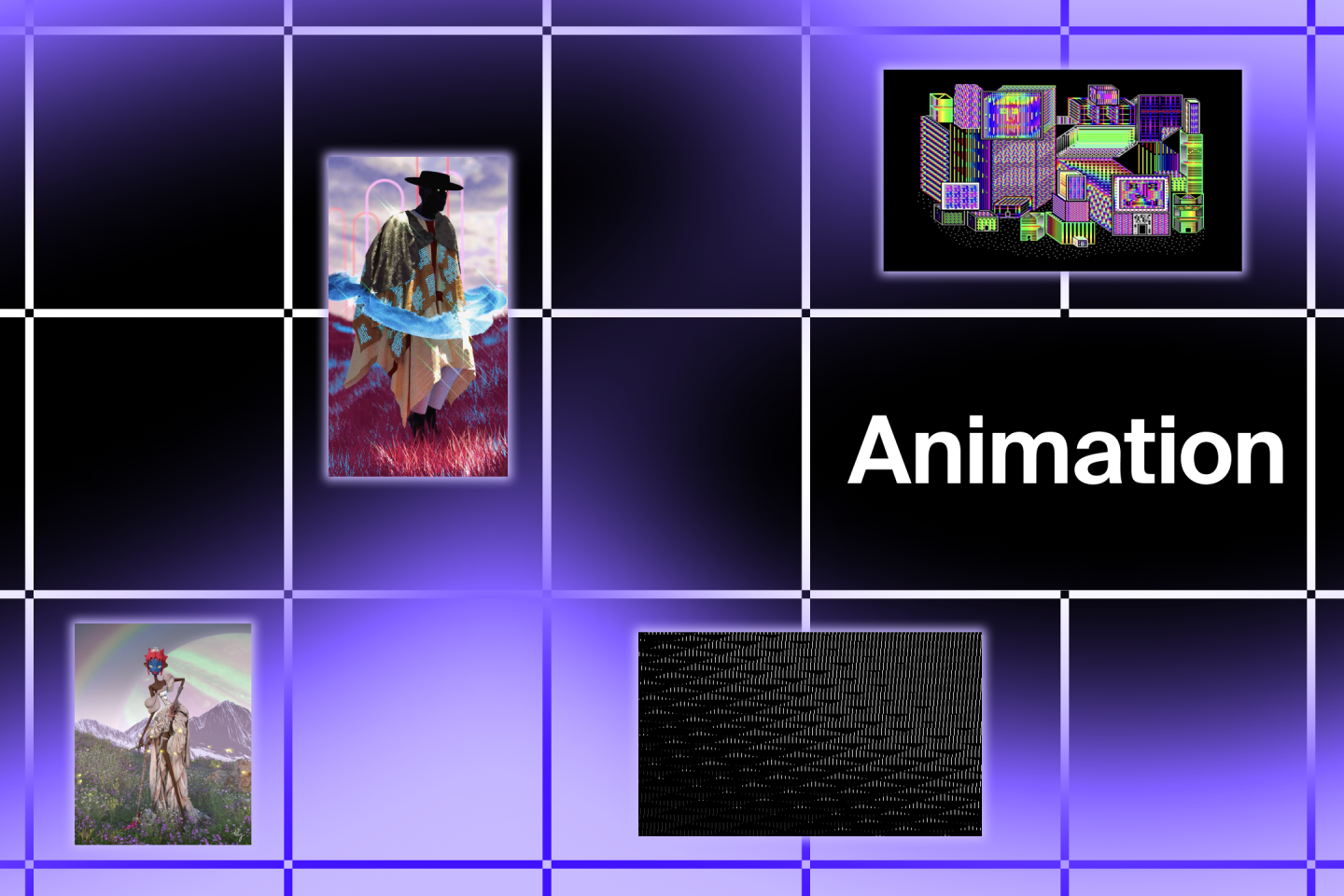 In theory, animation can be defined as a method by which figures are made to appear as moving images. But in practice—particularly with NFTs—animation has a broad range of attributes and subjects, the likes of which we are only beginning to see.

Take for instance, Nicolas Sassoon’s practice, or the work of Kristen Roos or Lorna Mills—all of which are deeply rooted in early computer graphics. Nicolas Sassoon’s use of animation is applied to early computer graphics to produce a dizzying array of pixelated forms, figures, and moiré patterns. His debut collection STORM used a six-tone grayscale palette across 28 impressions of winter storms in the Pacific Northwest.

Then you have animations by the likes of Tyler Givens, Andre Oshea, Lloyd Wright, or Katie Torn, who model visually stimulating scenes of fantasy and lure. Sara Ludy and Pak on the other hand, veer toward astral, otherworldly objects and contexts. Pak’s work Finite was famously collected for 444 ETH (~$1,689,245 USD) back in March. Now, Pak counts themselves among the highest-earning artists alive as they push the medium to new heights aesthetically and conceptually. 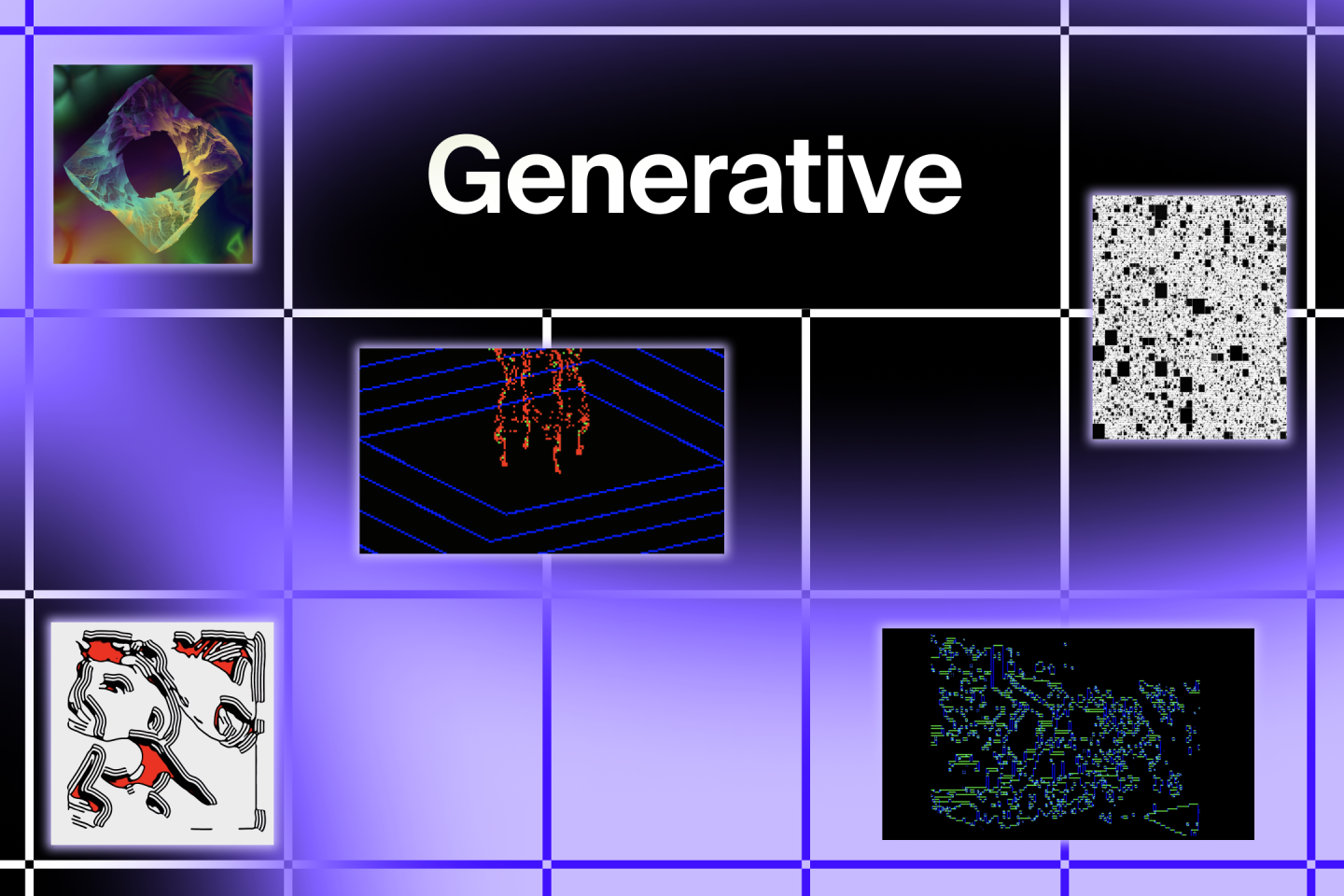 Generative Art has been (for lack of a better word) generated since the 1960s, and continues to find new applications on-chain. We initially saw the genre emerge on Foundation through prominent figures like Andrew Benson and IX Shells, and today, it’s in full force. The medium uses computer programming and core language to generate novel imagery and patterns within a system, rather than developing a specific scene or representation.

In August, eight of the top twenty creators on Foundation were minting generative art, and they've cumulatively earned more than $5.5M between them. Generative artist Shvembldr is now our highest all-time earning artist, second only to Edward Snowden, having earned over $2M in a single day. We’ve also seen pioneering AI artist Helena Sarin question the human role in the future of the genre, garnering traction and attention from collectors. It’s been thrilling to see a vibrant community of coders and hackers—some as young as 13 years old—actively creating art with machines. 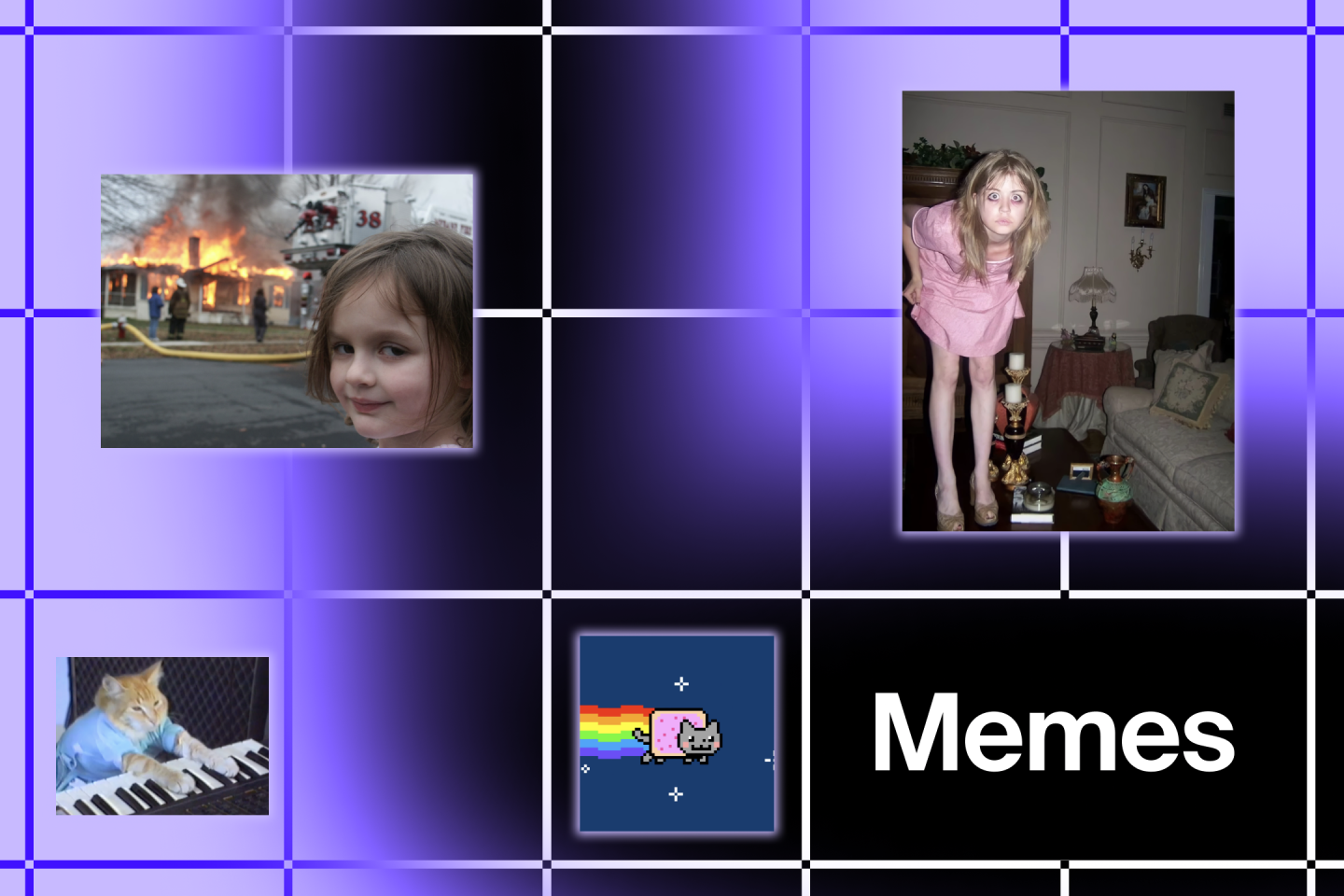 We knew memes had a bright future when Chris Torres’s original Nyan Cat sold for 300 ETH (~$600K USD at the time) back in February, and it only took off from there. Celebrated internet icons like Allison Harvard, Slyfly McCartney, and Yung Jake were a few of the artists who minted their viral creations into NFTs, alongside Zoe Roth (otherwise known as Disaster Girl), Keyboard Cat, and Overly Attached Girlfriend.

By summer, the category had grown into a full-blown frenzy, with memes like Friendship Ended with Mudasir, and the original photographs of Harambe finding their way into the mix, selling for 20 ETH and 30 ETH, respectively. And TungstenDAO emerged on the scene to amass a collection of highly memeable assets—submitted memes that receive over 1K likes within 24 hours are minted on Foundation, with 90% of proceeds going to the DAO treasury. 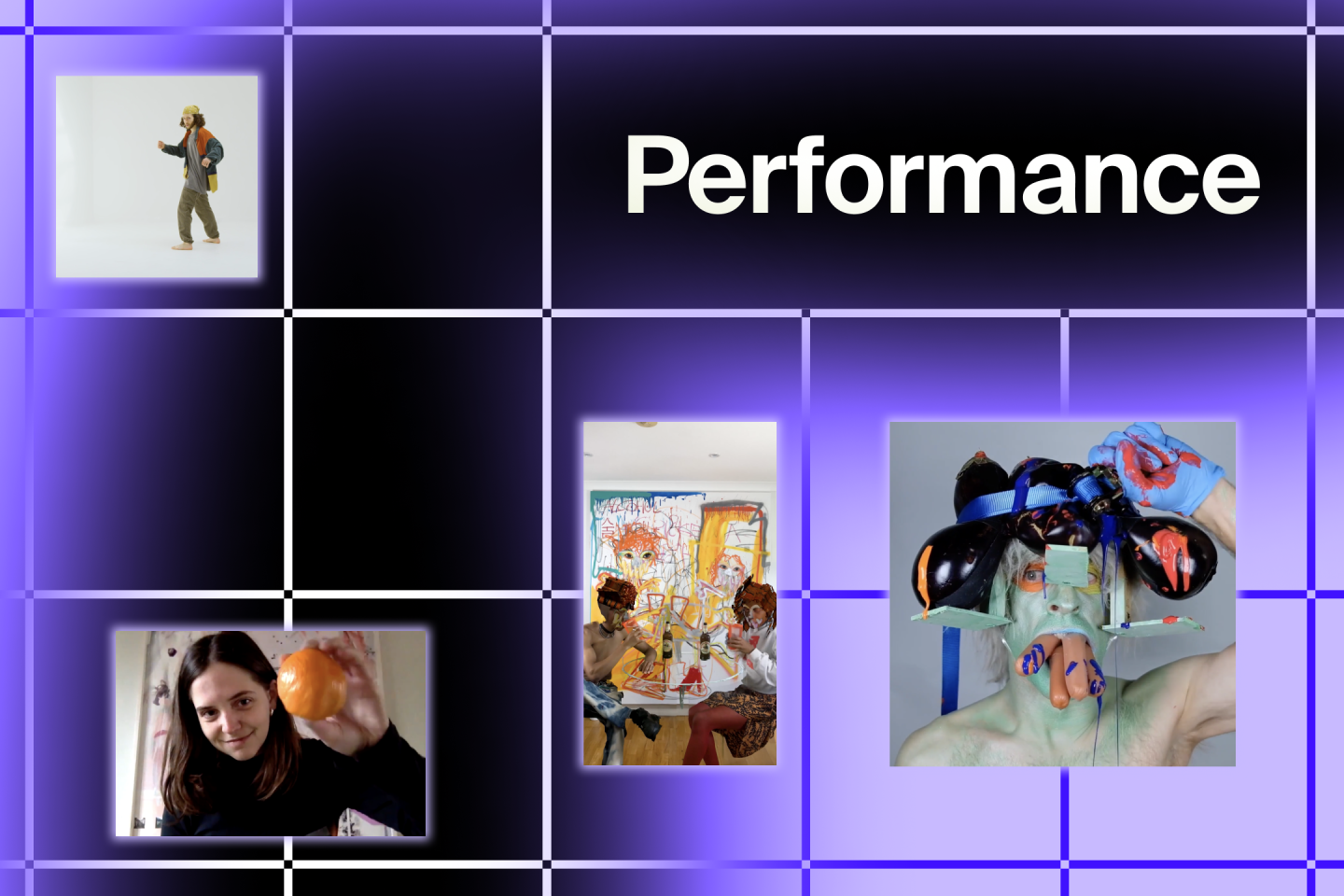 This year, we watched in awe as standout performance artworks from the likes of Katherine Frazer, David Henry Nobody Jr, Niall Ashley, Nicolás & Beatriz, Dylan Mayoral, Viktoria Modesta, and FlucT among many other talents take center stage with NFTs. While still an emerging market, works tagged #performance have collectively earned 144 ETH (~$650,000 USD). As Monica Mirabile, one part of the FlucT duo forecasts in particular:

“Currently, performance is primarily tied to the gig economy, where it is commissioned for a one-time fee that doesn't take into account a huge array of time and labor. There’s potential for some kind of ongoing support with NFTs” Tracing as far back as the 1950s, anime rose to popularity in the 80s, with stunning visuals from the likes of Hayao Miyazaki, Akira Toriyama, and Katsuhiro Otomo paving the way for many more illustrious worlds to abound. Today, a new generation of anime artists convening online have entered the fold and found success of their own, landing in the collections of well-known anime collectors like Robek World and Path.

Among the anime creators who drove the genre to wider adoption on Foundation this year are GHARLIERA, whose Girls of Armament collection of handmade avatars sold out for a total of 129.63 ETH (~$520K USD), and 0010, whose beautiful, psychedelic artistry has led to sales of over 16 ETH for a single illustration. We’ve also seen a unique series of carefully drawn avatars from Wuyi Wei, certified Pokémon card illustrator Naoki Saito works, and captivating moving illustrations from CA CHOU.