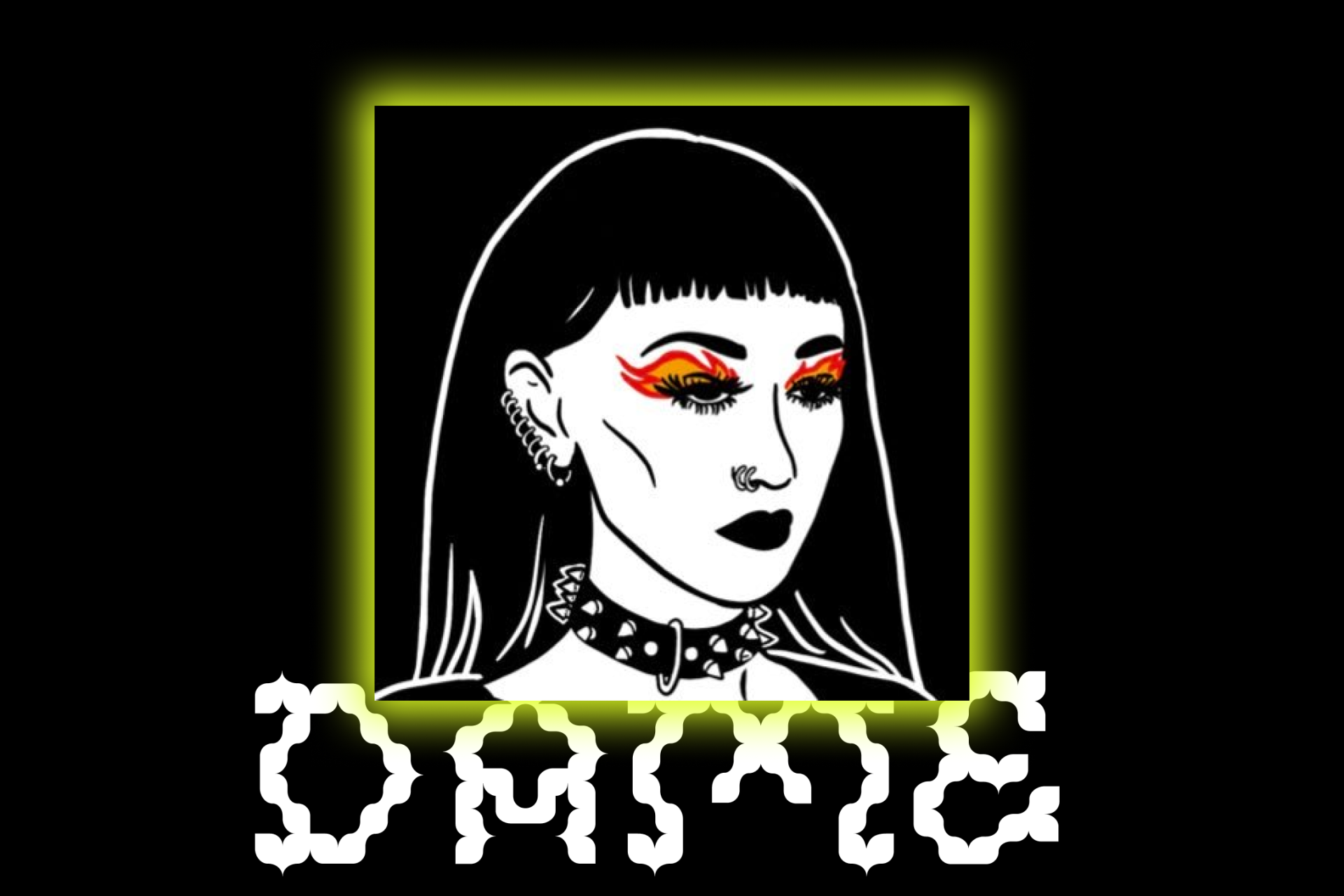 Dame on identity in web3.

Rainbow’s Community Manager, Dame, knows the in’s and out’s of wallets and what collecting means in the NFT space.

So you're fairly new to the space, but your presence is very much felt. How did you get your start here?

Dame:xf I feel like it happened by accident, but all of the stars aligned. Right before the pandemic, I was working in traditional SaaS tech companies and realized that I should probably start investing. So I started doing a lot of research on stocks, investing in ETFs, and all of that. Then after a year of the pandemic, and investing throughout it, I started becoming more aware that the crypto scene had grown a lot over the years. I had tangentially been following it, but not from the perspective of an enthusiast. I was much more of a skeptic.

I kept an arm's length from the industry for a while, but then in January of this year, I started to see more people on Twitter who were talking about Ethereum. I had never really done much research into Ethereum, but I thought it was interesting. My career has come from a very creative background of design, animation, and photography, and I follow a lot of creative people who were talking about NFTs. So I started researching, and the first people I ever saw mention NFTs were several artists minting on Foundation. One of them was Justin Oulette. After researching Ethereum, I started to fall in love with it, and realized that there was so much more to it than just finance—there was art and culture, and it was all evolving. I love art and everything creative, and so I just dove head first into it. My first wallet that I got was Rainbow. The lead designer at Dispo, Bhoka, who I follow, tweeted about Rainbow back in February. I downloaded it immediately, and I just fell in love with it, and fell in love with Ethereum, and NFTs.

She has one of my favorite NFTs on the site.

Yeah, her diploma. It's genius. I love it so much.

Around the time that I started getting into NFTs, I had a job that I wasn’t really passionate about. I want to make a difference in the world and have a meaningful impact, that’s what I really value. After several months of exploring the space, I was very privileged to have enough money set aside to where I could just quit my day job and explore opportunities in Ethereum. I just tweeted that I was interested in making my next move into web3. I thought it would take several months for me to actually land a job, but from the time I tweeted about it, to the time I actually got the job, it was probably a week. Everything moves so quickly.

On Foundation, you have quite the collection now with works from Panzer, Raven Trammell, and Jen Stark. If you had to distill your future vision of how you want to build out your collection, what would you say that is?

I view wallets as the most personal digital space that exists currently. Because I am a heavy user of Ethereum, I'm in my wallet every single day—it’s something that I'm always immersed in. I want to have beautiful and inspiring NFTs to look back at me whenever I'm in the app, which is one of the things I love about wallets. You can view art in them. I'm very much interested in collecting art that gives me joy because my entire life I've dealt with anxiety. Art has often been—not a coping mechanism—but a way to soothe and ease some of the existential fears that I have. I view art as something that makes the journey of living a little bit easier. I'm just very laser-focused on having art around me at all times.

Also, supporting artists has always been something I always wished I could do more of. Both of my parents were very art-minded, but neither of them ever made a career in art because of the issues that artists are very well familiar with.

I have created art over the years, and attempted to make my creative pursuits sustainable as a means of employment, and it's just very hard to do. So one of the things I always told myself is as I grow my career, is that if I ever got to a point in life where I have economic privilege and access, I want to leverage my resources so that artists are supported in the work that they do. It’s so important for society, but not often rewarded in the way that it should be.

Still from Microcosm #8 by Jen Stark

Your approach to collecting comes from such a personal place of understanding artists, which is refreshing when there’s so much frenzy in the space.

Don't get me wrong. I sometimes invest in art with the potential hope of financial gain. I feel like the financial investing side of it is much more on PFPs instead of projects from individual artists. But when it comes to individual artists, like Jen Stark, I'm not interested in collecting for the idea of gaining anything from it besides having the piece itself.

I wish more people would say this, but I feel like there’s a bit too much focus in the space on the idea of flipping things and making money off of them. At the same time, from the artist's perspective, I know that having an active market for your work is extremely valuable. So I see both good and bad, and it’s about finding balance between those things. I feel like to make this whole space grow and continue growing and thriving so more artists can have access to it, it's just going to require a bit more open-mindedness.

What's your Identity World all about?

Even when you ask that question, it feels rather intimidating. It's like, “What is my world all about?” I feel like I suggested the concept of “Identity” because it’s very important to me. For a lot of my life, I always felt I was an outsider. Up until working at Rainbow, I feel like I was always just the weird person in the room, like that meme of Big Bird sitting in the conference room full of people in suits.

For many years, it felt like there was something wrong with me, and I needed to try to adapt myself to the environment I was in, or change my identity. I have finally gotten to a place where  I know who I am. I’m not fully confident in who I am, but I have become more accepting and loving of who I am. If you're confident and you feel grounded and strong, it can be an amazing thing, but if you don't feel those things, your life can be very difficult at times.

Any creative work I’ve done has often been me wrestling with my identity. I often gravitate towards artists who are also processing or dealing with their identity. Collecting and appreciating art that really resonates with me makes me feel less alone.

Conceptually, I love exploring the idea of identity with people, highlighting how their identities impact their experience, especially in crypto. I think that's the conversation that people need to have more and more of.

Identity is so malleable in this space, and we're all very much being confronted with figuring out what it means in this context.

I'm changing profile pictures every day. I have some people who I consider close friends who I have never met and don't actually know who they are, which is very weird. Some people find a lot of comfort in the NFT space, because they’re able to be anybody they want to be—they’re not trapped by their physical identity or location. I live in South Carolina, which is a state where there are fewer people who think like me. In web3, the internet provides an amazing way to connect with lots of people from all over the world. I've always valued digital relationships just as much as physical ones. I don't really think that there's necessarily that big of a difference between them.

The idea of a digital dualism is starting to disintegrate.

I really relate to that word, “dualism.” I grew up in a very traditional, Christian environment and there was this very dualistic worldview that I was initially part of. During and after college, coming out of that tradition and worldview, I started to see the world as non-dualistic. Most people are still locked in a very dualistic mindset when it comes to the internet.

Even in NFTs, I see this a lot. I feel like some people have a very antagonistic relationship with the physical world. We have a lot of work to do as a society, but even on an individual level, when it comes to our relationship to the digital world. Honestly, that's why I love crypto and NFTs so much: they are forcing conversations around issues of ownership and economic value underlying the internet. We’re tackling these problems and trying to make them better.

From your perspective what's missing from this space right now?

The reason I got into this space was because I wanted to offer another perspective that I felt was not there. Almost no one would consider me a “normal person” now, but only eight months ago, I was very much a normal person who knew nothing about the blockchain. The reason I am sitting at the intersection where I am at with Rainbow and focusing on education is because we need to make this space more accessible. There’s a tendency to think, "Oh, this person is already creating educational content on this topic, so no one else needs to do it," but in my opinion, nothing could be further from the truth because there's so many different flavors that need to be made. One particular flavor of education, or learning style, is not going to meet the needs of everyone in the world. I'm very interested in bringing another perspective that people can relate to.

Tons of my friends here in South Carolina are now starting to become interested in crypto. This is not to brag, but I don't think that they would have been if it weren't for the fact that I was here and also doing it. I think that's really important. I don't want to move to New York or Los Angeles. I love where I live, and I want to see all the benefits of this technology being used right here.