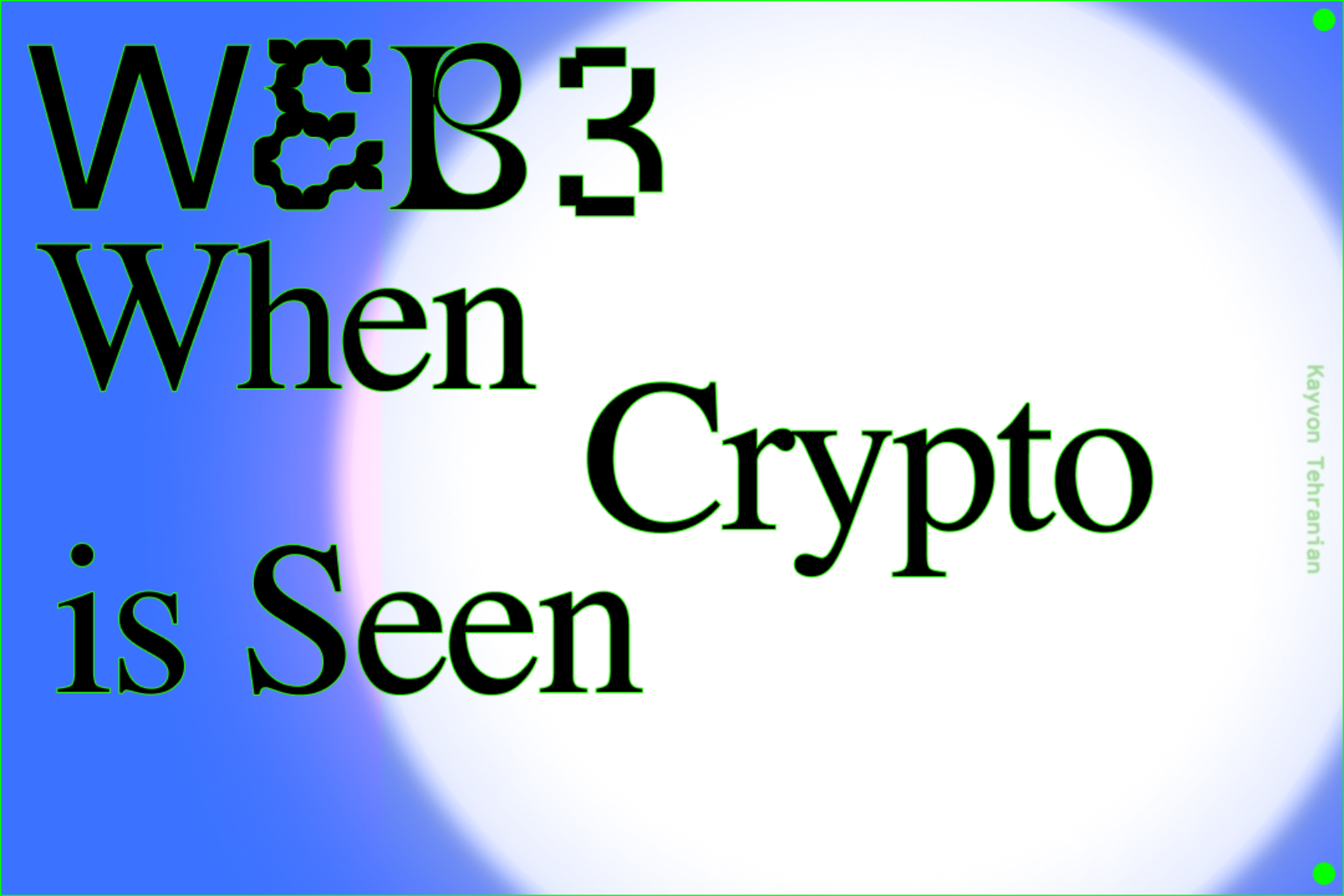 Web3: When Crypto is seen.

When we launched Foundation back in February, I articulated its design philosophy in an essay titled Crypto wants to be seen. The intent was to introduce audiences to a new way of thinking about building applications on top of blockchains. At the time, the idea that a crypto-native application could see widespread adoption without abstracting away the blockchain was controversial and non-obvious. A lot has changed in a year.

NFTs now define our zeitgeist, and crypto has expanded considerably both in scope and impact. In fact, the word “crypto” itself no longer feels apt for what amounts to a full redesign of the internet’s underlying architecture and economics. In its place, the notion of web3 has emerged — a more ambitious and prescient term for a technology that transcends the limitations of web2, and crypto’s reputation as a purely financial construct. 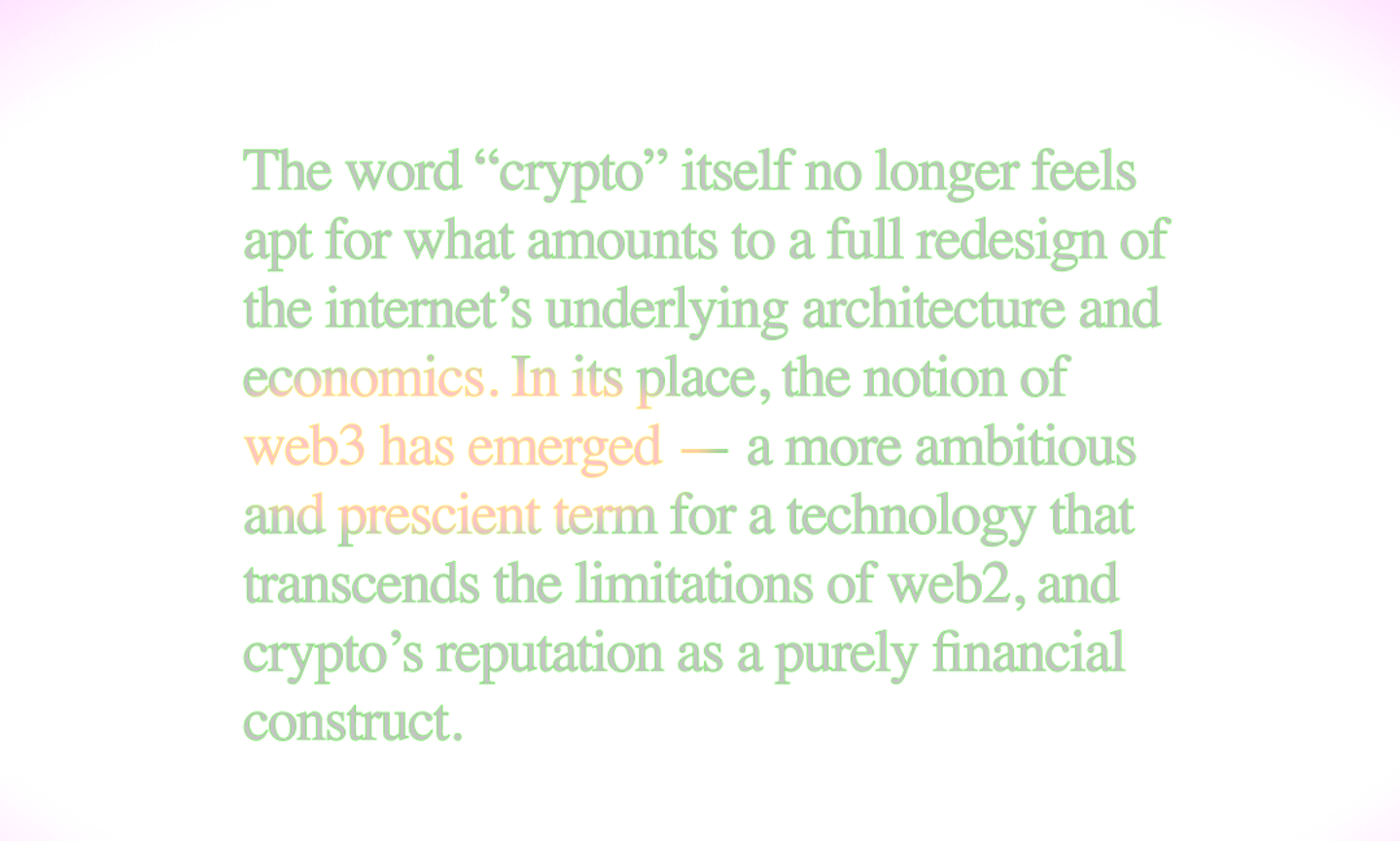 What defines a web3 experience?

Web3 is in its nascent stages, and its form and function are still fluid in most of our imaginations. At Foundation, the aim of our design process is to build true web3 experiences that will stand the test of time. So what grounds a true web3 experience? From our perspective, there are two essential ingredients:

What are the benefits of building things in this way?

Let’s walk through how these web3 principles apply to our latest feature: Collections.

Representing NFTs in the plural

We saw that artists were often creating vast series of works to communicate a broader narrative. Alejandro Cartagena’s 50 Carpoolers took off only when he minted all 50 photographs directly to his profile. While he had initially planned to share the artworks piecemeal, the overarching narrative was lost to the viewer and potential collector when the works were minted in isolation. That was a lightbulb moment for our team: artists needed a broader medium than a single NFT to tell a story.

Our product to date had been predicated on there being a single NFT that took centerstage. How could we push the medium beyond such a restrictive lens? The proposition was straightforward: allow artists to assemble a collection of NFTs in which the entirety of the series—and not a single NFT—was the focal point.

The naive, web2 solution would have been to allow creators to group NFTs via our UI and store that grouping in our database. However, such an approach wouldn’t meet the bar of a true web3 experience as previously defined, which is why collections are backed by smart contracts on Foundation.

The smart contract is the on-chain housing for a collection. It gives the collection structure and integrity in web3. It’s not simply a grouping that’s applied after the fact once a piece is minted; it’s a grouping that’s etched into the blockchain itself. 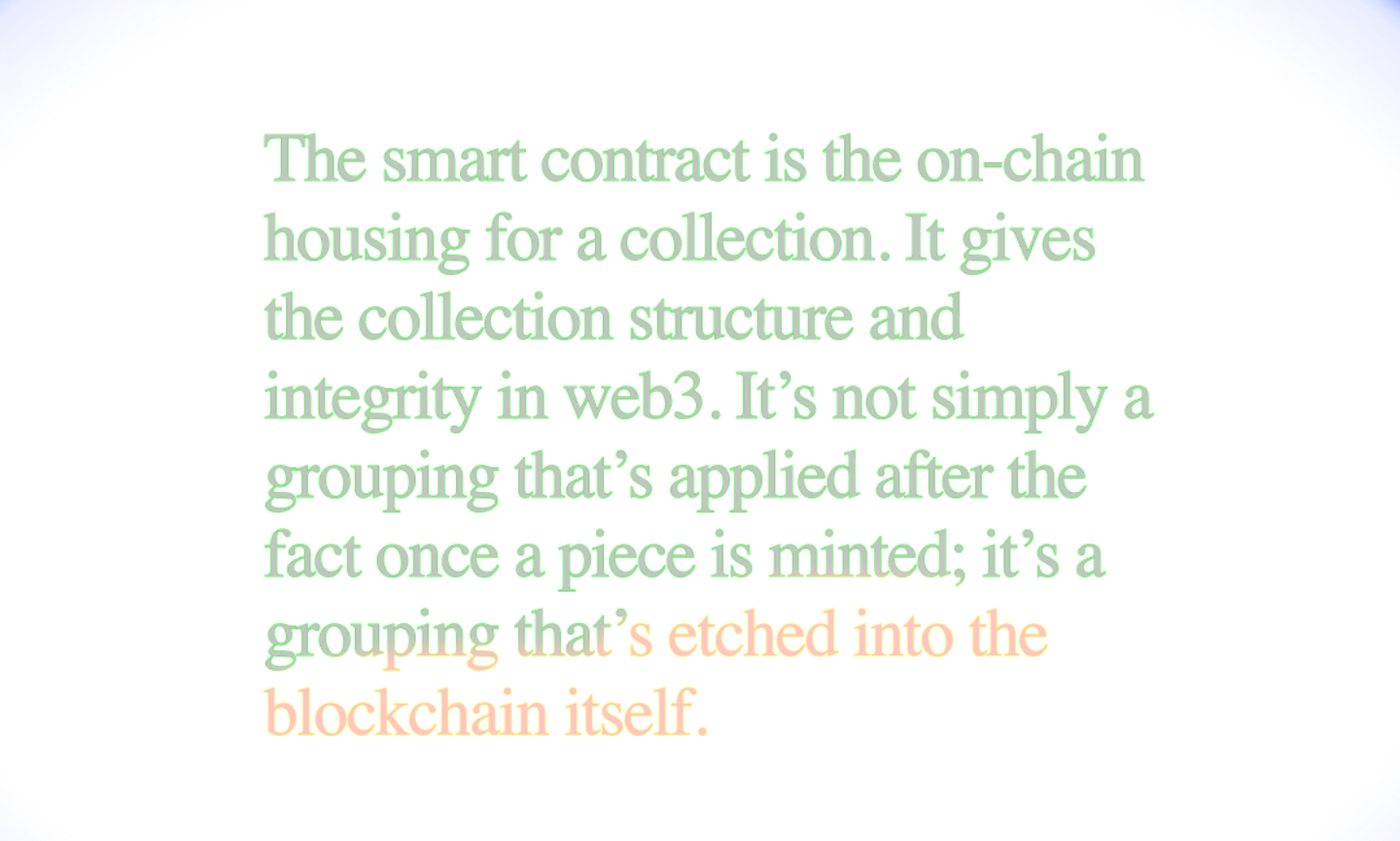 Because the collection is on-chain, it can be identified by a tamper-proof cryptographic address, displayed by any website, and compose with any other smart contract designed for NFTs.

Because it’s on-chain, it also offers strong guarantees of provenance that compound over time. Websites can disappear at the flick of a switch; the blockchain, however, is designed to be indestructible.

Moreover, the collection is non-custodial, meaning that the underlying smart contract is entirely owned and controlled by the artist. It’s not something that Foundation grants access to; it’s property that belongs solely and unequivocally to its creator.

Stewarding our community into the future

We want to usher our community into web3 with proper care and foresight. While a web2 version of collections would have been more expedient, it would have ultimately left our community in a more compromised state as web3 inevitably takes shape. Building for anything less would seem broken or backwards.

Now, our design process is firmly rooted in manifesting the vision of web3. Collections as smart contracts will stand the test of time, marrying perfectly with a future where composability, portability, and decentralization are folded into the new version of the internet—a version that works. Since publishing Crypto wants to be seen, it’s become clear that crypto is in fact seen, and what we see is a vast, new internet waiting to be built. Foundation is a place where everyone can experience web3 in its fullest. 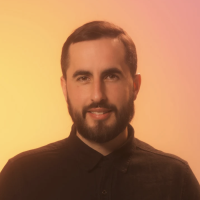