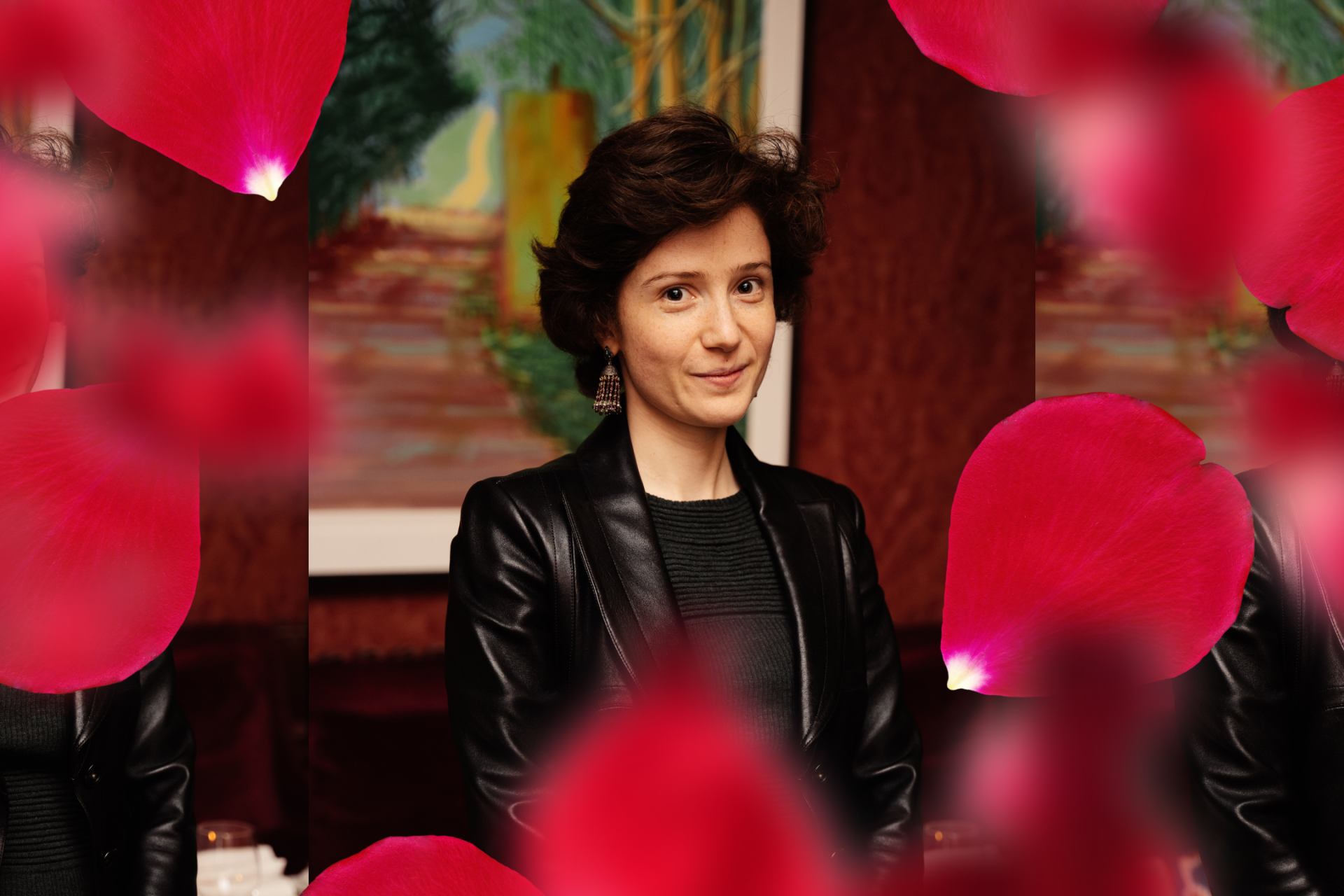 The artist and creator of Bitchcoin uses the power of language to negotiate value in the contemporary art world.

You were one of the earliest artists in crypto. It’s wild that you launched Bitchcoin in 2015, five months before Ethereum came out. Where were you looking at that time, and how did you start thinking about merging finance and contemporary art?

I was always interested in how value is created, especially when it comes to contemporary art. When I first heard about bitcoin, I was thinking about how the word “currency” was going from being a noun to a verb, it brings value into motion. Around the same time, I was also reading philosophical papers about currency, and noticed that the language to describe currency was always masculine, and gendering abstractions, which I rejected. So, I created something aggressively feminine with Bitchcoin. I worked with a gallery to turn it into a mine and mined Bitchcoins. As I was doing that, a question came up: what is going to give this currency value? That’s when I came up with the idea of backing it—like a gold standard—with my photography.

Should we view Bitchcoin through the lens of feminism?

Yes, absolutely. There’s been some pushback about the word “bitch” because it makes some people uncomfortable. But that word can both be an insult and a term of empowerment. It’s been reclaimed so many times, so it exists in a kind of funny space. The project plays with that, and is feminist, but it’s also feminine. I see an important distinction there.

Since you launched Bitchcoin, you've produced a number of large-scale projects: a collaboration with Bell Labs, the Speculations photography series, and more. It feels like all of these projects are related to ideas of value. How did they come together?

When I launched Bitchcoin, there was an incredible amount of press around it, which felt unnatural given that I was a graduate student at the time, but showed how much momentum the concept had—the idea of linking art to crypto had legs to it. The art ecosystem within crypto was non-existent at the time, and I wondered if I should try to scale Bitchcoin so that other artists could do it, too. They weren’t there yet, though, and then the hack happened and $150M was stolen which meant Ethereum had to be forked. I paused with crypto because it was too complicated at the time, and went into exploring ideas of value in the traditional finance world instead.

I manipulated stocks on the New York Stock Exchange and re-drew them on white canvases, kind of like marking your presence in a stock before Game Stop. And then I did a big project that bridged from the original chain to Ethereum, which is Cloud of Petals. Cloud of Petals was a performance with 16 male temp workers in the former Bell Labs, which is the birthplace of practically all technologies that are currently in use, including blockchain. Sixteen workers were asked to photograph 100,000 rose petals, in this giant data collecting harvest, to create a data set that would then be used to generate AI petals. The workers were asked to choose one rose petal that they considered most beautiful, which was pressed as a physical subset and is now the proof of work/the backing of Bitchcoin. I was trying to make sense of companies accumulating data to feed our design back to us, and replicate that as a performance art piece.

The projects you’re making have conceptual and visual elements, but also elements of participation, whether it’s the workers reviewing the petals, or the holders of Bitchcoin. Can you speak to that kind of participatory aspect, especially as it relates to community building?

The phrase “a cloud of petals” is a metaphor about disbursement and disintegration, so it feels very apt that Bitchcoins are linked to these petals that now exist across the metaverse. In terms of linking technology and performance, it's interesting because we're living in a moment in which tech art is finally becoming much more mainstream and a lot of it is related to technical mastery, with large screens rendering high resolution graphics, etc. I don’t fall into that category as an artist. I’m much more interested in the narrative we’re creating around technology rather than becoming a craftsman of any individual technique. I jump around from crypto, to markets, to virtual reality, to augmented reality, to AI, because the technology ends up being part of a narrative about how value is changing. How does it relate to subjectivity? How does it relate to beauty? How does it relate to the more amorphous, abstract things?

You’re very tapped into crypto. You’re seeing everything that’s happening in the NFT space right now. What are you interested in at the moment? Where will you take Bitchcoin next?

I’m still watching what’s happening right now, and exploring different approaches. It's challenging for artists to share work in the NFT marketplaces right now because we’re still so early, and most can only accommodate JPG, MOV files, etc. So, in order to break through and stand out, your project needs to either have some sort of utility or a community around it—and building a community authentically is not easy to do. Many people create incentive mechanisms to artificially bootstrap a community, which is frankly just preying on people's attention, right?

The metaverse is not constrained by physical space. There are going to be so many different metaverses, and so the question becomes: which part will command attention? With Bitchcoin, it has a historical component. It has a utility. At Art Basel, we brought together dozens of collectors for a salon. I’m building a community and constantly creating physical work as well, so I see a relationship between Bitchcoin holders being able to have more access.

Bitchcoin kind of functions also as a social token, but in terms of where it can go, I'm still figuring it out. The landscape of DAOs is still so nascent, and there are a lot of different ways to approach it—but that could be interesting. It could be structured like a company, or something more decentralized. There's no playbook right now, and I don't like to do things wrong. I don't want to create something unless I know it will be worthwhile for everyone involved.

What do you see as the relationship between your artistic practice and holders of Bitchcoin? Do holders affect the way you think about your creative process, and do you intend to give them more of a say in the future?

My process for creating work is very slow and it starts with a mix of intuition, and then bringing lots of different components together and adding layers. It takes a really long time. There’s also an element of the subconscious coming into play, which is very Jungian. Do you think a decentralized community could start to develop a collective subconscious?

That would be amazing, but I have yet to see great examples of decentralized creation. The act of creation requires a lot of centralized creativity, which is something you can't just delegate.

I think preserving autonomy in your decision making as an artist and developing trust within yourself is also very important.

Well, for example, I’m not particularly attached to how the AI petals travel through the metaverse now that they’ve been released. But if Bitchcoin was a DAO, would we need to talk about what we’re going to do with the petals? I'm not attached to that part of things. So it's a balance, and there are a number of DAOs I’m following who are figuring it out right now.

My general hope for Bitchcoin is to link something physical with the digital currency. That's a trend that I want to continue to foster. One idea I'm putting out in the universe—not necessarily for me to do—is that someone should make an NFT of land art. NFTs unlock the ability for free information to have some sort of financial value. But land art is also a free asset, right? Robert Smithson's Spiral Jetty is a free thing you can just go see. What if there was an NFT of it? And whoever owned the NFT just had their identity linked to the Spiral Jetty? I think someone should do that, and start to show how everything we create has some element of value.