Art world friends and confidants share their thoughts on championing the metaverse and serving the people.
Published on
7 September 2021
Wrritten by
Eileen Isagon Skyers 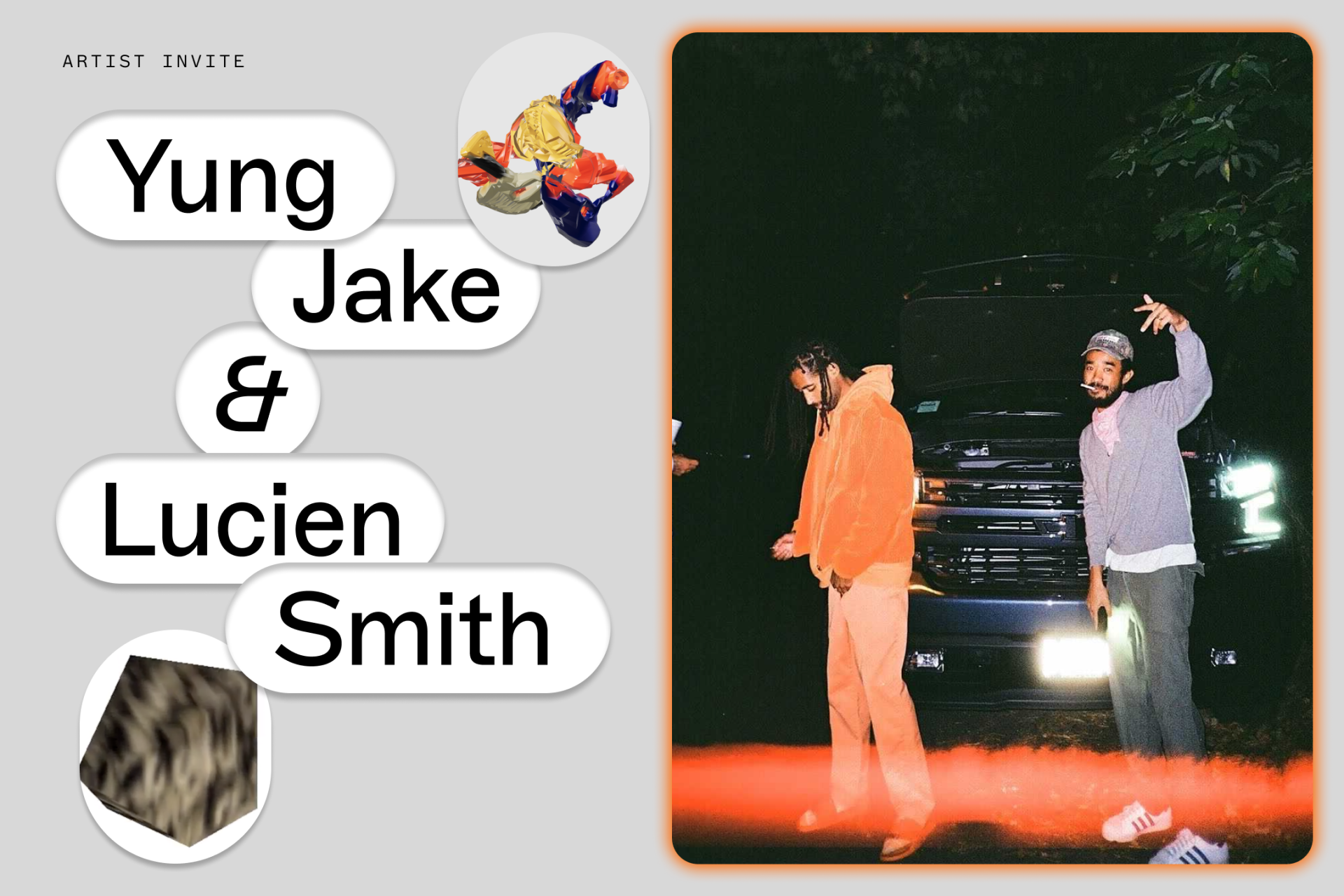 Artist Invite is an ongoing series that delves into the connections between artists across Foundation’s network and beyond. Based in LA, the prolific internet artist and musician Yung Jake is known for his wide-ranging oeuvre that spans viral emoj portraits, rap, painting, sculpture, video, and apps. He works between the realms of social media, networked space, and hip hop, commenting on the clichés of digital culture. Jake’s solo exhibition, Twisted Metal, which opened this summer in the Hamptons, included a series of paintings and sculptures composed of heat treated nerf guns. His recent 3D NFT series automated twist, places the same contorted toys in the digital landscape, where they can infinitely bend and warp into place atop virtual pedestals.Jake has long admired the work of friend and fellow artist Lucien Smith, so when asked for an invite to Foundation, he didn’t hesitate to extend one. A talented painter, Lucien has been dubbed a “wunderkind” by The New York Times. He is lauded for his successes and astronomical auction values in the commercial art world, although he has remained on the outskirts of art world politics for a handful of years, and continued to refuse gallery representation. These days, Lucien spends much of his time in Montauk, focused on fostering the work of his nonprofit, Serving the People. The organization encourages experimentation among emerging artists, and helps them gain traction and entry into the art world.

We connected with both of them to discuss their latest projects and endeavors in the NFT space and beyond.

I can tell you what they have in common, which is that I have absolutely no idea what I'm doing. But I have hope. I have recently found myself in the painter's dilemma of trying to understand what it is I want to paint, and why. It's probably the healthiest place I've ever been with painting in my career. I imagine once I figure that out, I will have an understanding of how NFTs will relate.

It's an interesting dilemma. I think I read that you moved your studio to Montauk, where you’ve been painting more landscapes recently — can you share more about how your surroundings influence your work?

I did move to Montauk—that was about six years ago. I currently live between Montauk and NYC. I have a studio in East Hampton, and I normally stay in hotels when I’m in the city. I don’t paint landscapes regularly anymore, but I have done a few. My early work was definitely very inspired by nature. I personally have a strong connection with nature.

Most of my current work actually comes from images I collect from the internet. I begin searching within for inspiration, drawing from personal experiences and history. I think I have finally reached the age where I can begin doing that.

When you’re scouring the internet for images, are you looking to collect anything in particular?

That's the thing. It's kind of the reverse. I’m just on the internet, like everyone else—and then I’ll stumble across things that I’ll drag or screenshot. That’s the starting point. Right now I’m fixated on iconoclasm: destroying, breaking, or desecrating imagery. 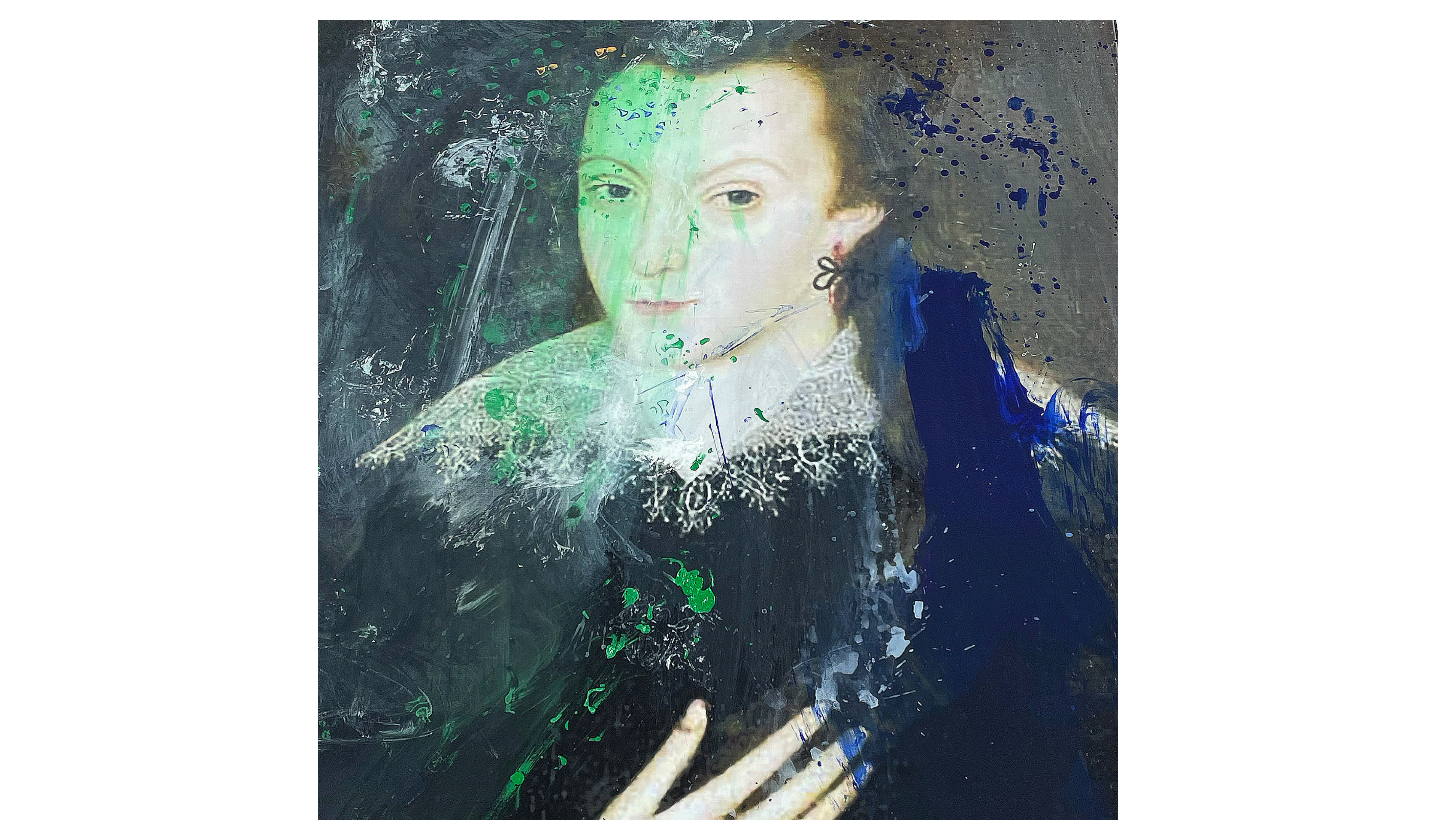 This is a very early example of where I’m trying to take it. I often don’t really know what I’m looking for.

You know it when you see it. I’m very curious about this notion of destroying the image—I’ve always been really interested in art, or media, that has a destructive, or self-reflexive, element.

As a student, I really enjoyed learning about Rauschenberg’s Erased de Kooning. I like the idea of communicating directly with art history. I’m currently working on a film about the vandalism of a famous work of art.

Speaking of filmmaking, can you share more about your most recent NFT on Foundation, A Clean Sweep, from 2013? The video has this beautifully deadpan narration from Glenn O'Brien, overlaid on cityscapes and crowds.

I was so fortunate to work on this film with Glenn O’brien. It was when I just started incorporating film into my practice. I minted it a few months ago, when I was playing with the idea of being able to monetize short films. I think this could be such an amazing industry especially for young filmmakers. Imagine owning the rights and privileges to short films of some of the greats: Tarantino, PT Anderson, Spielberg, Haneke—before they became the filmmakers they are today.

I'm really curious to hear your perspective on the secondary market as it relates to NFTs, given some of your success in the traditional art market.

It’s definitely my main focus right now. Serving the People is working on an interesting marketplace for physical artworks attached to cryptography, we see a real future with smart contracts, and artist ownership redefining the landscape, and potentially blurring the lines between the “primary” and “secondary” market. I know the blockchain possesses the capability and functionality to fix a lot of the issues of the physical art world, and NFTs have really helped me see that possibility.

Do you have any new physical artworks that you plan to mint anytime soon?

I’ve put a hold putting out any more paintings until STP’s platform is up and running. For me,  the world and functionality don’t exist yet for the art I want to make. I want to be able to exhibit and trade physical works online, attached to cryptography. Right now that doesn’t exist, so I am working on building that. I sold a painting as an NFT, which went well, but there were still a lot of manual processes involved.

I’m curious to hear more about your friendship with Jake, who invited you to FND 🙂 what are your thoughts on his run in the NFT space thus far?

I've known Jake for quite a while, ever since I began visiting Long Island. I'm a big fan of his work and I’ve witnessed the success it has had in the digital space. I think artists like him have been without a real secure way to trade and monetize their digital work. Seeing it find a place and a market that works is very exciting, and very needed.

You just closed a show at Tripoli Gallery in the Hamptons, right? I’m really curious to hear more about your Twisted Metal series.

You can find works from that series on the internet. The paintings are made of distorted nerf guns.

It’s a really interesting use of material, they’re warped into these multicolored abstract compositions, almost unrecognizable as toys. How did you go about collecting all these nerf guns? And what made you decide to translate these into 3D NFTs?

I found them through eBay offer up and craigslist. I really just wanted to see what they would look like as simulated objects

I'm looking at your website through the simulated 3D sculptures on virtual plinths. I haven’t seen a lot of abstracted metaverse spaces like this. What are your thoughts on the emerging metaverse? Will we be moving our full digital lives there, or do you think it is just the next big internet enterprise?

It’s only gonna get better. As the graphics and technology get better, the metaverse will eventually reach a point where it’s indistinguishable from our familiar reality. 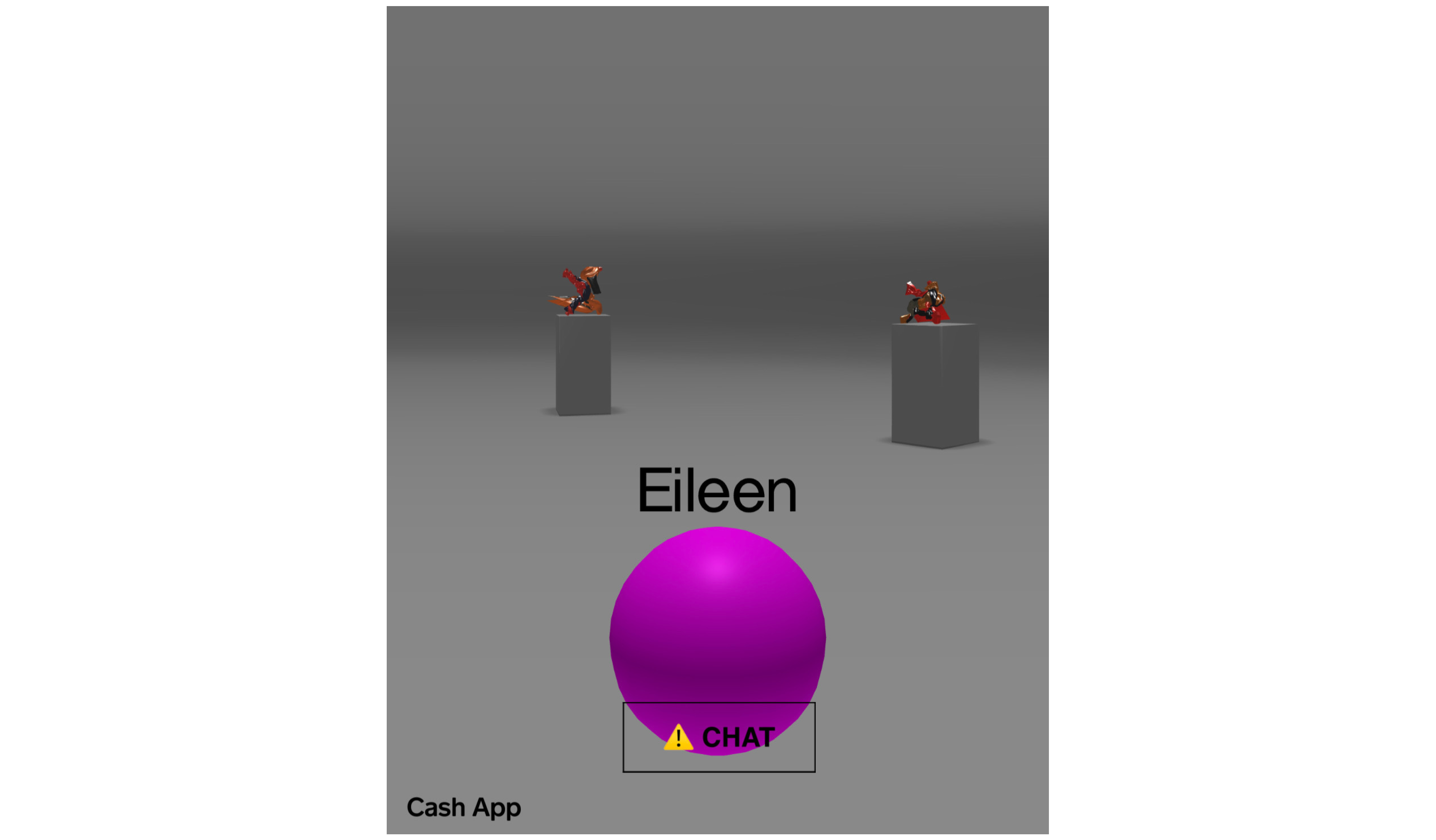 Can  I ask about your current relationship to your ongoing emoji portrait series? Do you ever tire of being associated as the “emoji guy” or the “art world’s favorite rapper”?

I don’t really care. People like to make associations to make things easier to understand.  I will continue to balance making what I feel like with whatever pleases the larger audience. It’s part of being an artist.

Would you say that your work or approach to music and digital art has changed since NFTs?

I make work with NFTs as an extension of the work that I would have already produced.

How do you decide which series to work on and when? What influences you to create a portrait of a specific icon, or celebrity figure?

Well, it’s mainly context and relevance. I do a lot of tributes. For NFTs,  I like to do tech-related figures. For the shitty emojis series, I do fans, and a lot of stream of consciousness characters. The twist works were informed by the ™ ͯ series. 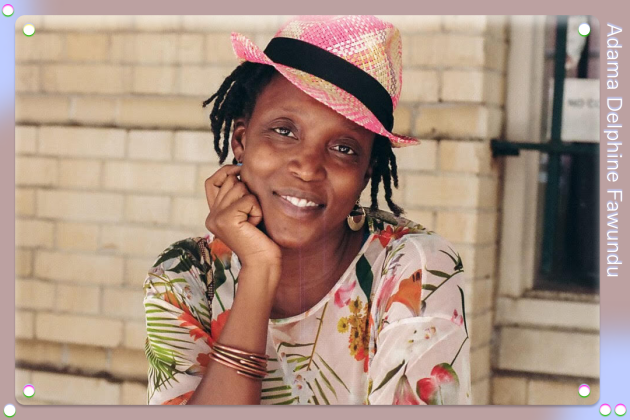 Adama Delphine Fawundu on weaving the past with the present.

The multimedia artist explores heritage, identity, and indigenous knowledge through a deeply immersive and spiritual practice. 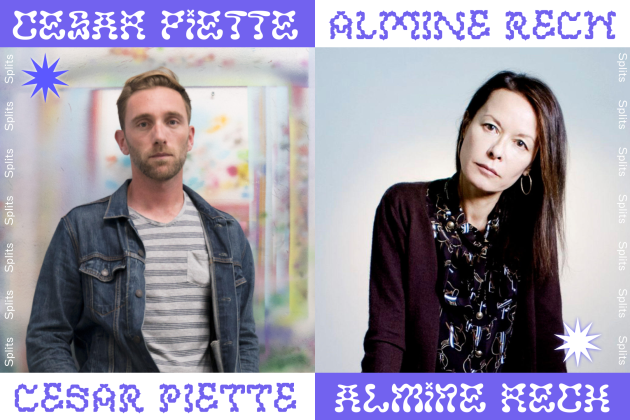 Alongside Cesar Piette's exhibition at Almine Rech London, the artist is bridging the physical with the realm of NFTs. 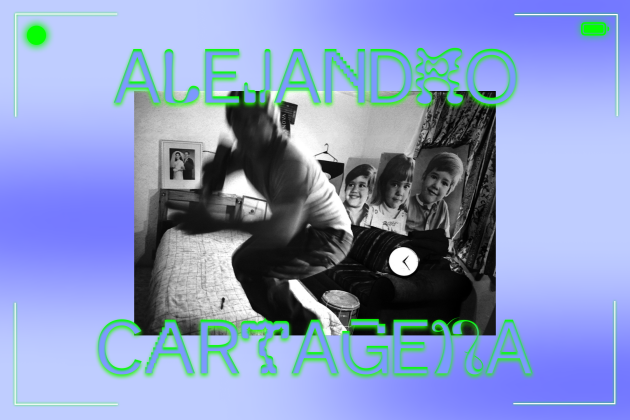