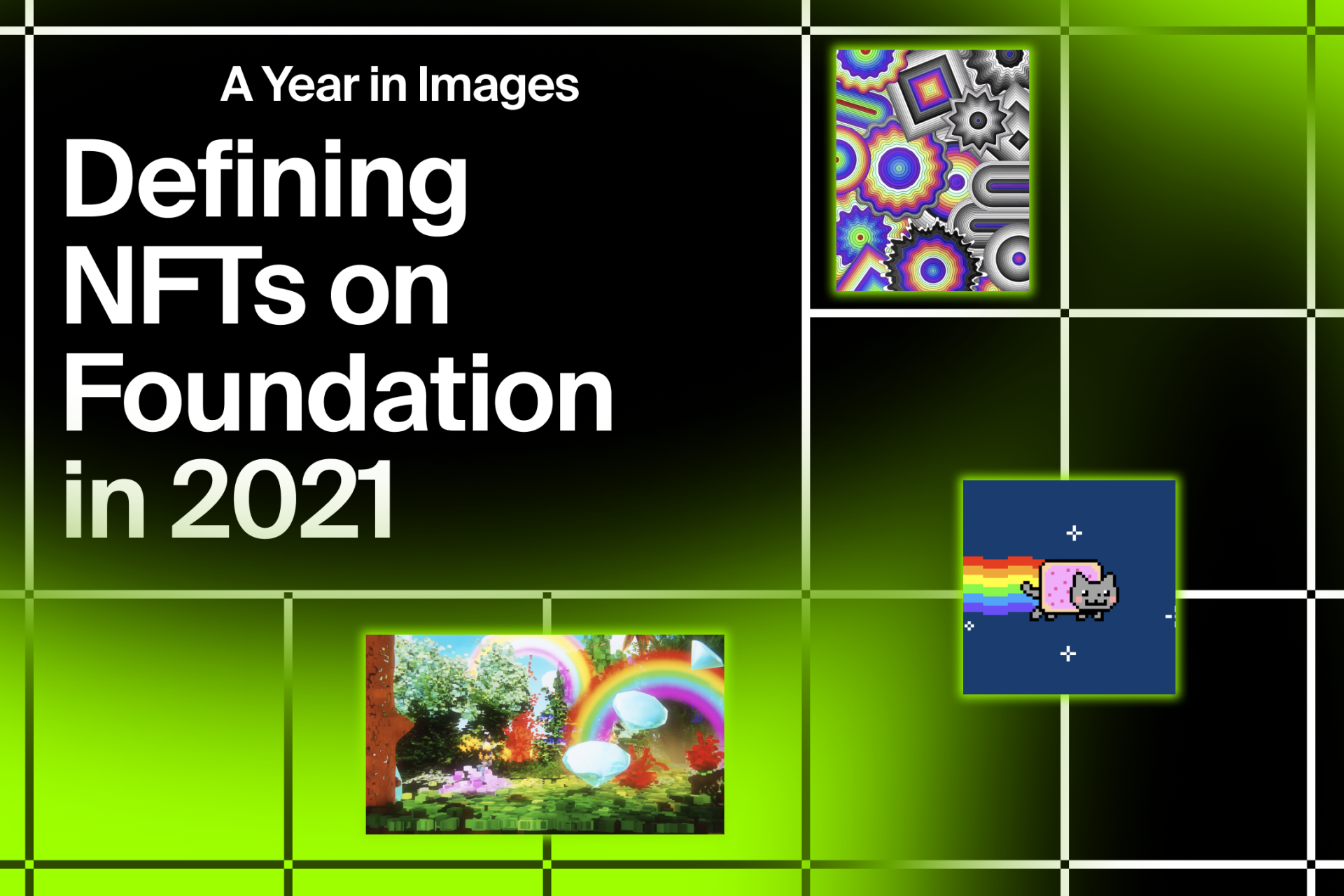 A Year in Images: Defining NFTs on Foundation in 2021

Between artists, cats, and activists, this was the year that creators found support through NFTs—and broke industry-wide records and trailblazed cultural movements on Foundation.

When Foundation launched in February 2021, we asked a group of artists to share their digital work with a crypto-native audience, with the aim of putting power into the hands of creators. We introduced a peer-to-peer invite system with the goal of decentralizing curation, which led to photographers inviting other photographers, performers inviting authors, graphic designers inviting fashion designers, and more—an unprecedented number of creatives began navigating through the new possibilities for sustaining and supporting their work.

Fast forward a year, and there are nearly 25,000 creators and 20,000 collectors on Foundation. The experimental creative economy that has come together here is well on its way to reshaping, challenging, and navigating what it means to build in web3.

Throughout the year, we’ve heard countless stories about artists whose success with NFTs led them to quit their day jobs, put a down payment on a house, or pay off their student loans. These artists also recommitted to their creative practice, devoting more time to what they do best: observing, listening, learning, and sharing their thoughts, stories, and creations with the world.

Here, we’ve collected some of the breakthrough, culturally-catalyzing moments on Foundation as a way of reflecting on how far the community’s come over the last year.

With views in the millions, this animated cat with a pop tart body has become emblematic of virality, memes, the internet itself, and NFTs as a phenomenon. Creator Chris Torres first uploaded Nyan Cat on YouTube in 2011, where it quickly became a global sensation. In February 2021, he minted Nyan Cat as an NFT on Foundation, stirring an enormous amount of attention as the first well-known meme to be sold as an NFT. The piece was collected for more than 300 ETH (~$600K USD at the time). NFTs can become more valuable as the work is viewed and shared online over time, which is one key reason why memes have erupted on Foundation. We subsequently saw impressive six-figure sales for meme creators such as Disaster Girl, Overly Attached Girlfriend, and Keyboard Cat, among others. 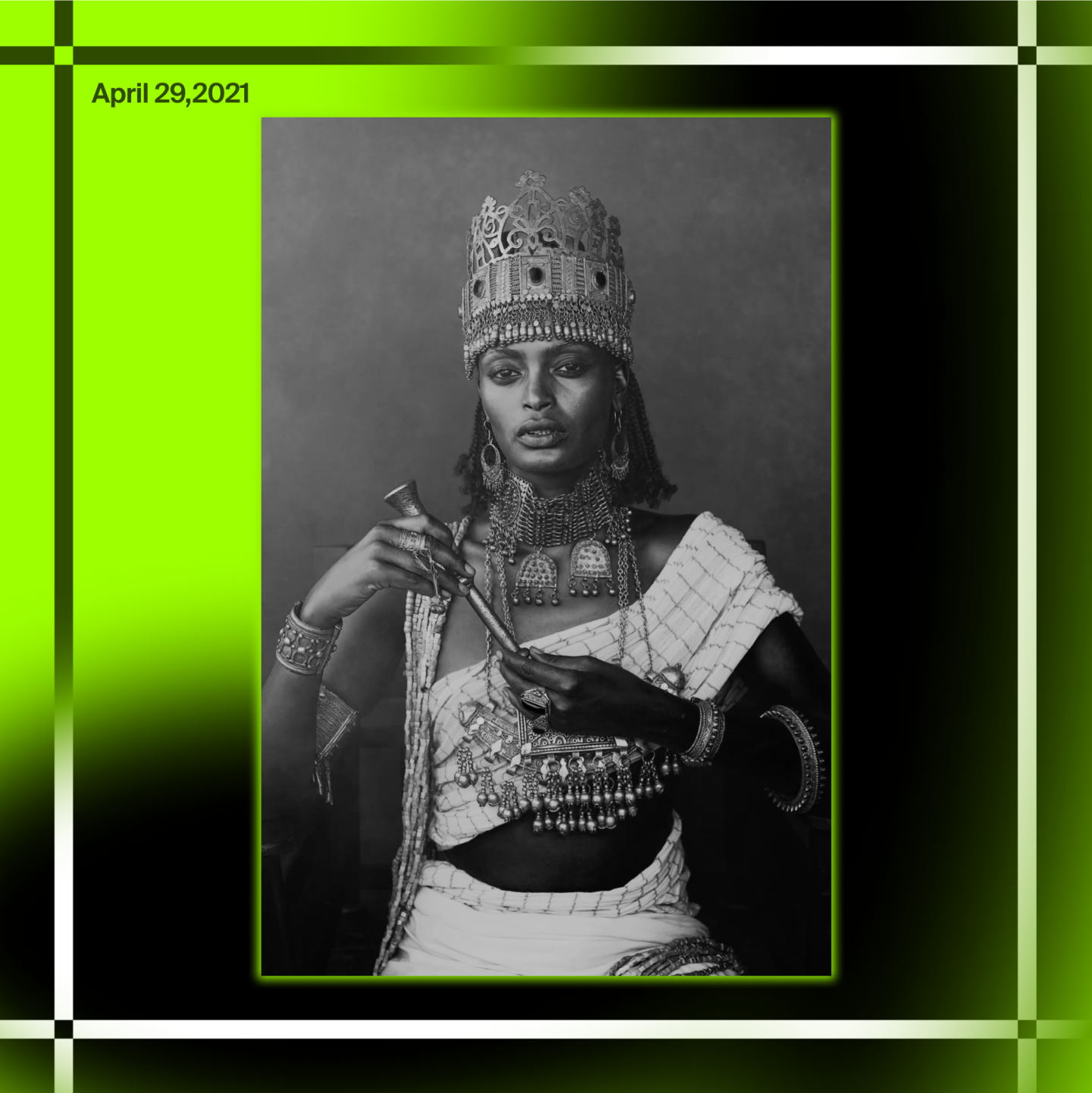 Movement of the Ancestors, Yatreda

Based in Addis Ababa, Ethiopia, Yatreda  (ያጥሬዳ) brings a powerful approach to NFTs by preserving Ethiopian culture and history on the blockchain. The family of artists made their debut on Foundation in April, with a stunning series of motion portraits featuring heroes and heroines of Ethiopia’s past. At the time, their genesis series made waves, selling out for a total of over 13 ETH—netting the equivalent of ~$40K USD at the time of sale. Their following series, Movement of the Ancestors, more than tripled that number, netting 50.29 ETH (~$163K USD) with the 12 works distributed among 8 collectors. Their latest collection Kingdoms of Ethiopia is another sign of the powerful works created by Yatreda, and they continue to show no signs of slowing down.

“I can make both outsiders and my people aware of Ethiopia through beautiful digital art. I can tell my future daughter she doesn’t have to worship an already well-known foreign person. Everything is already here, in our history.” — Kiya Tadele of Yatreda 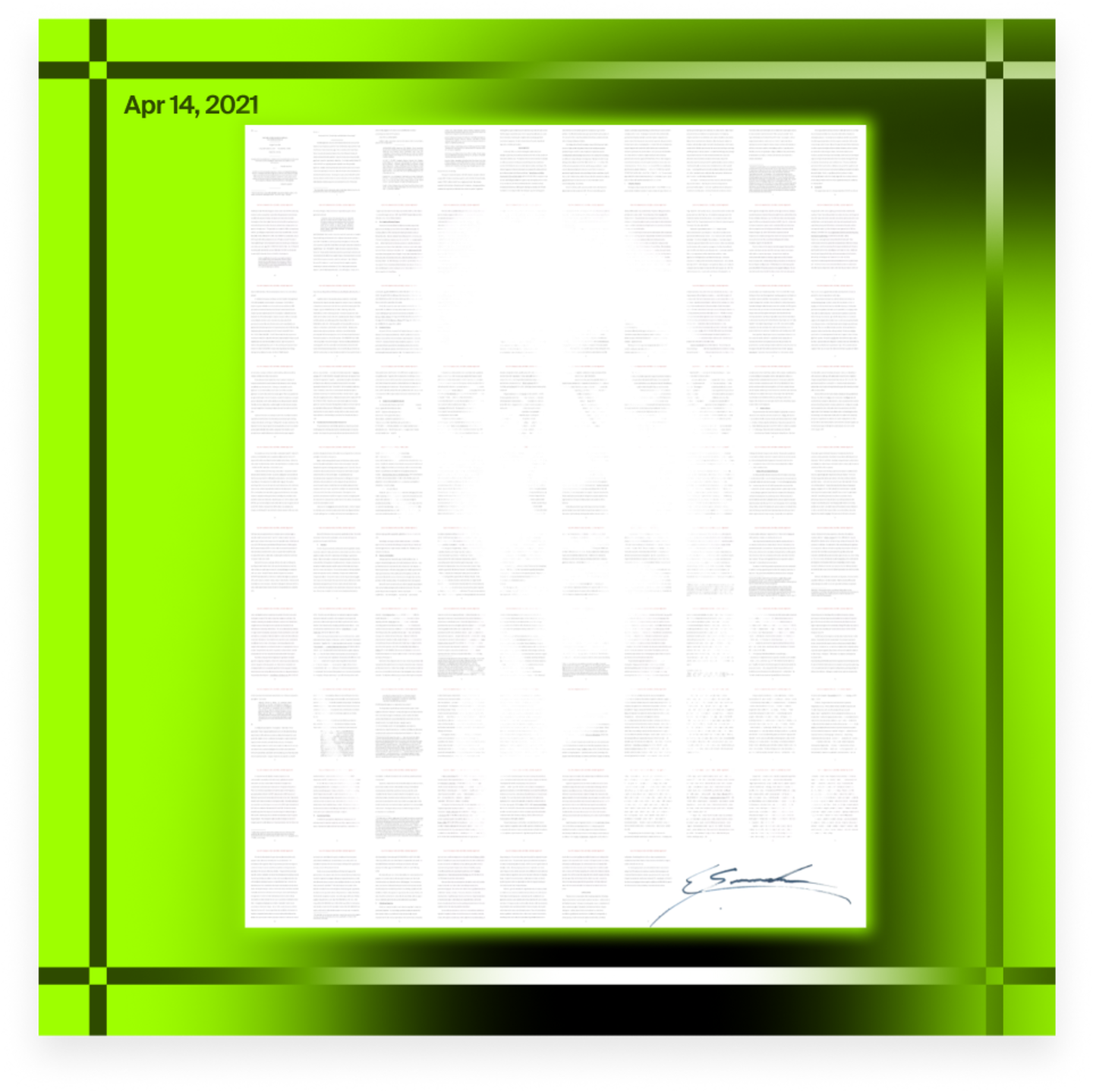 Stay Free, Edward Snowden and Freedom of the Press Foundation

Whistleblower Edward Snowden serves as the President of Freedom of the Press Foundation, a nonprofit that protects, defends, and empowers public-interest journalism. Together, they created a unique, signed work that combined the landmark court decision ruling that the NSA's mass surveillance program violated the law, with an iconic portrait of Snowden by the artist Platon. The auction immediately took off with major collectors like Mondo, Rulton Fyder, Jesse Powell, AAA, and PleasrDAO bidding on the work over the course of its 24-hour run. Snowden stirred activity for the auction by tweeting each time a new bid was placed—seemingly all of CT and beyond tuned in to watch the record-breaking 2,224 ETH sale. We all celebrated alongside the collectors, PleasrDAO, who pooled together funds to support this important cause, setting a new precedent for DAOs, fundraising, and building history-making NFT collections. Stay Free is currently the third highest-selling NFT of all time. 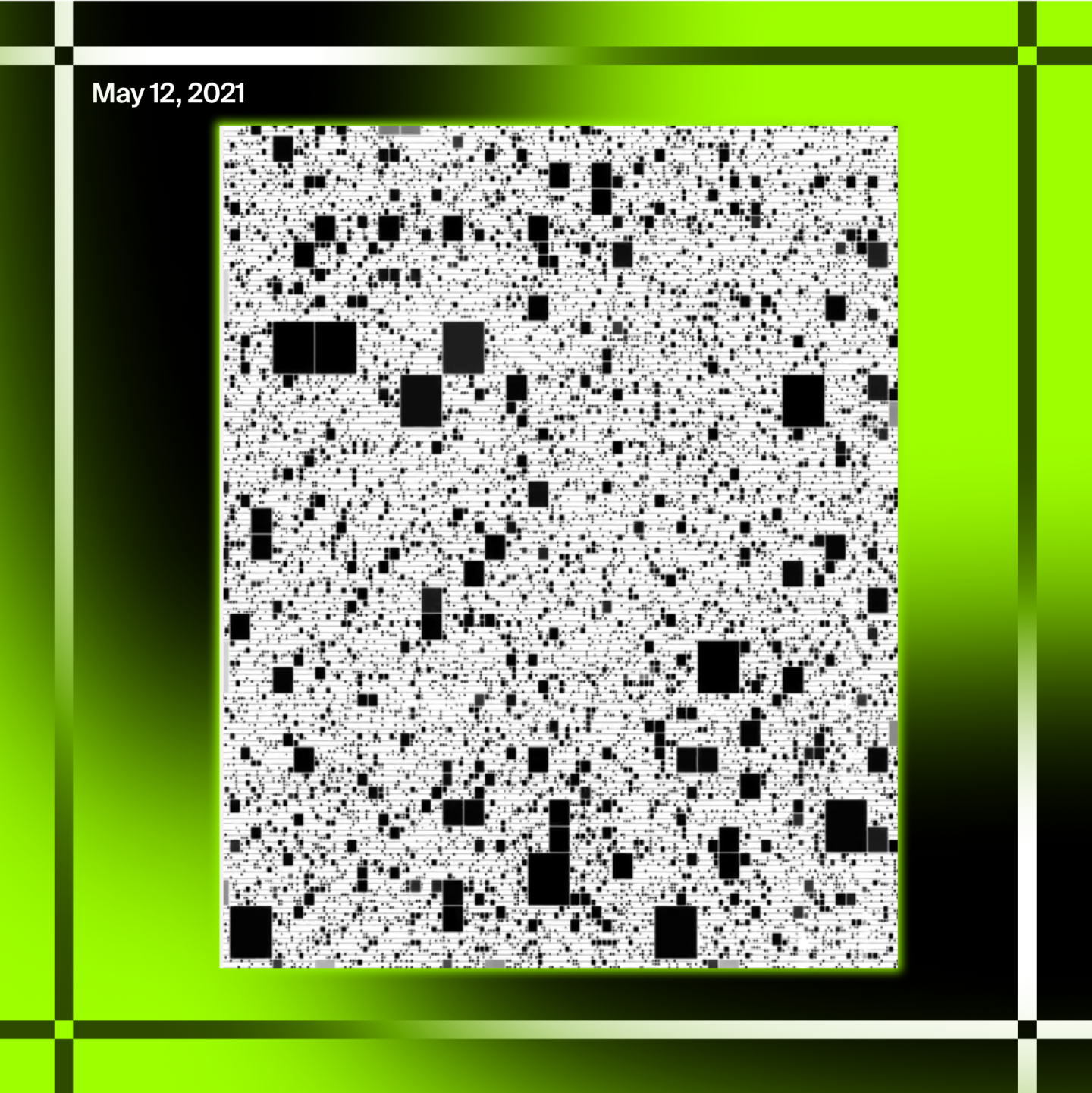 Dreaming at Dusk, Itzel Yard and The Tor Project

Itzel Yard—also known as IX Shells—became the highest-earning woman artist in NFTs after Dreaming at Dusk was collected for 500 ETH (~$2MM USD) on Foundation in May 2021. Her success was the result of many years of creative coding and community building in the generative art space, a striking aesthetic, and rigorous dedication to her practice. She partnered with The Tor Project, developers of the anonymous decentralized Tor network, to create Dreaming at Dusk, a generative work using the first Tor onion services key. The phenomenal sale broke new ground, establishing new heights for women artists in NFTs. Itzel has since become an avid collector and supporter of fellow artists, with works by Andrew Benson, Nicolas Sassoon, Zoe Osborne, Raven Trammell, and more in her collection on Foundation. 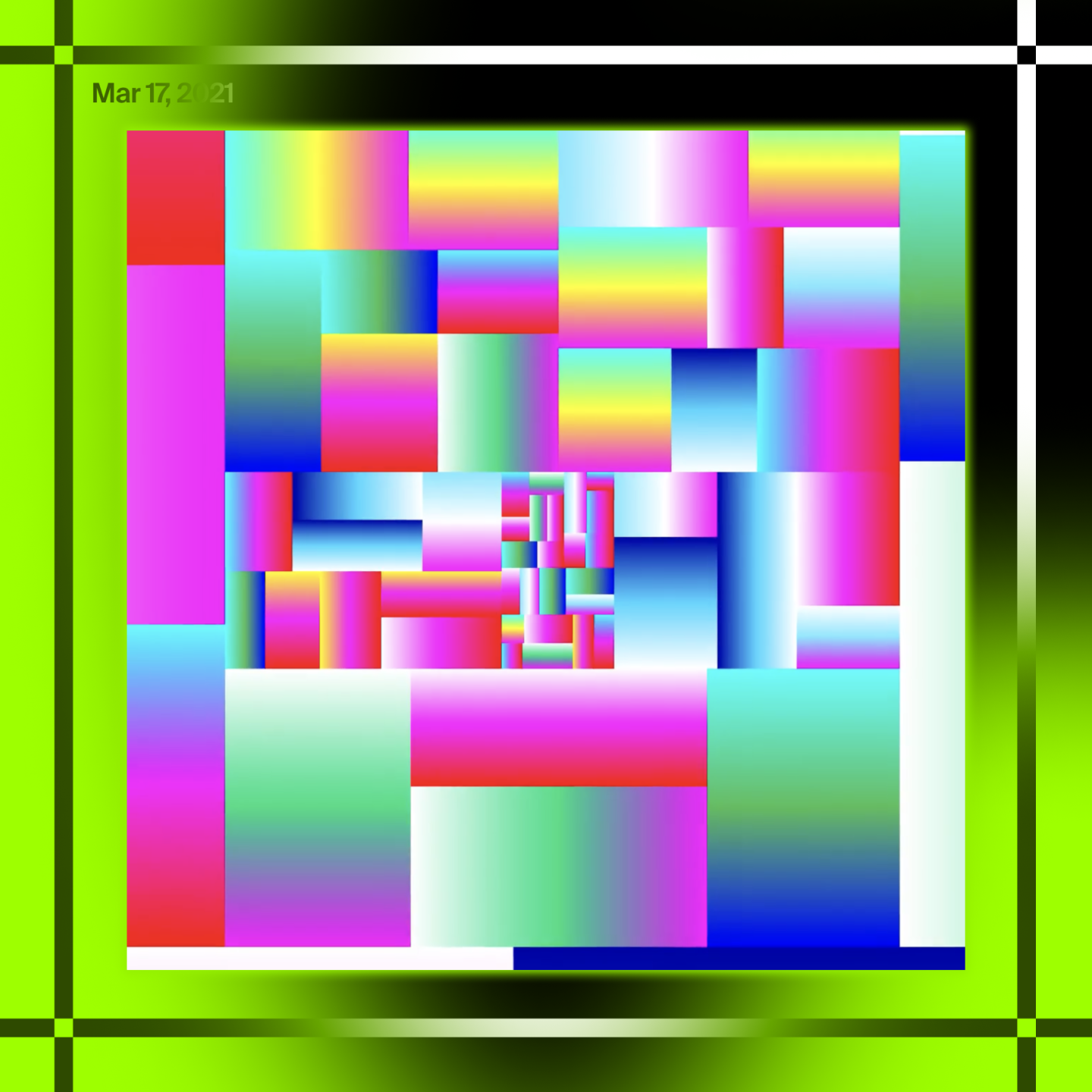 Rafaël Rozendaal has been a prominent figure in the net art scene for decades, having developed a canonical Art Website Sales Contract as a way to monetize his ongoing series of net-based artworks. This year, he brought his highly graphic, brightly colored abstract animations to the NFT space, captivating everyone to immediate success. Today, Rozendaal has made over a million USD in NFT sales, with works in the coveted collections of the most well-respected buyers in crypto. Some of his highlight sales on Foundation include Deep Blue and Fear of Choice—both collected by 3FMusic, and his genesis piece Within Without, collected by Mondo. 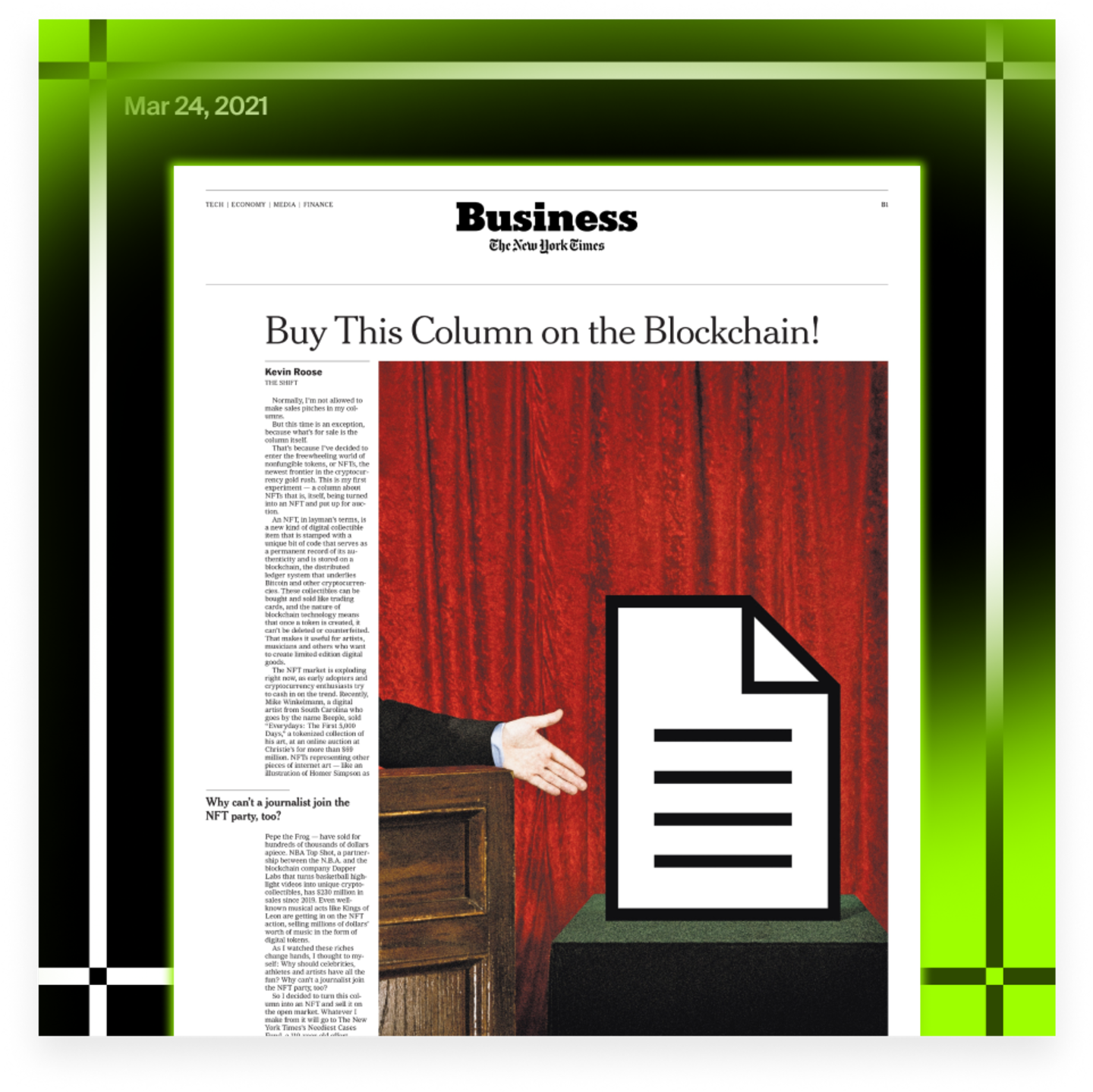 When NFTs were beginning to wildly catch on in March 2021, The New York Times tech journalist Kevin Roose wrote an article about the process of minting an NFT on Foundation—and then minted the article itself. On Twitter, he offered to interview the winning bidder for a follow-up piece, which inspired many active bids. Ultimately, the article sold for 350 ETH (~$600K USD at the time), all of which went to The New York Times’ Neediest Cases Fund. The author’s experimental approach wound up benefiting a great cause, while helping to demystify NFTs for a broader audience. 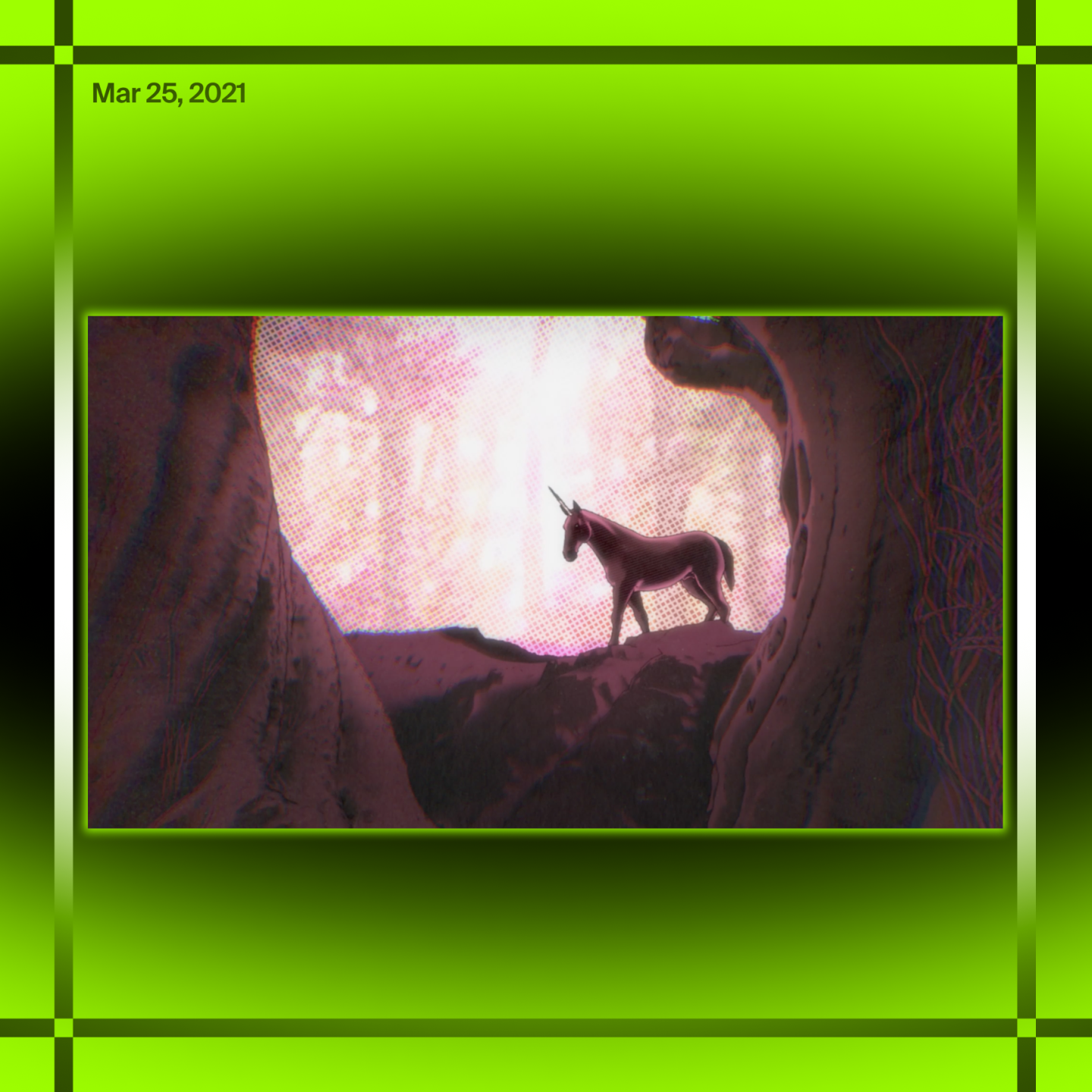 pplpleasr's genesis NFT on Foundation x*y=k, marked the announcement of Uniswap's much-awaited V2. For years, she built up a community of devout admirers within the crypto space by creating original animations for DeFi protocols. With x*y=k, she tells the story of Uniswap's unicorn mascot bringing life to a desolate land, awakening elements of DeFi, and illustrating how bonding curves can break barriers.

The auction for x*y=k inspired the formation of what would become one of the most influential collector DAOs in NFTs: PleasrDAO, named after pplpleasr. The piece was ultimately collected for 310 ETH (~$1.2MM USD), making pplpleasr the high-earning woman artist in NFTs at the time. In a video about the making of the piece, pplpleasr noted that funds from the auction would go directly to nonprofits supporting AAPI representation—another important thread within the artist's approach to NFTs is fundraising for causes she cares about. 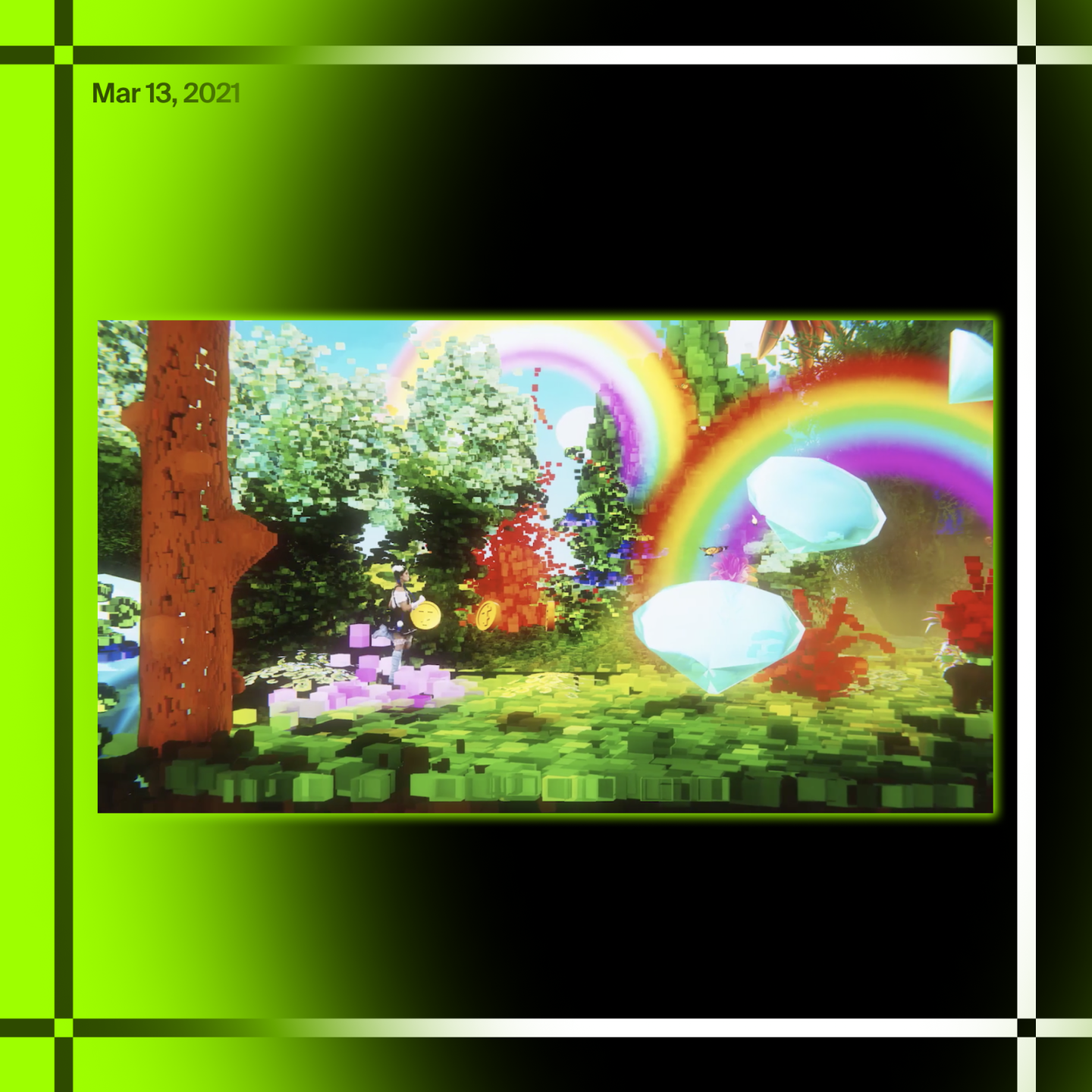 After decades of experiencing censorship and incarceration for politically-motivated art, the Russian anarchist feminist group Pussy Riot, found new networks of support within the NFT community this year. Nadya Tolokonnikova of Pussy Riot, has become an important voice within the space, saying, “I’m excited about any tool that helps me undermine the existing system of the status quo. Pussy Riot has never worked with an art gallery or record label. We’re constantly looking for other ways to meaningfully engage with people who support us.”

In March, Pussy Riot minted Panic Attack, four music videos featuring a photorealistic hologram avatar of Nadya as their NFT debut on Foundation. The works were collected for a total of 178 ETH (~$800K USD at the time), with the funds directed towards victims of domestic abuse in Russia. 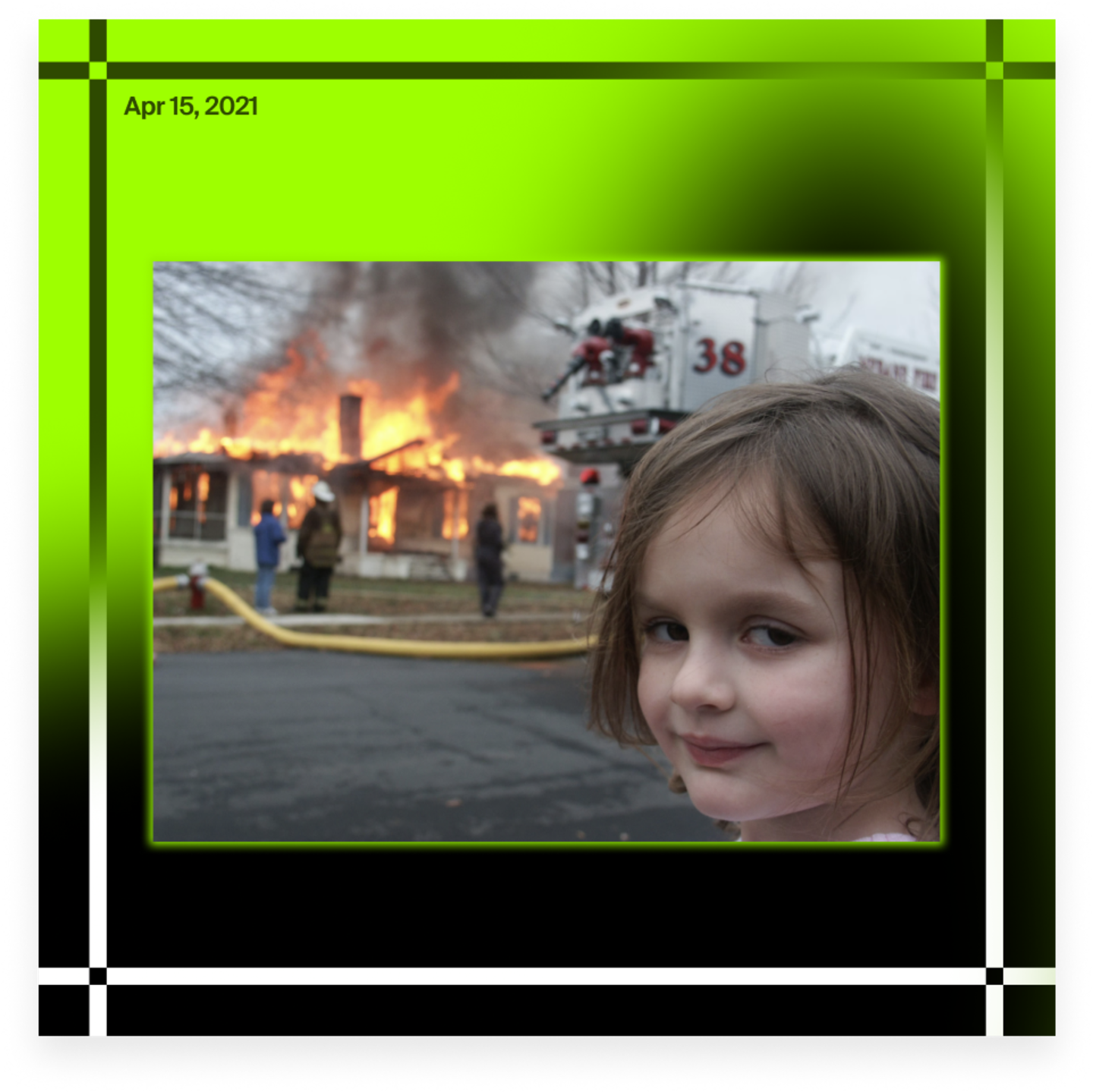 Disaster Girl was among the many meme creators all over the world who joined Foundation this year to reclaim their viral images. When she was four years old, Zoe Roth went with her father to see a burning building in her neighborhood. Zoe’s dad published the photo online in 2008 and it immediately caught on as one of the most recognizable images on the internet. The photo was collected for over 180 ETH, further cementing NFTs as a medium for capturing the value of memes. 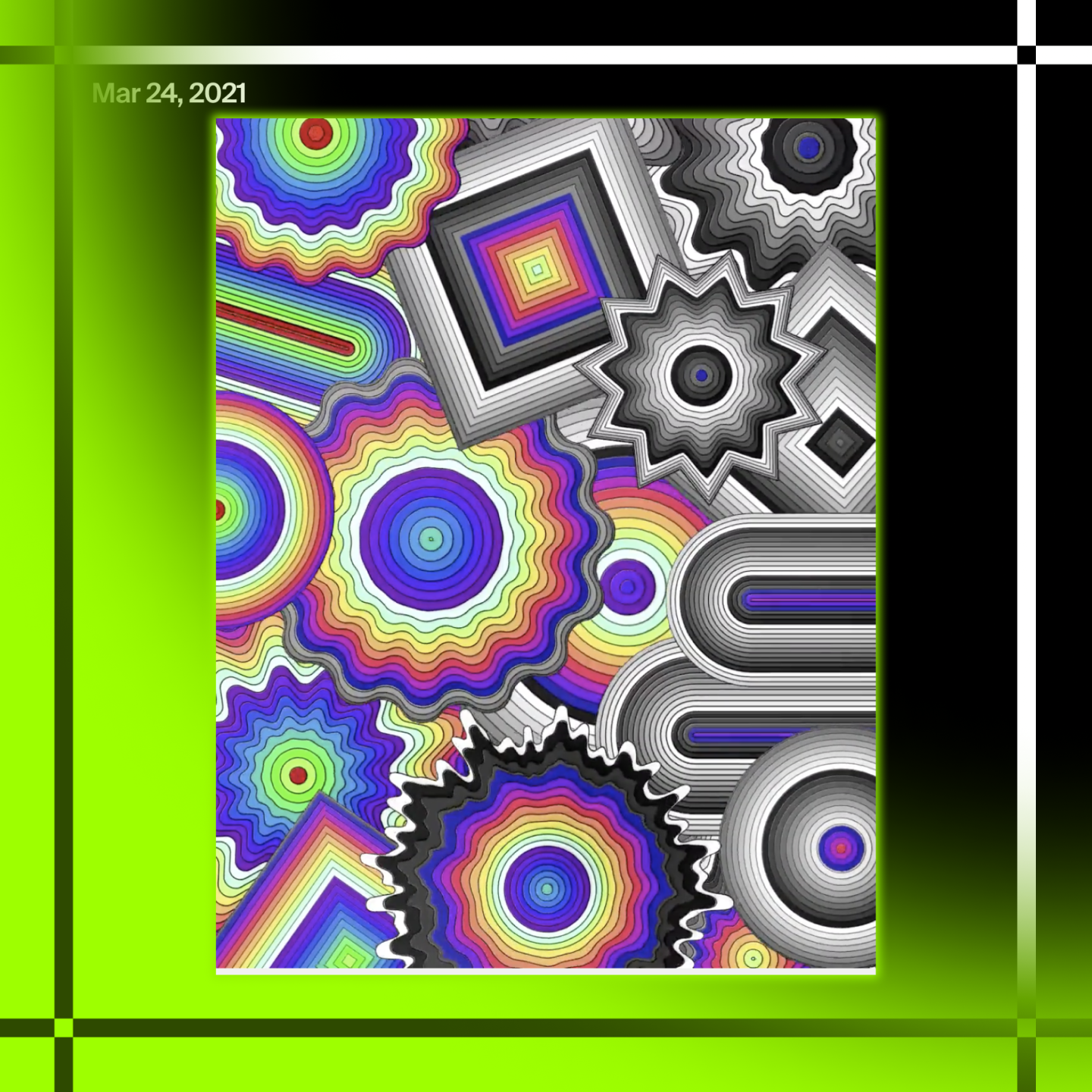 Jen Stark’s entry into NFTs has certainly set a new precedent for artists with successful gallery representation crossing over into web3. Her eclectic mix of psychedelic works inspired by optical illusions and patterns in nature, found a whole new dimension in the form of animated NFTs. In March, with the sale of her genesis NFT Multiverse, Jen became the first woman artist to break into Foundation's top 10 highest-earning creators. Since then, Jen has fallen further down the rabbit hole, garnering new admirers for her celebrated work, and recently was the first artist to debut a collection on Foundation with Cosmos. 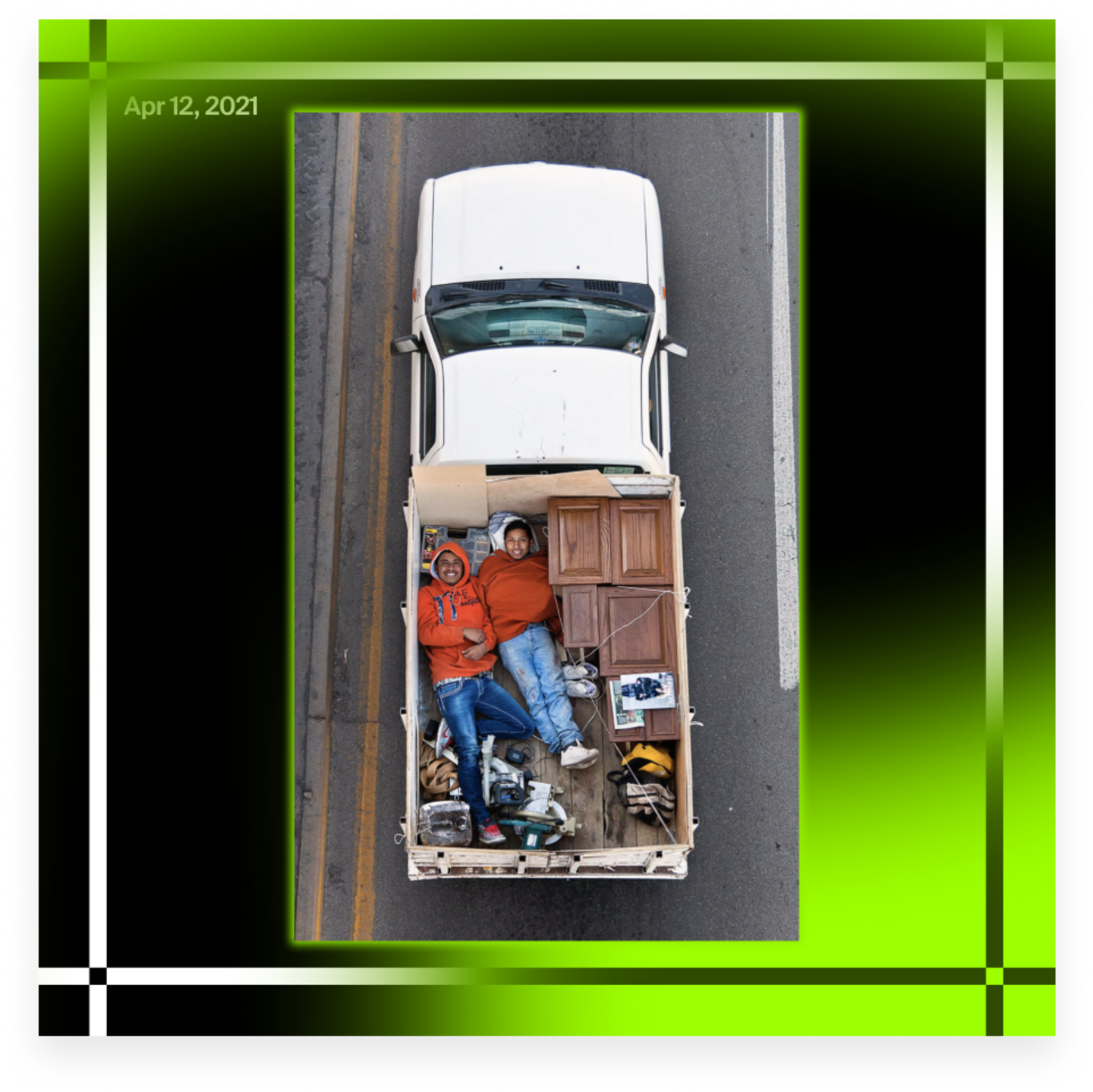 Alejandro Cartagena works with photography and video to explore issues of identity, place, and the environment. After listing 50 1/1 pieces from his viral series, The 50 Carpoolers, Alejandro quickly rose as one of the top 20 highest-earning creators on Foundation, and top 5 in total of NFTs sold. A phenomenon that began in NFT photography with Justin Aversano's Twin Flames, Alejandro carried the photography torch to Foundation and at one point, had as many as 20 live auctions going simultaneously for The 50 Carpoolers—a record at the time. His first NFT series depicts traveling laborers captured from an overpass, commuting between distant suburbs and urban centers. He has since released three additional collections on Foundation, Suburbia Mexicana Parts I-III, that stem from his desire to tell the story of the dramatic environmental, economic, and demographic changes playing out in his home city of Monterrey.