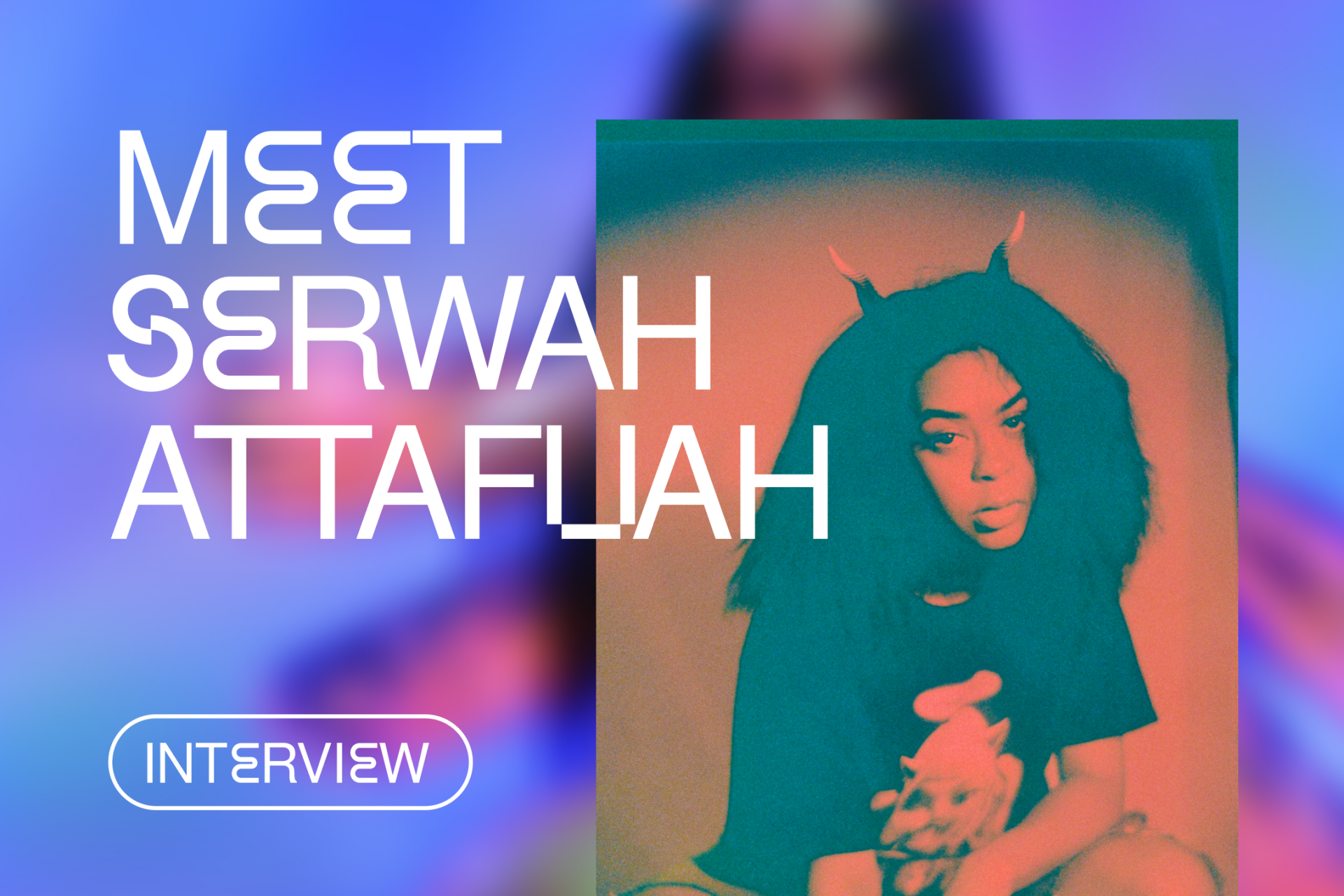 Serwah Attafuah on being a punk in the digital art world.

Serwah taught herself 3D software, and doesn’t follow the rules of rendering. We followed up on her DIY process, her grounded understanding of the universe, and her future NFT plans.

Serwah Attafuah is a painter, 3D artist, and punk musician. In her renders, she creates dreamlike cyber wastelands and afro-futuristic self-reflections that feel packed with detail and narrative. She just minted her first token on Foundation as part of our debut collection of digital art NFTs, and bidding has started on VOIDWALKER 2020.

Below, she chatted with editor Willa Köerner about the internet’s anarchist tendencies, pivoting between creative mediums, and brainstorming her way into the future of NFTs.

You taught yourself how to use 3D rendering software, which is no small feat. What led you in that direction, and how did the learning process unfold?

When I was younger, I was a painter. I also went to film school for costume design and prosthetics, which I was never really that interested in. I realized I wanted to find a way to create that I could do completely on my own. With a film, you need to hire a whole crew and have all these locations. And with prosthetics, you need a big studio. You need a studio for painting, too. I wanted a way to create that I could do in my room, with no big mess. I figured something digital would really work well for me.

At the beginning I was like, "How do I make people in 3D?" I think I typed that into Google, and started reading about it. Then I downloaded a whole bunch of free software, like Blender and Daz. I honestly didn't watch any tutorials when I first started, I just clicked buttons and hoped it would work. I was so stubborn with it, and kept fucking around in with the software until I found something that eventually did work.

More recently, when I’ve talked to other 3D artists about the process that they go through, I’ve realized I’ve been doing it a totally different way than them, because I didn't learn it properly. But I'm still getting by with the way I taught myself.

I’ve found that a lot of digital art can share a similar aesthetic, but your pieces have a very unique look. There’s such a variety of textures, and I love all the clothes and accessories you use on your characters. How do you go about creating all the different layers and components in your renders?

I've built up a massive collection of textures and files. I keep having to buy hard drives to store all this stuff. Some of it I've modeled—I'm better at modeling jewelry or hard-surfaced stuff than I am at modeling at clothes, for example.

As for the textures, I mostly use subscription-based services, like Poliigon, and I find a lot of free stuff as well. That's the good thing about the 3D and digital art community: people are willing to share stuff that they make for free, because there's a kind of anarchist, DIY spirit on the internet. I get surprised with what I find sometimes. I recently did an artwork with paper planes and origami that I came across while looking for assets. Finding those assets completely changed the direction of the piece. Sometimes that's also where inspiration comes from—just from finding exciting materials online. 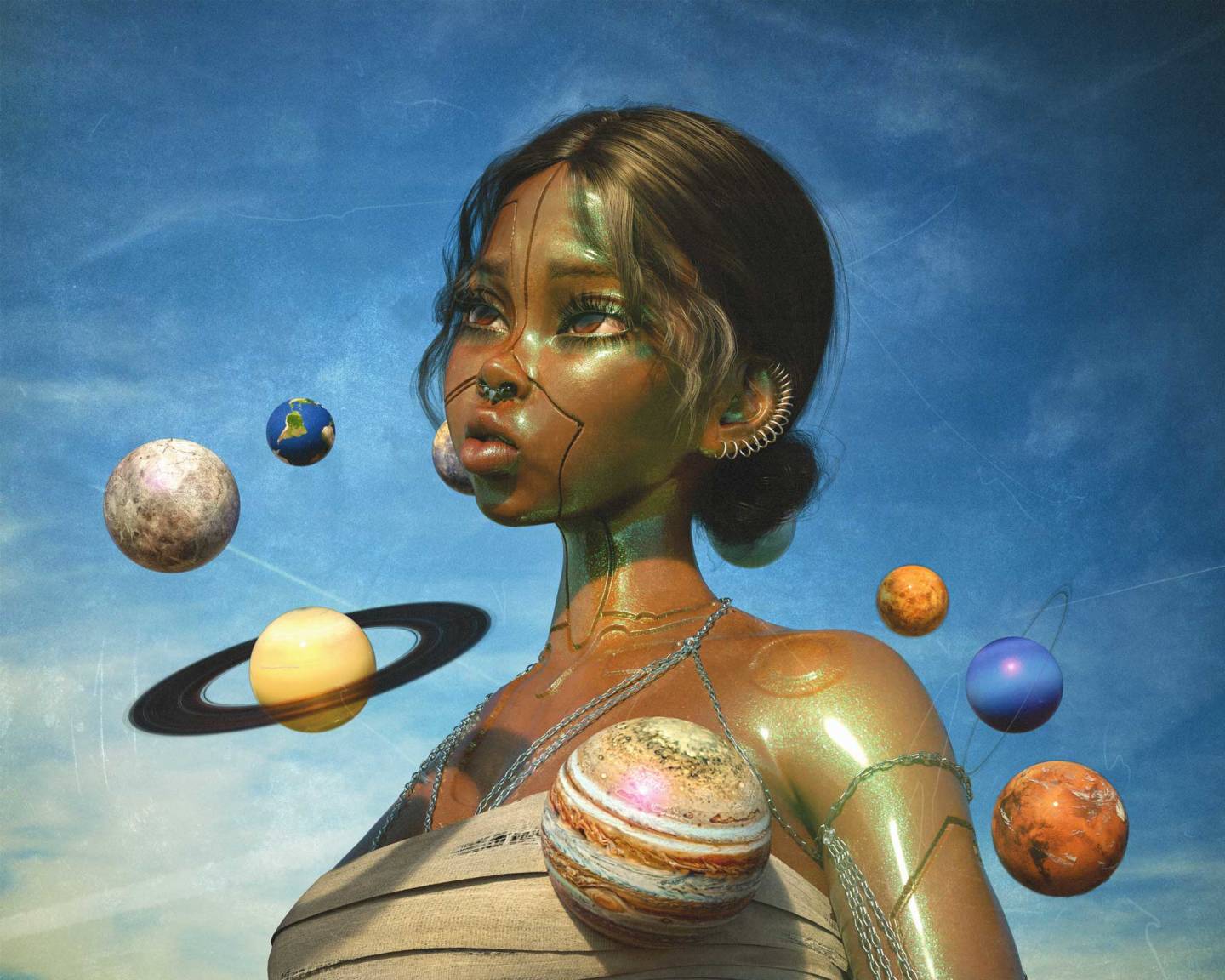 As someone who's also a punk and metal musician, what lessons from those DIY communities do you carry over into your art practice?

One of the things I learned playing punk music is how to break out of the box and be resourceful. My music is quite political, and a big obstacle has been getting kicked out of venues because they don’t like us talking about anti-colonial stuff. Despite that, we always found a way to play. We’d have shows just like, behind an empty factory, or wherever we could find space.

I think digital artists can sometimes feel very gridlocked into the way the software programs run, or pushed down a certain path of how to make work. People can get really stuck in one mindset. But my approach is to break out of the box with it and do what I have to do to make it work. Since I taught myself how to use 3D software, I was rendering in a program that was completely unheard of to use in that way, just because it was free. I didn't have the money at the time to buy big, expensive render engines, so I would use what I had, even though it wasn’t made for that purpose. Punk has taught me that there's always a work-around for any obstacle. You just have to push through and make it happen.

Can you tell me a little bit about the worlds that the characters in your artwork inhabit?

I describe them as dream-like wastelands. Honestly, at night, I don't have very vivid dreams at all. So in my work, I try to imagine a place that I'd like to go to—somewhere that would be better than this world, to escape into. It’s a bit like daydreaming, but instead of going there when I sleep, I have to come up with it cognitively. 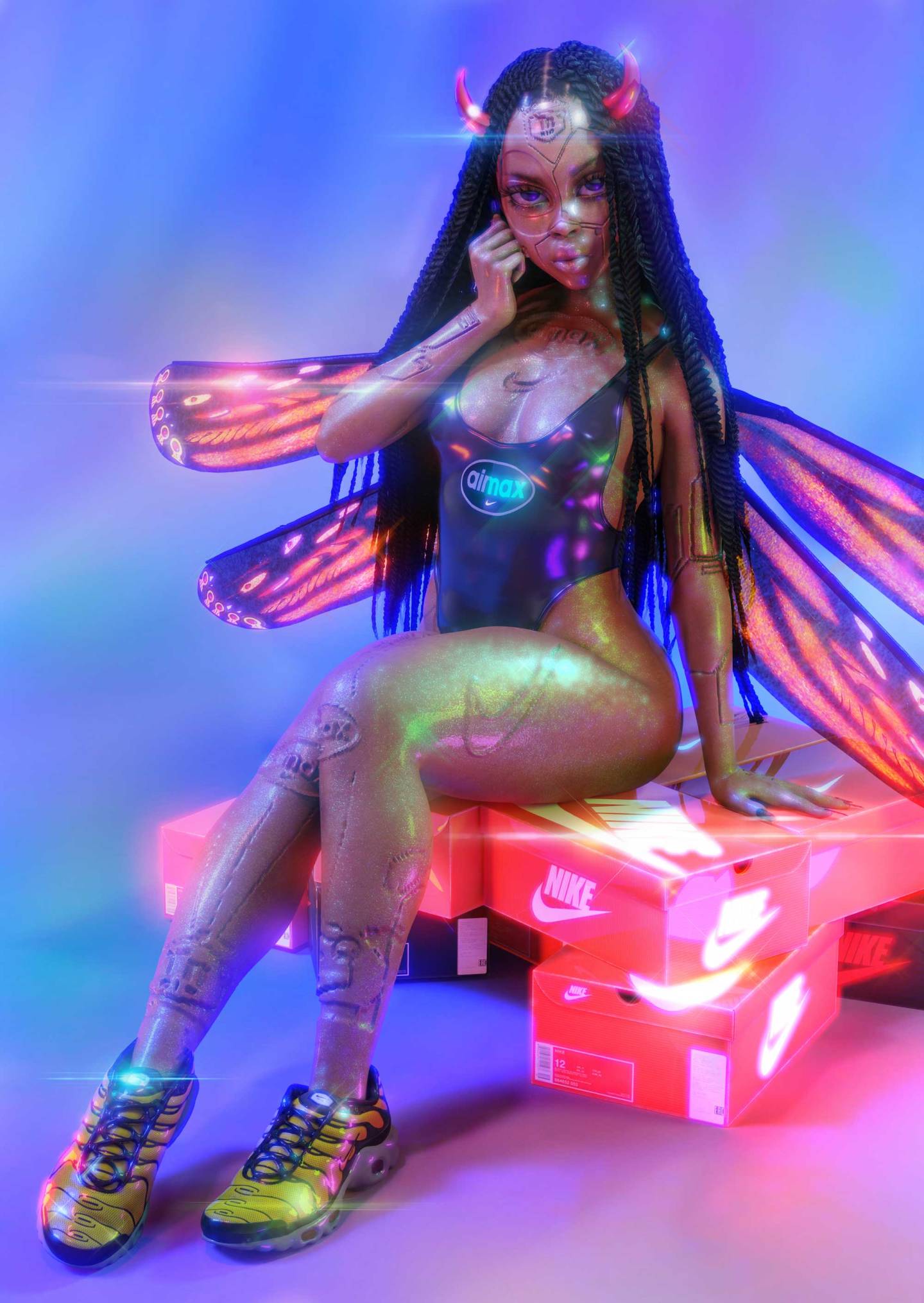 Where do the ideas for your pieces come from? Does a character idea or narrative pop into your head, or are you working more spontaneously?

It can be all of the above. Sometimes I'll have had a concept in my mind for years—maybe something I wanted to paint, but could never figure out how to make it work. Sometimes I'll want to learn a new skill or a new software, and I'll base a whole piece around that.

Inspiration can come from anywhere, but also out of nowhere. Art is an escape from the world for me. As I said before, my music is quite politically charged. On the other hand, my art is completely disconnected from everything else that's going on. Sometimes I can be on autopilot, and I don't even know what I'm doing, but suddenly I’ve made a whole piece.

What’s the story behind the NFT work that you just dropped on Foundation, VOIDWALKER 2020? What were you thinking about when you made it?

I've had the idea for this piece for at least three years, I swear to god. It started with a friend who used to play the whole Star Wars trilogy on mute, with metal music, like Leviathan, blasting over it. I thought that was genius. I tried it once, and it was great.

Something about that experience gave me the idea for the VOIDWALKER piece. As I was working on it, I kept getting this feeling of, "The universe does revolve around me, just like it revolves around you, just like it revolves around my neighbor, or anybody else.” If I wasn't here today, so many things would be different in this universe. We're all so influential on this planet, and the way that everything around us happens. This isn’t coming from a perspective of ego. Instead, it’s about acknowledging that we're all very important, yet also very small. It feels like a grounded way to think about things, and that’s what I hope comes across in the piece. 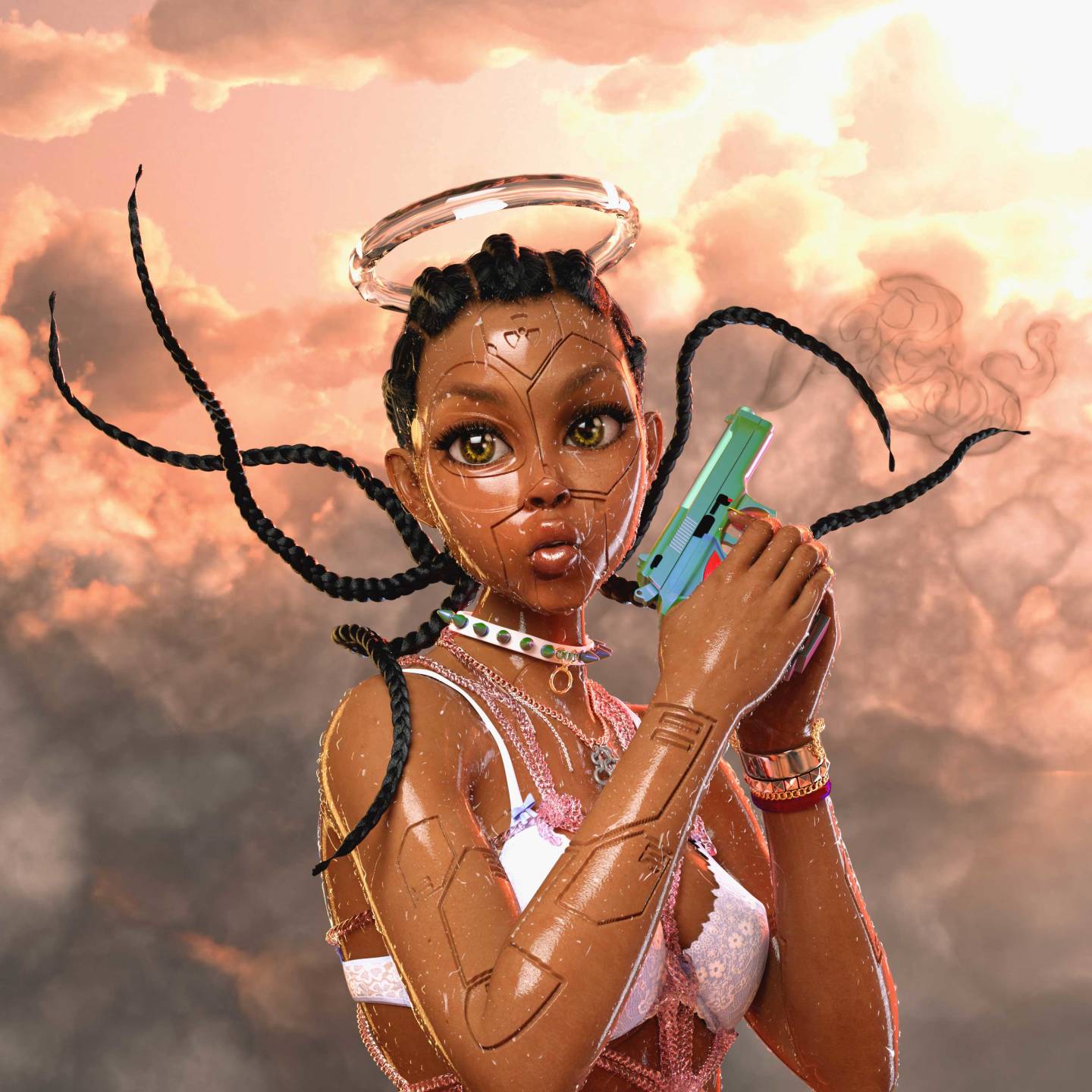 Do you think there's ever a time when you would try and create an immersive piece that combined your painting, digital work, and music all into one environment?

That's the next step. When I get a bit of time to sit down and not be so focused on client work, that's something that I'd love to do—especially combining my music and digital art.

Also, in Japan they have virtual pop stars that aren't real people, they're just holograms. I'd love to make one of my own, and make her a pop star, or virtual metal queen. The trickiest part is finding the time, because that would be a massive project, and I wouldn't want to fuck it up by rushing it.

Are you going to release more NFTs?

Yeah. I think that releasing more NFTs could be a really good way to move into being an artist as my main thing. I want to get to a place where I can rely less on clients and freelance work, which I feel is suffocating me in a way.

With NFTs, I want to push at what’s possible myself, and I also watch and see what other people are up to. I've been brainstorming, and fuck, there are so many things that we could all do. I'm really excited to see how it all continues to take shape, and be a part of it. 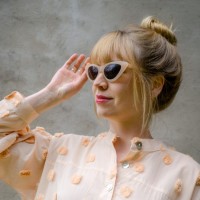