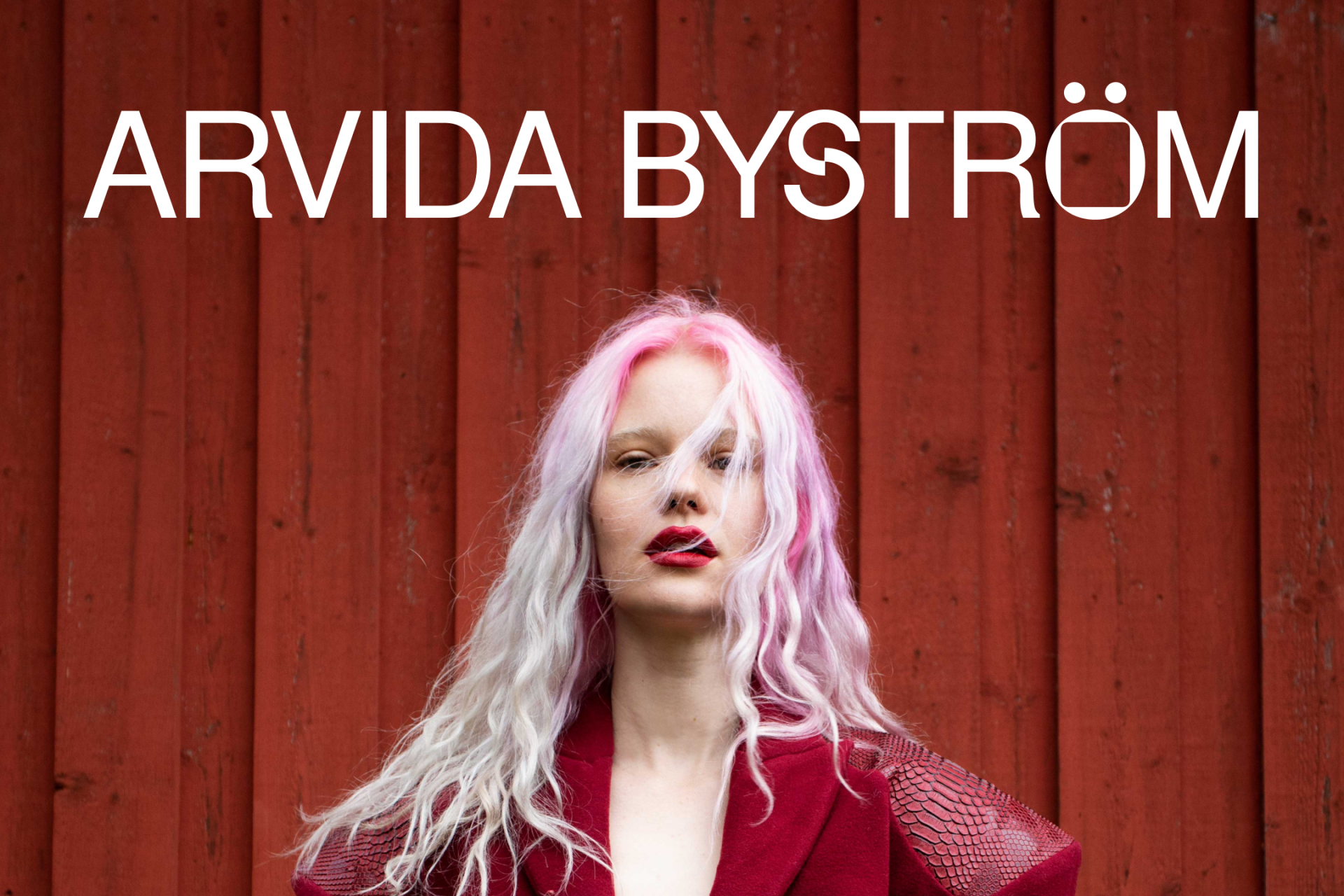 Arvida Byström on the myths we make to cope with reality.

Arvida Byström is a Swedish digital native whose style and inspiration stem from a deep immersion in online universes. She first started using the internet in its Web 2.0 phase, a time when it was quickly becoming a more visual medium. Now, one and a half decades later, she is a multidimensional artist working across mediums and genres, with selfies in photography collections around the world, and plenty of creative collaborations under her belt.

Today’s drop is part of our partnership with the Department of Decentralization (DoD), a collective working to drive adoption and education of decentralization and open source software. In celebration of DoD’s online conference, 2.5, DoD commissioned Arvida to create two new animated GIFs responding to the theme, “The body always needed to be somewhere.” Now, these GIFs are exclusively available as unique digital art NFTs on Foundation.

Below, Arvida speaks with Stina Gustafsson, Curator and Director of Arts for DoD, about growing up on the internet, the necessity of the nonsensical, and how we’re all being willingly conned by influencers and Instagram filters.

The internet is ever-present in your work. How’d you end up focusing on it in your creative practice?

I was born around the same time that the internet was becoming publicly available. My dad has worked with computers since the ‘70s, so we had the internet at our house early on. I wasn't online until I was about 11 years old. At that time, the internet was entering its Web 2.0 phase, and was becoming more visual instead of text-based. Digital cameras started to become more available then, too. Digital photography felt very exciting and new.

When I was 12, I started to become a little “alternative.” So for me, the internet became a place to create a persona for myself that was cooler than I actually was. At that time, social networks were starting to crop up, and I joined teen sites to make friends.

I started my first photoblog at age 16. At the time, I was mostly photographing myself because I was too scared to photograph other people. I spent a lot of time alone. When I was 19, I really started to develop more of a conscious creative practice. When I found Tumblr, that's when I started to meet cool internet artists. I began exploring more, and made new friends that way.

At this point, I have spent so much time online, and I’ve made so many of my friends online. I met almost all of my partners through the internet. So, that's how my life has always been. I think for that reason, the internet can’t help but affect my work on every level.

You’ve always used networked and social platforms to publish your work, starting with your photoblog and then Tumblr, Instagram, and TikTok. How have the constraints of those platforms affected your art over time?

Different platforms probably affect my artwork more than I can even fathom. With the blog that I had when I was 16, I managed to get the photos really, really big in the HTML code. And because of the layout, I mainly took horizontal photos. But that’s just one example.

From the beginning, I always took a lot of self-portraits—even though it’s always been a bit conflicting for me. It started from the point of trying to create a more beautiful and interesting version of myself. Early on, I learned how the internet encourages you to take self-portraits. On Tumblr, I definitely took more nudes because I was poor and didn't have many different clothes, and also because Tumblr allowed it at the time. Molly Soda and I created a book with photos that got censored from Instagram. Without those platform restrictions, that book wouldn't have happened.

With TikTok, I'm always planning different little videos. In one way, I hate TikToK because it's too much of a mirror for the internet right now. You have to create so much content, and it's so fast-paced, but there is something playful about it that I still love. Plus, on TikTok, people are very open to weird, artistic videos that I could imagine being shown in museums one day. People do really appreciate weirdness. The TikTok algorithm promotes jokes and really pushes people into being a little bit more funny and flawed, which I like. Sometimes I feel like I’m too weird, and people won’t enjoy what I make. But I think we should treasure nonsensical things, because it's actually really good that nonsensical things exist.

I remember going to watch performance videos from the 60s at a museum, and thinking, "What the fuck did I watch?”

When performance art is good, it can be the best thing you’ve ever experienced. Something that happens a lot with performance art is that people plan their performance from the fact that they love to be the center of attention, and they just want to try something new on a stage for an hour. Once, at a German museum, I was just walking around alone and someone said, "Come into this room." Then I got locked in this fucking room for 30 minutes to watch a lady with a big rope do a weird dance. I hated it so much.

When I make performance art, I hope the performance part is interesting. I also try to think about the space and situation. I try to make things that you can watch for one second, but you can also walk out or stay and watch for a while.

Can you tell me a little bit about the development of different personas that you use in your art? Do you feel that the early creation of these characters has allowed you to be freer in your own personality?

When it comes to my art, it's definitely not a persona. It’s more complex than that—these characters are all a part of me. I always bring up Amalia Ulman's piece, “Perfection.” In it, she is using Instagram to perform as a lost, image-obsessed LA girl. After the performance was over, she came out and said it was a performance all along. I'm interested in being an influencer, and to me, that is the performance. I don't want to separate those two because they are my everyday life.

Photography also plays a role in how my sense of self can translate through my work. As a medium, photography depicts one moment in reality—but we also know that you can create full worlds with it. So photography can also lie. I don’t feel the need to be the person in the images, but it's definitely a part of myself in the sense that I don't feel like I need to separate myself from everything, either.

I am always so surprised to try a filter on Instagram. When I look at my phone, I think, "Oh my god, my skin is amazing." It's crazy sometimes.

It's not shocking that people feel like they need to use filters, but it is interesting. In one way, filters really promote body dysmorphia. In another way, it's funny because before filters, you either had to be naturally beautiful or rich enough to fix yourself. Now, you can actually just con the whole world and fix your photos online. Then you can sell yourself and become a big influencer without having to actually have the money to get that look. So it's these two ends of the spectrum that get pushed together, and can feel really conflicting, weird, and scary.

Everything shouldn't have to be about monetary success and people adoring you or being in awe of you. But, many people are obsessed with those two things.

You grew up with the internet and have always had a big following. How do you set boundaries online?

When I was 16, I did things online that made people mad, and I learned so much from that.

Offline, people may think I’m private and mysterious. In a group setting, I'm not the most talkative, but people tend to read me with a lot of integrity.

A lot of my online presence is very private and people see me more as a strange anime character because they know very little about me. If you compare me to artists Signe Pierce or Chloe Weiss, for example, they are more talkative online. Molly Soda is, too. I love their style and how they can seem like comedical, center-of-attention valley girls. Sometimes I wish I had less of a need for personal space.

Can you tell us about the pieces that you’ve created for Foundation? What’s the story behind them?

They are unused snippets from my video, “The fairy and the three wise influencers.” It’s a funny, silly depiction of a fairy that believes in influencers, the way that kids believe in fairies. She’s tapping her phone to make sure the influencers are still alive.

It’s also a commentary on how in the 17th century, people lived close to nature and humans had to make things up to help explain what they didn’t understand. Back then, creating mythological creatures, devils, and demons was just a way of coping with your environment.

When it comes to how people are scared of certain things online, it's not necessarily the most pressing issue for designers and technologists to solve. And, with a lot of new mediums, it can take 50 to 100 years before we can step back and look at what humans were actually doing. As a species, we’ve always made up truths and fictions to try to cope with reality. There are a lot of problems on the internet that we're making bigger, but it's completely impossible to know what it all means, because for now, we’re still living in it. 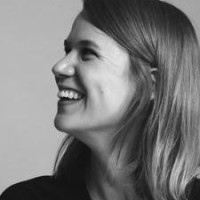