We interviewed PleasrDAO’s Chief Pleasing Officer on how the group came together to purchase the fourth highest-selling NFT of all time.
Published on
27 April 2021
Wrritten by
Lindsay Howard 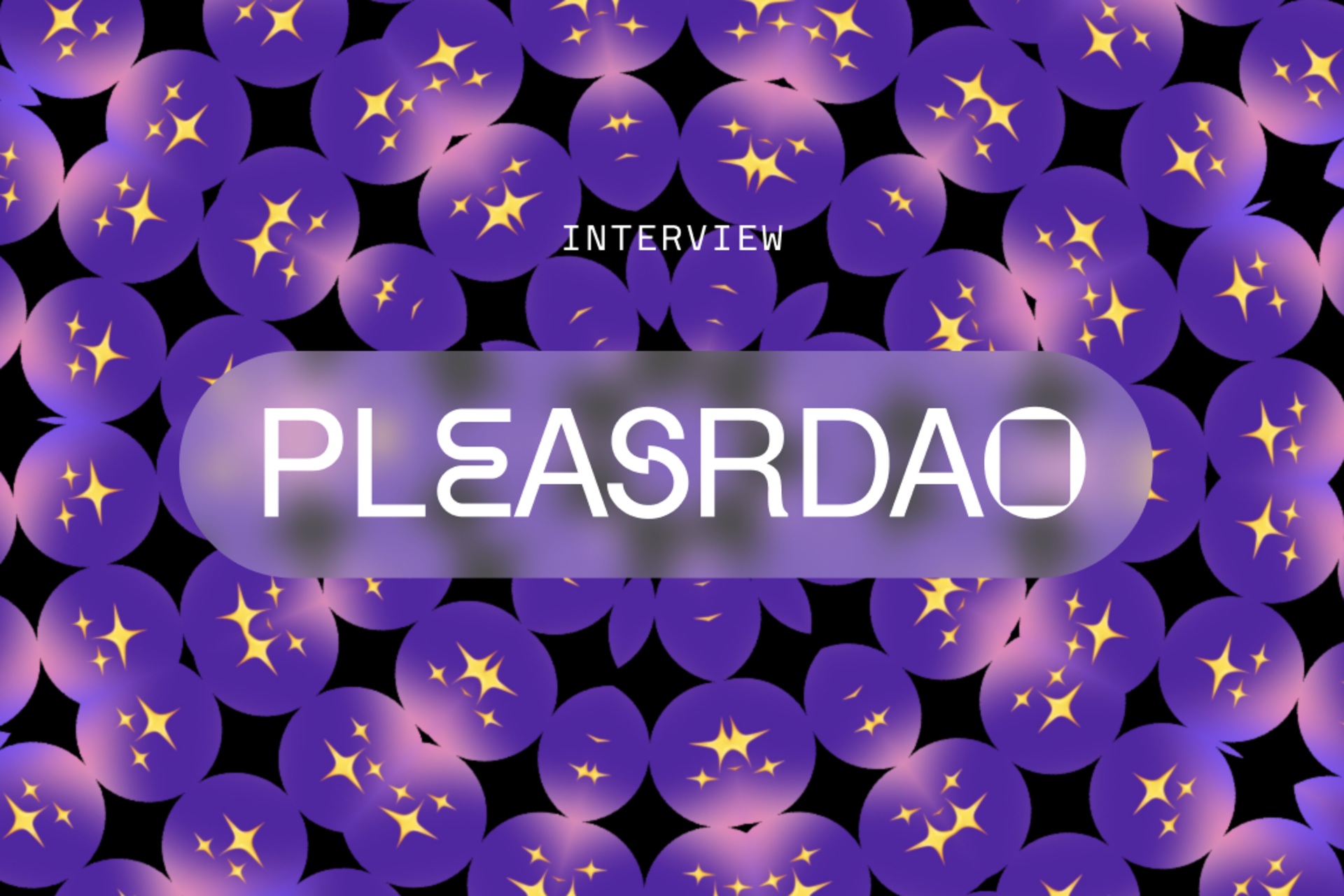 PleasrDAO is a decentralized autonomous organization that rapidly organized on Twitter in order to purchase pplpleasr’s genesis NFT. The animation, titled x*y=k, was created to celebrate the Uniswap V3 launch, and all proceeds from the auction aimed to benefit Asian American and Pacific Islander communities, among other minority groups—and PleasrDAO made it clear they wanted it in their collection.

The forty members of PleasrDAO didn’t disband after collecting their first NFT, though. Instead, they doubled down on their vision and strategy, and soon turned heads again by collecting Edward Snowden’s Stay Free NFT on April 16th for 2,224 ETH (~$5.5M USD). Beyond making news for its hefty sale price, PleasrDAO’s purchase also points towards the potential for DAOs to come together and pool funds in order to own high-value NFTs as a collective. Harnessing the power of smart contracts, PleasrDAO is one of many emergent DAOs that are forming to distribute digital ownership, allocating each member a fraction of its assets. And, as a collective entity, they want to support good causes, noting that they aim to collect NFTs that should “belong to the people.”

We talked to PleasrDAO’s Chief “Pleasing” Officer, Jamis Johnson, to learn more about how and why they formed, what their guiding principles are, and what their long-term visions for a DAO of this magnitude look like.

I’m assuming that anyone who makes their way into a DAO of this scale has a pretty interesting story about how they got into crypto. What’s yours?

I studied applied math and computer science, and then I decided to focus on machine learning. I did my master’s in computer science at Columbia University, where I started learning about networking protocols. In 2013, I was planning to invest in Bitcoin, but I was too lazy, and soon after realized that if I had invested the $1,000 I had intended to at the time, it would’ve become $1,000,000. It was a brutal realization.

I knew that the crypto trend wasn’t going to fade out any time soon, so I started looking for new ideas, and there were many that came and went. I started following a Bitcoin subreddit where someone posted the Ethereum whitepaper. At the time, I was a destitute graduate student. I decided that I would take $2,000 of my student loans and invest them into Ethereum. I wrote a 10-page email to my friends and family encouraging them to do the same, but none of them responded.

I mined Ethereum for as long as I could, until the price outweighed the energy usage. Soon after, I started moonlighting as an investor and then had a moment of retirement. In 2019, with the DeFi awakening, I got sucked back in, and it’s been madness since then.

What are your personal feelings on NFTs?

NFTs remind me of the 2017 ICO bubble, in that there is a lot of vapor underneath us. I think it's going to be a minefield and that 95% of people might get hurt. Ideally, I hope that people will be savvy enough to know what’s going to stick around and what’s going to fall away. Honestly, the idea space is just barely being explored at this point. There are so many fun, little experiments happening and it always gets crazier than you expect. We’ve just scratched the surface of what's possible, and I'm excited to see how artists and developers can work together to achieve more in the near future.

Have you collected art previously? What type of art are you into personally?

I’ve made art more than I’ve collected it. I read a paper called Neural Style Transfer: Creating Art with Deep Learning in 2015, just as there was an explosion—especially in the research community—of emerging techniques in making art through machine learning. Later, we saw GANs (generative adversarial networks) come up, which could also produce and generate artworks. I started making art that way, just by messing around with the code. One of the projects I made was about generating sheet music, and I collaborated with a famous musician who ended up playing that piece in a live concert, which was really cool. I generated eerie, morphing animations of faces by programmatically walking the high dimensional latent space of what was being put into these neural networks. It was so fun! I’m really interested in the crossover between engineering and art.

What are the guiding principles for PleasrDAO’s NFT acquisitions? Was there something in particular that stood out to you about pplpleasr and Edward Snowden’s NFTs?

We selected pplpleasr’s piece because she’s the original DeFi artist, and everyone in the crypto space knows her impact. It was simple for us to rally around her work because she has that long-term reputation in the space and took DeFi from memes to really beautiful art. She also donated all of the proceeds from her sale to AAPI organizations, which was an incentive for us. Everyone in PleasrDAO has benefited greatly from crypto, so we want to support good causes.

Since most members of PleasrDAO have backgrounds in programming, we all recognize and appreciate what Snowden contributes to the field. The auction combined a donation to the Freedom of the Press Foundation alongside the freedom of individuals, which really spoke to us. If you’re programming for long enough, you start to see how much the government has affected individual freedom online—which also made this an important cause for us.

Now that you’ve collected two high-profile NFTs, what are you planning to do with them? Will you display them? Are you going to buy virtual land and feature them in a gallery?

We’re very DeFi native. There are enough art collectors out there, and we’re not trying to compete with them. We have a token distributed internally, and will distribute more with each round—and, eventually, we’d like to include the public as well. We're thinking of fractionalizing so that everybody gets a share of ownership, and using some pricing mechanism to circulate it in public.

We want to define industry standards that will move the entire system forward, and show what’s possible with DAOs from a technical perspective. Eventually, we’ll do things like display the art, but we want to start by going more in the direction of integrating a smart contract. You’re getting a DAO and a DAO’s collection, and it’s DAOs all the way down. The DAO shares the collective assets, whether that's an investment or an art portfolio, but then all of a sudden you can fractionalize your art and that fractional part makes it a governing DAO in itself, so there are voting shares. There are so many possibilities.

What’s your long-term vision for PleasrDAO?

There are a few things we want to do, including collecting NFTs, becoming angel investors, and operating as an incubator. We want to angel invest in early-stage projects, similar to MetaCartel—but with a focus on NFTs. Our members are extremely talented, and many of them are VCs, programmers, and artists. We want to utilize our treasury to push this space forward and support the teams that are doing that.

We’re also interested in becoming an incubator for people who have great, unique ideas that aren't necessarily productized or turned into a full-blown protocol. We’d love for people to propose ideas in-house and then allocate some of our treasury to them. Ultimately, PleasrDAO is about allocating resources to more exploratory ideas to help push things forward. 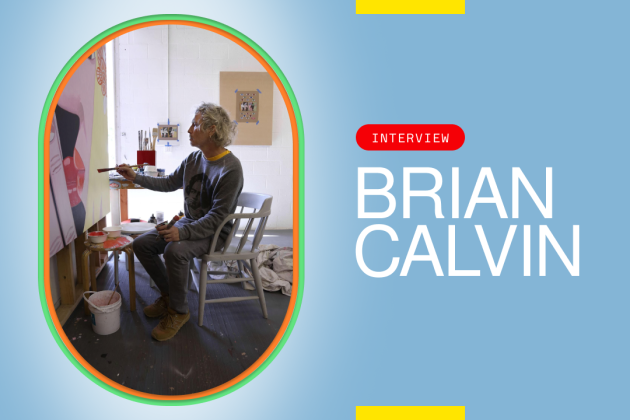 Brian Calvin on his imaginary portraits.

How the California artist painted his way into NFTs. 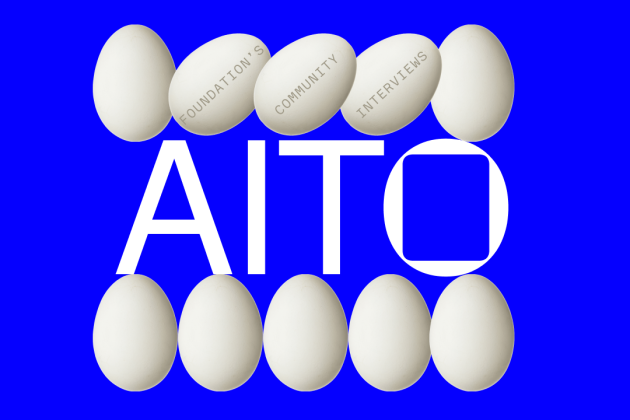 Guest Blog: A community interview with a mysterious egg.

Aito answers questions from the creators in Foundation’s Discord community. 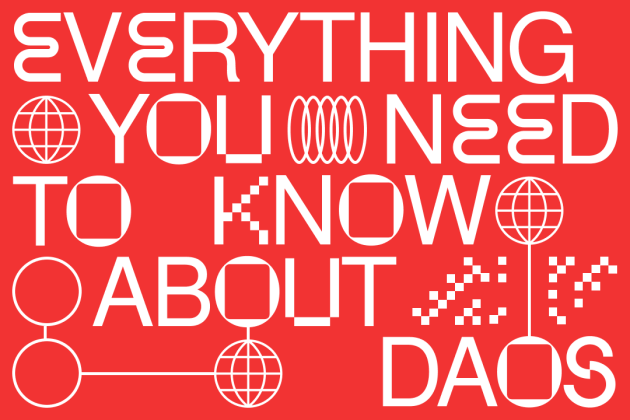 Everything you need to know about DAOs.

A primer on how DAOs are working to collectively shape the new creative economy.