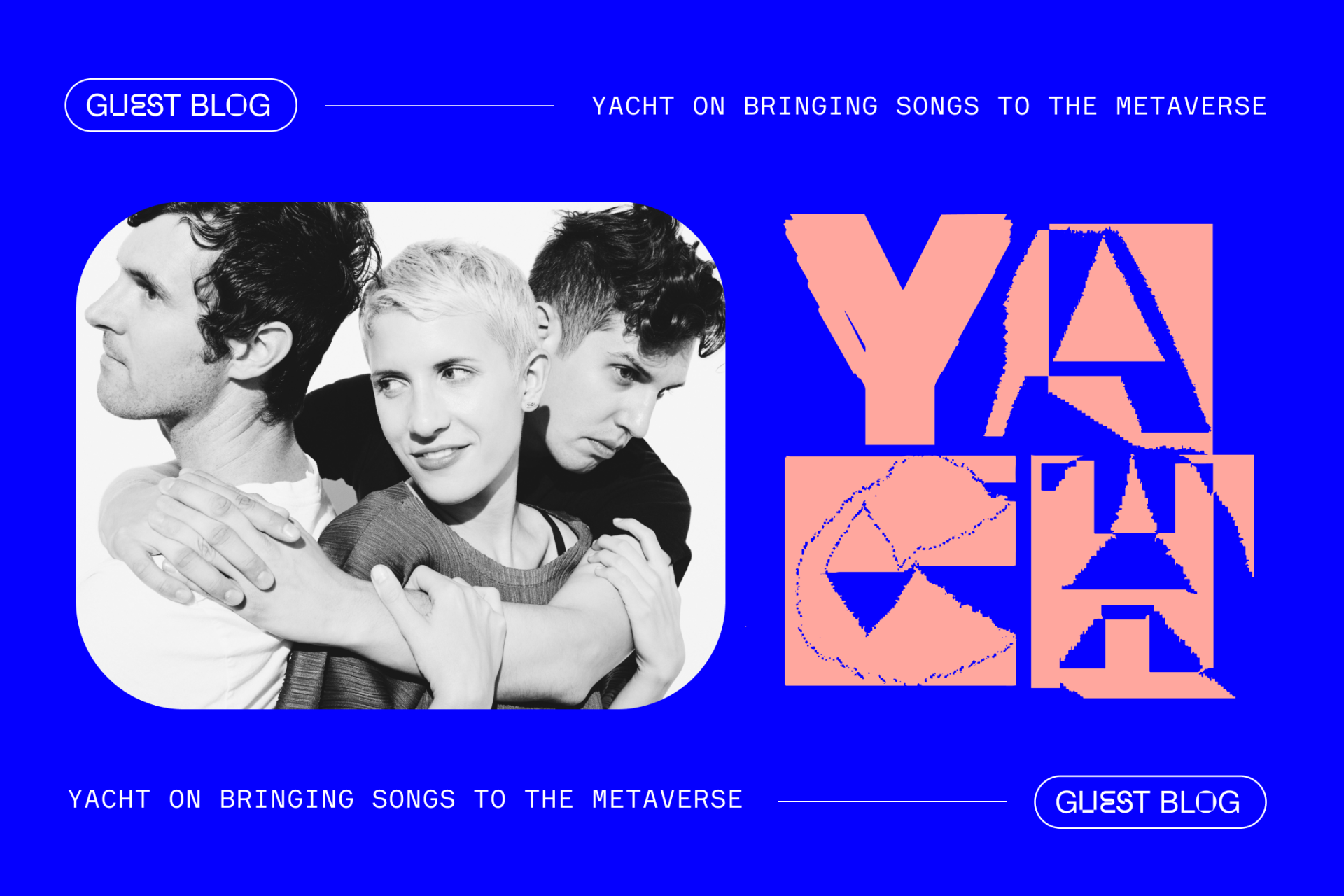 Guest Blog: YACHT on bringing songs to the metaverse.

Claire L. Evans and Jona Bechtolt of the Grammy-nominated post-pop group YACHT share their thoughts about creating “NFT Stems,” and how experimenting with new forms of exchange between musicians and audiences might change their practice.

As musicians, we’re used to small exchanges: we trade you a small amount of money for a small amount of experience. A few fractions of a penny to stream a file. Twenty-five bucks for a few hours together in a dark room. Pay-what-you-can for an album on Bandcamp.

All these exchanges have different affordances, but if we’re lucky, they defy physics. Small transactions unfold into something much bigger. Maybe the song is meaningful for you, or it serves as the genesis for a stream of thought that leads you somewhere interesting. Maybe you hate it—that’s valid too. Maybe one of these reactions brings you into conversation with us, and we learn something from it. We all shift, we keep going, making these small-but-expansive trades. Deal of the century, right?

We’ve managed to do this for a long time, and for that we are deeply grateful. Frankly, these exchanges are what makes life meaningful for us. They each represent a relationship, but they are often cumulative: our community is formed by the whole of these transactions.

All around us, however, new kinds of exchanges are happening. And with them comes a much larger conversation about ownership, about compensation, and about what it means to support artists. There’s ample disagreement, but we can agree on one thing: the old models aren’t working. Cranking out content to satisfy the social machine only serves to enrich the tech giants. We own little of what we put online. The mechanisms of visibility are opaque, and people who don’t ding the algorithm just right don’t exist. They eat our lunch.

We’ve accepted this as the cost of doing business in the 21st century, knowing that people often transcend the platforms that enclose them. So much of what is beautiful about the Internet as it exists today is due to the ingenuity, perseverance, and care of users making the best of a bad situation. But to quote the late David Graeber, “the ultimate, hidden truth of the world is that it is something we make, and could just as easily make differently.”

To make the world differently, we’ll need to experiment until we get it right.

This is our first experiment: we’re auctioning off five pieces of a new song. They’re symbolic synchronous representations of the song’s key elements: a beat, keyboards, the bassline, guitar parts, and vocals. Although we’re calling these pieces NFT Stems, they’re new compositions for this new medium. A puzzle piece, a warning, and an action. Once each of the five pieces have received an opening bid, “They Want To Eat Your Lunch” will be free on Bandcamp, Vimeo, and YouTube. The whole will be abundant even as its ingredients are scarce—another defiance of physics.

We made a commitment in 2020 to build redistribution of resources into all of our projects as a band, so we’re donating 25% of all five sales to the LA Food Bank.

If you’re interested, you can keep track of the song’s progress here. We’ll reveal each piece of the song in succession, as buyers bid on the NFTs. It feels nerve-wracking to step into the fray, and to bind something to the permanent record. But we hope these new exchanges, novel as they may feel to us now, might someday unfold into something bigger. If nothing else, we learn something, we shift, we keep going. 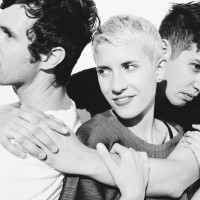