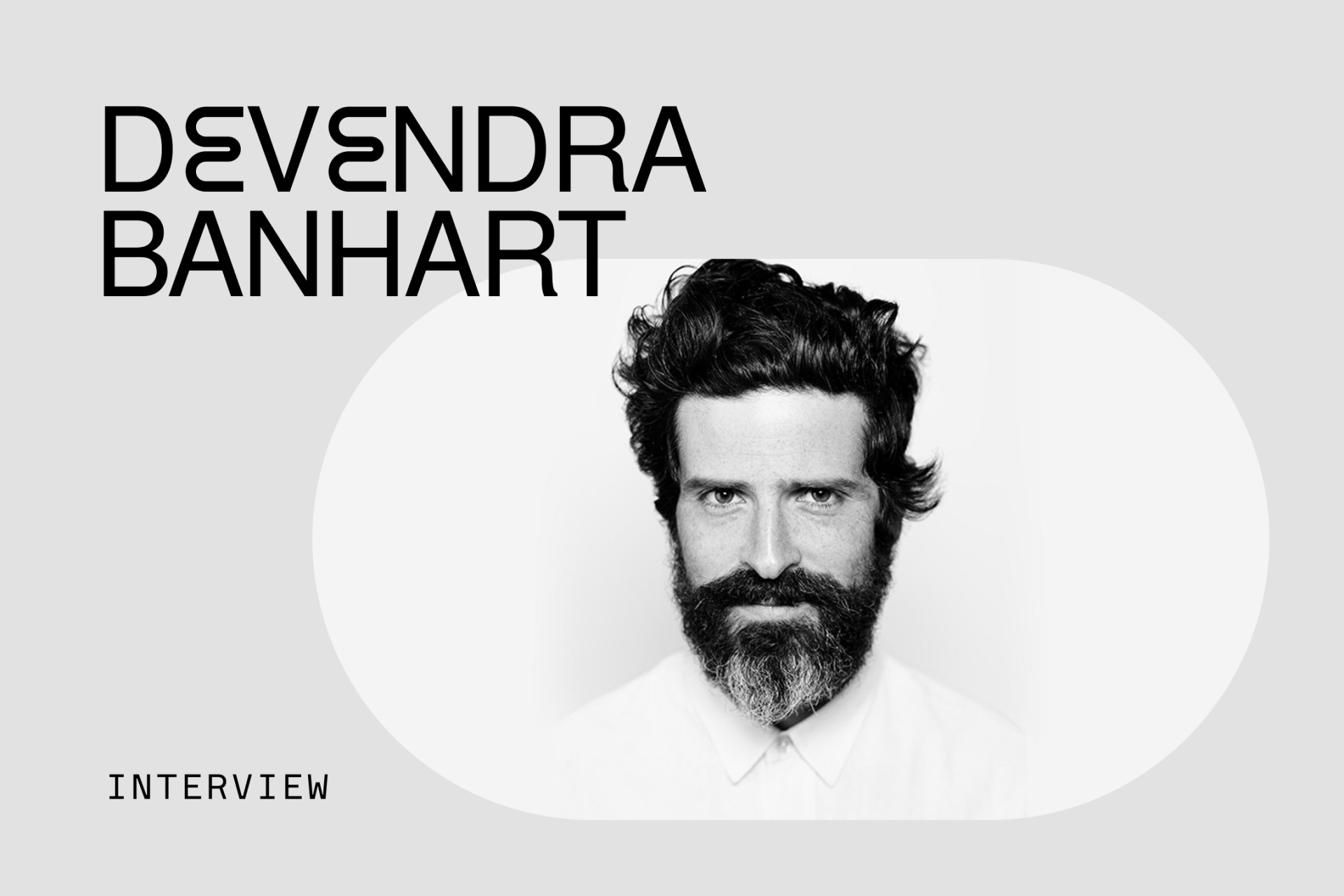 Devendra Banhart on the unfolding possibilities of mixed-media NFTs.

Musician and painter Devendra Banhart explains how NFTs are expanding his practice, and why he’s excited for the future of the medium.

As more musicians begin to experiment with NFTs, the boundaries of what’s possible are being pushed into new dimensions. As one example, we recently saw producer Jacques Greene create his first NFT for an unreleased track, called “Promise,” as a way to give the collector access to the song's publishing. This is just one way that NFTs can be used to expand both an artist’s practice, and open up the creative potential for monetizing digital works like songs, music videos, and more.

No stranger to innovating beyond genre and form, musician Devendra Banhart just launched his first NFT on Foundation, Moonflower. For Devendra, experimenting with NFTs is a way to explore what can happen when he builds a sonic identity for a visual work of art, instead of vice versa. Alongside his first solo exhibition of paintings currently on view at Nicodim in Los Angeles, we interviewed Devendra about his approach to making NFTs, and why the main mission with his art is just to make people feel something.

Moonflower is such an evocative work. What were you trying to get at when you made this piece?

When we're dealing with such a digital world, seeing something with a little nature in it just feels nice. For Moonflower, the hope was to create the feeling of encountering some flowers from a far-away galaxy—almost as if you’re traveling through space, and as you race through the cosmos, these gigantic flowers are passing you by and caressing you. Or, perhaps you're just a little insect that's exploring a stamen or a pedal for a bit of pollen.

When I was a kid, my favorite book was Hope for the Flowers. I loved that story, and in this piece, I was trying to make the flowers feel hopeful. You know that feeling when you’re first arriving at a festival and it's so full of potential—there are so many bands you want to see, and you're going to see your friends? It’s this feeling of hope for what's going to happen, and the feeling that there’s so much to explore and take in. I think that could be how insects feel as they're flying into a new garden, and that was the feeling I wanted to create.

In your work, what’s the relationship between visual art and music?

Over the past 20 years, my visual art and music have only intersected once I finished an album and was ready to paint the cover art. In that process, the question was always, “What does this album look like?” With making NFTs, now I get to ask myself, “What does the painting sound like?” My process is now in reverse.

For me, making Moonflower was an opportunity to have visual art and music exist in a new way. This is the closest I might ever get to making my own little film by starting with a static painting, then giving it movement, and finally combining it with music. I don't have any other paintings that move around with songs beaming out of them—unless I've taken some substances. [Laughs.]

Is there any overlap in your approach to painting and making music?

The overlap is that I don’t think of myself as good at either. They're both really uncomfortable experiences for me, but both can also bring me rare moments where my conceptual mind isn't jumping to the future or drowning in the past. In that way, both can feel like meditating.

Meditation is like a slow, boring orgasm, and making art is somewhere right in between those two things. While it’s happening, you’re very present. For the art part, I have to really work to get into it—but once you get there, it goes totally beyond a conceptual experience. Most of the time when you're really making art, if it's any good, you're just totally lost in it.

You have a solo exhibition of paintings on view at Nicodim gallery in Los Angeles, and you’ve just created an NFT on Foundation. What role does context play for you when you’re making art?

Right now, the digital space is just as real as the gallery where I have an art opening because I'm not physically in either of those places. They exist somewhere else, and even though I’m not there, they both do exist.

I spent a large portion of the pandemic and lockdown painting because I couldn't play shows. I didn’t know that I was going to have a show for my paintings until all of the work was done. It’s funny, it was actually when I gave up on getting a show that I actually got one. It's a bit of a paradox because you don't want to make work to show it, you just want to make work because it’s important. Having a show is encouraging and does give you a boost, though. It affects how you work and what you do because you suddenly have a platform. I've been making visual art for over 20 years and I've only had a few art shows. My point is that even though having a show means a lot to most artists, it’s actually very hard to have a show. Now, making NFTs feels like a way to always have a show available to you, which is quite interesting.

What else excites you about the NFT space?

Another idea I have for an NFT is in part inspired by a 12 year old painting I have hanging in my house. It looks so different now because it’s faded so dramatically from exposure to the sun, and I find it more beautiful actually. I realized that the NFT I created isn’t going to fade and it will always remain that way. Your grandkids are going to give it to their grandkids and it will look exactly the same. That’s pretty amazing. But what if I encrypted some sort of fading mechanism into an NFT? What if every time the work was resold it faded? There could be an NFT that fades, mimicking the qualities of seeing sunlight for a couple hours a day through the window of a home on some Grecian island. There could be something very beautiful about that too.

As someone who enjoys collecting, I'm excited for this whole adventure into the unknown. In the future, I see NFTs as a way for me to be exposed to and own work that I love that I could have more access to online, like Venezuelan art or Tibetan art. A global art market is opening up, and we all have to consider that the artists whose work we collect as NFTs are all experiencing this in a new way, too. I imagine collecting NFTs feels more intimate than buying through an intermediary, like buying art directly from a friend.

I also think NFTs can become an entirely new form of gift-giving. I like to give gifts, but I’m also lazy. If I can find ways to easily give someone a very special gift, that’s great, and I'm always on the lookout for that. NFTs just add another dimension to the half avatar/half digital souls that we all have.