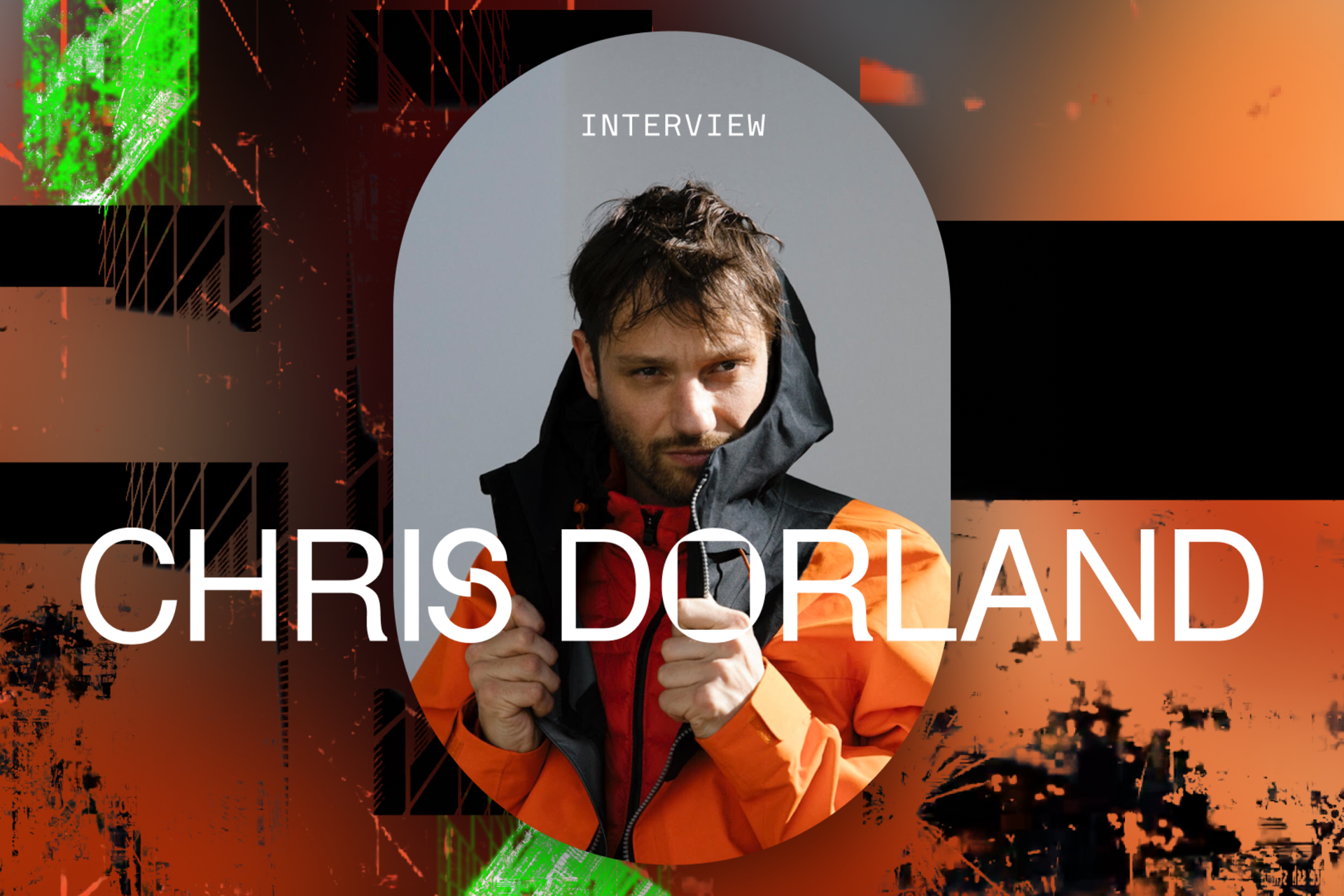 The artist explores themes of dystopia in his new NFT series.

Chris Dorland explores what he describes as the “violent and totalizing relationship” between advertising, surveillance, and gaming technologies and their effects on our morphing understanding of what “reality” means in the 21st century. He’s widely known for his large-scale digital paintings and videos that critique the infrastructures and mechanisms that lie beneath the utopian gloss of consumer technologies.

He incorporates drones, scanners, 3D visualization software, and data processing, as well as raw footage captured on night rides through the city to create chaotic, layered, visual works. Many of his artworks are in notable collections, including Whitney Museum of American Art, The Bronx Museum of the Arts, and Microsoft Art Collection.

We sat down with Chris to discuss his perspective on how the NFT space has evolved over the last few months, the fluidity of digital and physical tools, and emerging visions of the metaverse.

You were part of our initial NFT launch back in October of last year. A lot has changed in the world of NTFs since then! What have you been observing since your initial release?

I mean it’s totally insane. I don't know if I’ve ever witnessed something go from zero to hyperspeed quite so quickly. Especially not insofar as the emergence of a new market exploding into mainstream consciousness. I think a lot of people’s heads are still spinning and honestly it’s still very early days and the verdict on all of this is far from in. But it’s obvious that crypto and NFTs have captured the imagination and aren't letting go anytime soon. I was a big fan of the GME/stonk phenomenon that erupted a few months ago and there are clear parallels between the retail trader revolution and the NFT marketplace. As someone who is fascinated by the mechanics of accelerationism the whole situation is thrilling.

For the last decade your work has been involved in examining the relationship between digital space and contemporary painting. How do you see crypto and NFTs relating to the rest of your practice?

Questions about perception and the tensions between digital space and “reality” are at the core of my work. Partially driven by the pandemic the possibilities of virtual spaces have evolved in ways that would have seemed like distant dreams only a few years ago. I don't think anyone can really overstate how seismic the shifts currently taking place are. Reality as we understand it is in the process of splintering as a result of technological advances that we haven't caught up with or even fully understand and the blockchain is a big part of that.

Over the last few months I’ve definitely been sort of crypto red pilled and feel like a rabbit tumbling down the rabbit hole. My cousin and I text each other buying tips and dumb dogecoin memes all day. I even had a strange crypto asset-related dream last night, the details of which I won’t bore you with.

Your work tends to have a dystopian, cyberpunk feel to it. What’s your vision of the future?

It’s funny because on a basic level I’m a pretty positive and optimistic person, but on a larger level I have a shockingly bleak outlook for humans and our future. In some ways I feel lucky because I’ve realized that as the world becomes increasingly chaotic and unstable I actually find myself even more inspired to make work. This last year has been a real high point creatively despite–or possibly as a result of–how fucked up the world has felt. But my deeper sense is that none of this is going to end especially well for any of us. My general belief is that we're somewhere in the relatively final stages of being what we have known as “human” and that we’re on the precipice of incredible and as of yet incomprehensible change. Maybe we’ll get lucky and it won’t be so bad, but it definitely won't be what it is.

You mentioned that your new series of NFTs were inspired by reading Neal Stephenson’s book Snow Crash. What does the idea of the metaverse mean to you?

I’ve been interested in virtual space for a while. Last year as part of my solo exhibition Active User at Nicoletti in London, I designed an entirely digital exhibition called  flr-13 that was based on the conspiracy theories about thirteenth floors. But Snow Crash is one of those books I’ve known about forever without ever really knowing what it was about. I just knew it was long. I finally read it a few months ago and was basically like – holy shit this book is amazing. Stevenson’s ability to imagine and describe the metaverse (a proto virtual reality environment) back in 1992 was a remarkable feat of imagination. And of course now with the development of spaces like Decentraland and Cryptovoxels and web 3.0, we are on the threshold of a whole new frontier with regards to digital space. And of course NFTs are going to play a huge role in that story.

My new drop consists of a series of 3 NFTs. They are interconnected but each one is like it’s own distinct vantage point or digital vista. I think of them as little landscapes from within the metaverse. Maybe it’s a moment where the illusion is breaking down and the artifice is erupting into its own code. Like a twitch or a glitch within the simulation revealing it’s on a substructure. Or maybe it's a hallucination. Or maybe it’s just a simulation of a glitch within the simulation.

You co-direct Magenta Plains where you have an exhibition up by another Foundation artist, Rachel Rossin. From a gallerist's perspective, where do you see the future of NFT’s in relation to the brick and mortar art world?

It’s a huge deal to have a digitally native marketplace arrive fully formed. Obviously artists have been selling digital products via art galleries for some time but it’s always been cumbersome and clumsy and only a miniscule portion of the overall art market. This is a fundamental transformation in how digital work is sold, exhibited and collected. And an entirely new and digitally native collector base has emerged with it’s own unique sensibility. Again it is so rare for something like that to happen seemingly overnight.

I’m going to be very interested to see what capacity galleries adopt NFTs. Certainly the “smart contract” is an amazing and truly needed tool for the artworld. But the truth is that the coastal art world that I’m familiar with is an old school space and has been historically pretty slow to adopt new technologies. That said, I've been very surprised–and slightly amused–at the speed with which the big 3 global auction houses have so readily jumped into the NFT marketplace. But at the moment it seems like NFTs work best as a peer-to-peer transaction where the artists themselves are minting and selling directly to the collector. Something about that somehow feels right. At least for now.