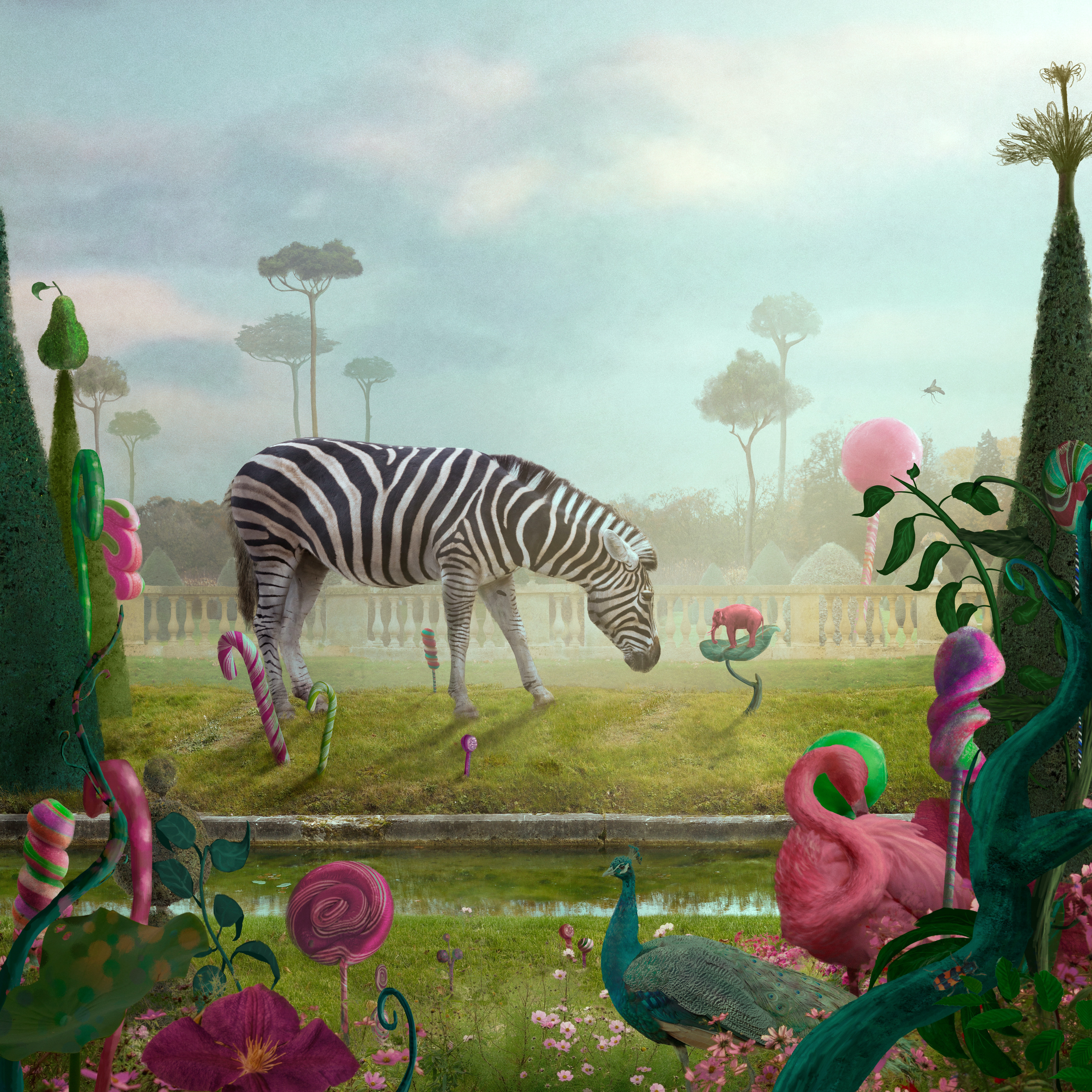 There is an expression: "Don’t think about a pink elephant", example coming from an experiment of trying to suppress unwanted thoughts, which is likely to result in making them come to the surface. Known as the “ironic process theory,” The phenomenon was identified through thought suppression studies in experimental psychology.

An addition to the multi - awarded Tale of the Blue Pear series-
The body of work started in 2013 and presents a visual story about a woman who found a secret passage which led her to the parallel universe. In this universe things were twisted...animals could talk, fish could fly, and the woman could be anything she wanted to be. But  on her way she lost her heart, and in order to experience this world she has to find it again...her own self, her heart, which is embodied in the shape of a pear.

Nikolina's work has gained 20 international awards and has been exhibited in galleries and museums of Europe, USA and Asia. Featured in numerous books, magazine covers and publications.