Rick Silva on the nature of a not-too-distant future.

A fascination with the wilderness, landscapes, and geological forms are central to the artist’s Geomancer series.
Published on
17 May 2021
Wrritten by
Eileen Isagon Skyers 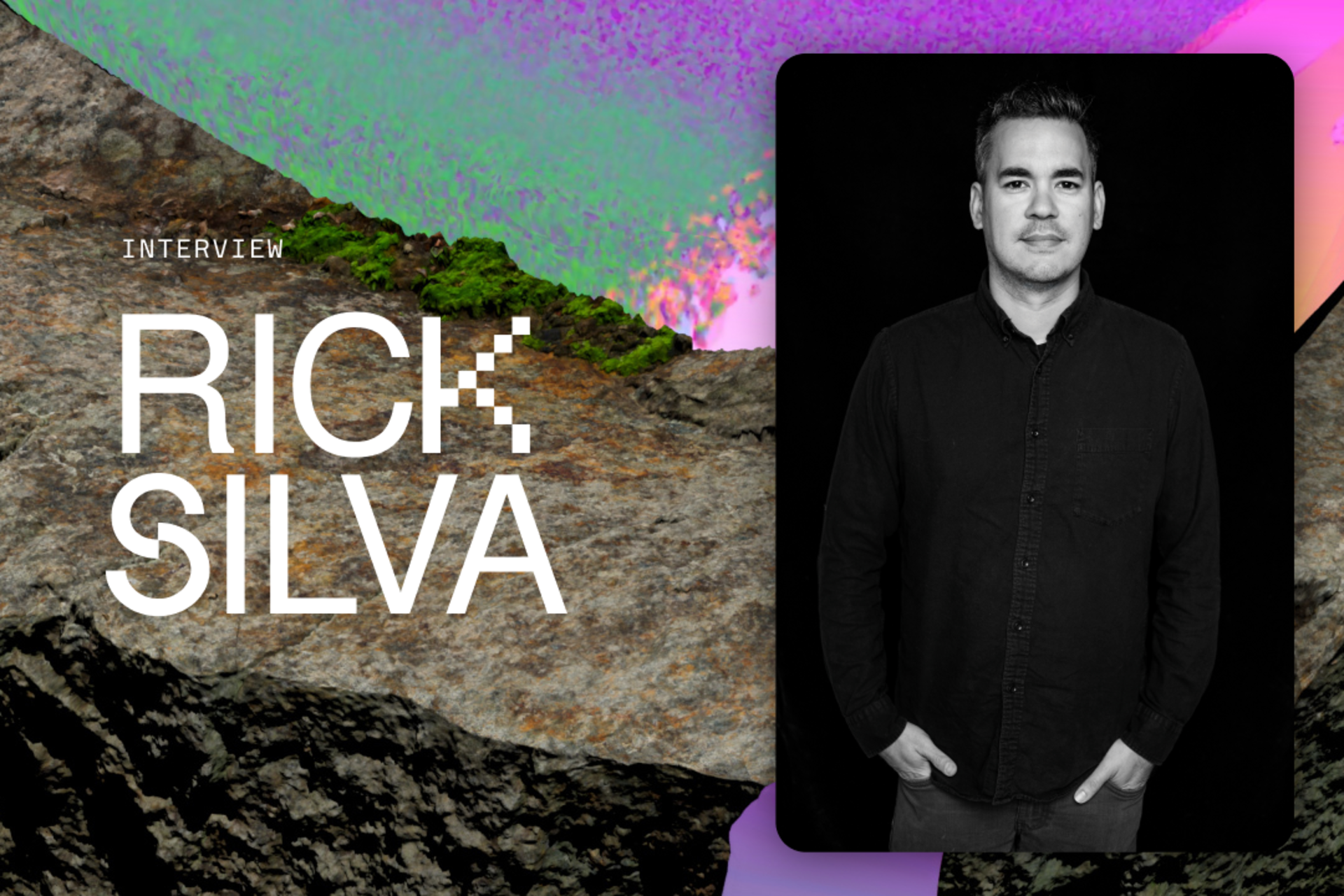 Rick Silva was born in Brazil, and lives in Eugene, Oregon, where he’s an associate professor of art and technology. His digital media work has orbited the world across more than a hundred exhibitions and festivals—including Barcelona’s Sonar festival, Transmediale in Berlin, Crystal Bridges Museum of American Art in Arkansas, and The Centre Pompidou in Paris. His video works engage with geologic landscapes as intermediaries between real and virtual space, and imagine the nature of a not-too-distant future. Most recently, his work has looked to address ideas of landscape, wilderness, and the protection of public land.

His ongoing Geomancer series shows singular, geological forms that appear like gravel or rock that seem to be spliced, or glitched, in different manners. We wanted to know more, so we spoke with Silva about his latest foray into the NFT landscape, following his storied presence in the early 2000s net art space.

Can you share a bit about your digital tools and processes?

Sure, I make 3D animation mostly in Cinema 4D, and sound in Ableton Live. Alongside those, I’m using several Adobe image and video editors, various plugins like Redshift and X-Particles, and libraries such as Megascans. A couple of projects have also used aerial drones to source video footage and terrain maps of wilderness areas. My process is very much... process-based. I see these software programs not as tools, but instruments that you practice and learn to play in a style that only you can, creatively mis-using them and pushing them into new and weird directions.

Your practice concerns various themes of landscape, and wilderness, and delves into the idea behind who owns or protects that space. How do you use software to reinterpret landscape, and perhaps even “reconstruct” it?

In my work, I often think of landscape as an intermediary between the virtual and the real. I’ve explored this in-betweenness in several projects over the past ten years. For my 2012-2013 project En Plein Air, I took my laptop outside and made 3D animations in one sitting, reacting to the immediate environment and elements—a reversal of the usual animator’s workspace and workflow. Over those two years I made over seventy En Plein Air works in remote locations along the Rocky Mountains and the Pacifc Northwest.

Your Geomancer series centers on the greek term γεωμαντεία, or “earth divination,”—and the works depict mesmerizing, curious glitches against singular pieces of gravel or rock.  Can you share more about the thinking behind the series?

Geomancy connects my interest in landscape and wilderness with science fiction and speculative futures. The geological forms in the Geomancer series are contrasted, sliced and enveloped by these summoned force-fields. The first Geomancer I made was in 2019, for the a2p v.1 project. a2p was also the first time I attached a work to a blockchain. This series will continue to unfold as an ongoing response to blockchain technology and its manifold variations.

Your 2018 film Western Fronts is a bit of a pseudo-nature documentary. It scans the wilderness with large shapes that reduce the landscapes into grayscale polygons.

Can you describe some of the settings or microclimates where you shot that footage, and how you extracted from it?

There are four parts to Western Fronts, and each corresponds to a US national monument location; Cascade Siskyou on the California Oregon border, Gold Butte in Nevada, Grand Staircase-Escalante and Bears Ears, both in Utah. In 2017 a memo leaked from the US administration laying out plans to slash protections and borders for these four monuments. As part of this project, I went to these locations and gathered over ten hours of aerial drone footage, much of it in these contested border zones. In post production I digitally reconstructed the landscapes so that the earth’s crust is revealed as a digital crystalline transparency. The four videos total eighteen minutes and feature sound design by Kuedo and Holy Other.

I read somewhere that you studied under the film pioneer Stan Brakhage (a personal hero of mine). What was that experience like, and how did that influence your work?

Yes, in 2001 I received a BFA in Film from the University of Colorado where Stan Brakhage taught for over two decades. I feel so fortunate to have taken several classes with him while there. Much of my early sensibilities about art were formed in his lectures and watching those hundreds of experimental films. Seeing Brakhage’s Mothlight as a 16mm film projection was a life changing 4 minutes. It is incredibly poetic, but also conceptually brilliant—oscillations of art and film, death and life, representation and abstraction, the physical and the ephemeral.

How did you get introduced to some of the early phases of net art and animation? What was the scene like then?

I started making my own video synths and mixers around 2000, and made my first website to promote my live video work at that time too. I built the website in Flash, and soon after started redesigning it every few weeks. With each redesign it became less and less about the work I was doing offline, and more and more about the experience of the website itself. Every redesign had more interactive elements and more vector animation. Because my first digital animation experience was with Flash and website building, for me animation has always felt at home in the browser, and by default also distributed and asynchronous.

The early 2000s net art scene was shaped by the beginnings of high-speed internet. As speeds rose, so did net art projects filled with short autoplaying video loops. In some ways it feels very similar to surfing the Foundation site today.

Can you share any sage advice for those just starting out working with digital media?

A rendering stone gathers no moss. 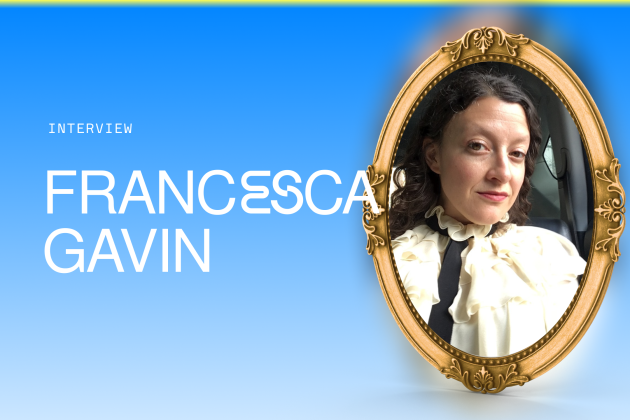 Francesca Gavin on the intrigue of formlessness.

The groundbreaking contemporary art writer and curator shares her insights on replicability, value, web3, and our “obsession with nothing.” 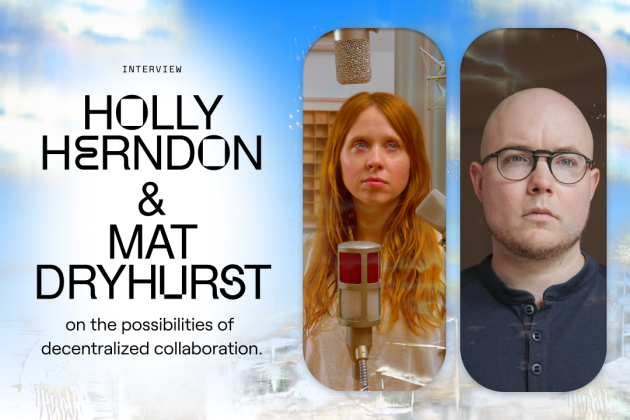 Holly Herndon and Mat Dryhurst on the dreamy possibilities of decentralized collaboration.

The artist and musician couple share how they’ve stayed true to their creative principles while simultaneously pushing the evolving boundaries of AI, DAOs, and other decentralized tech. 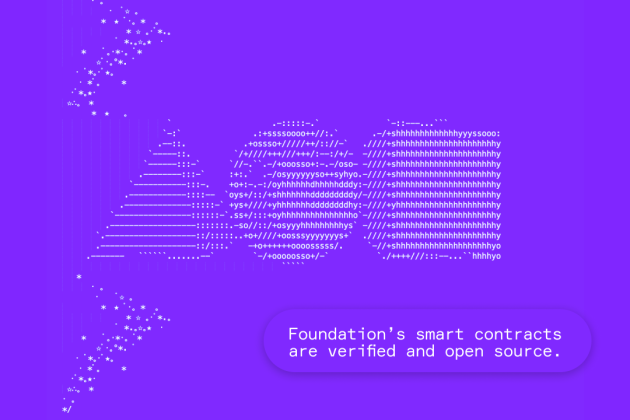 We’re contributing to a more transparent and accessible future.