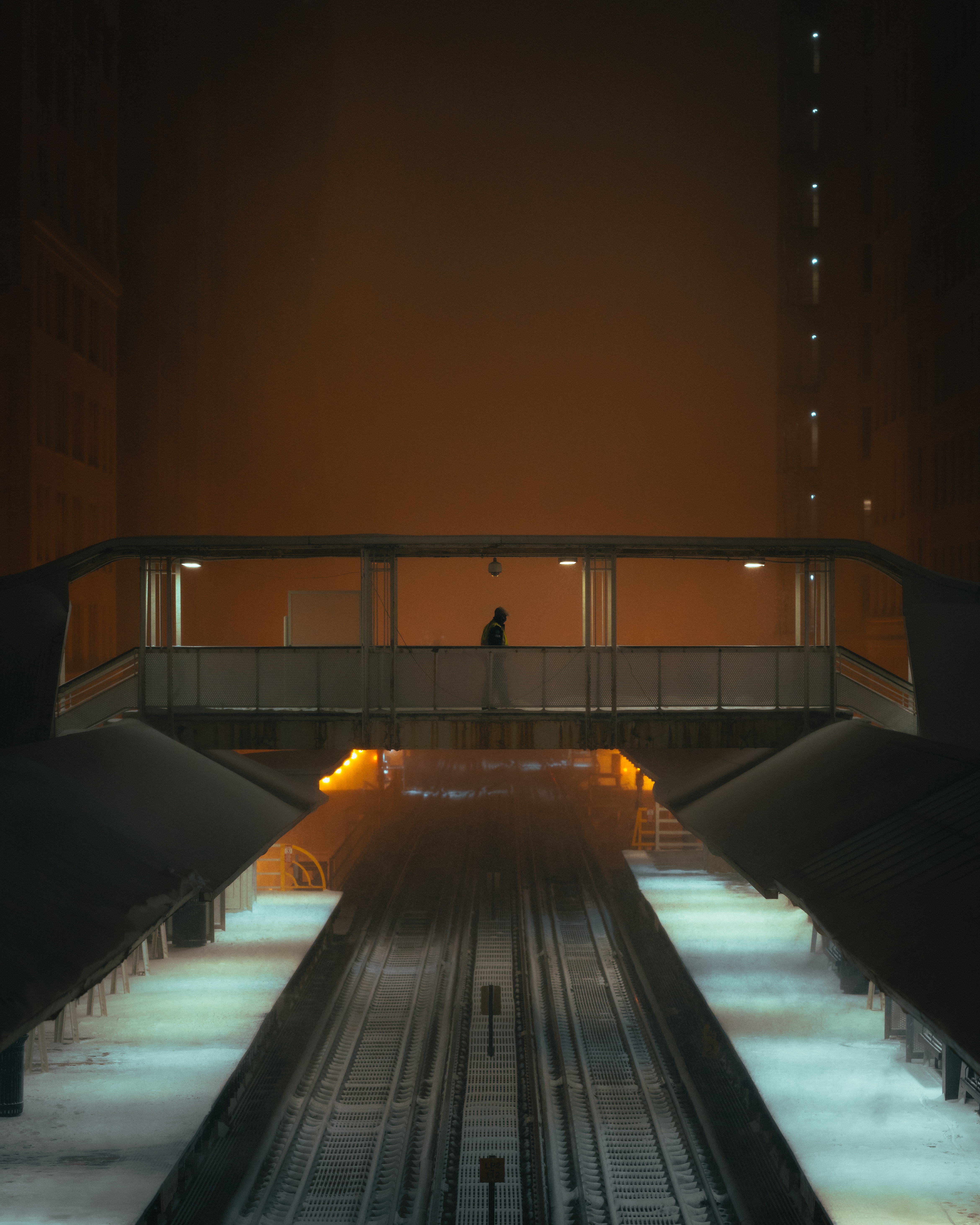 There’s something calming and beautiful about a snowstorm. On this particular night, the snow was heavy and blanketed the downtown buildings in a white fog. The Adams/Wabash station is one of my favorites, but I’ve never experienced a night quite like this. Train stations and streets were empty, and you could almost hear the snow landing on the tracks.

The sky was set ablaze by the lights of the city. As the snow picked up, a lone figure emerged. He moved methodically over the bridge, seemingly unaware of the beauty surrounding him.

This is shot #01 of the Strange Nights series. Three shots from the same station on the same snowy night.

Phil is a street photographer based in Chicago, IL. His work focuses on low-light and cinematic moments, often highlighting isolated figures.