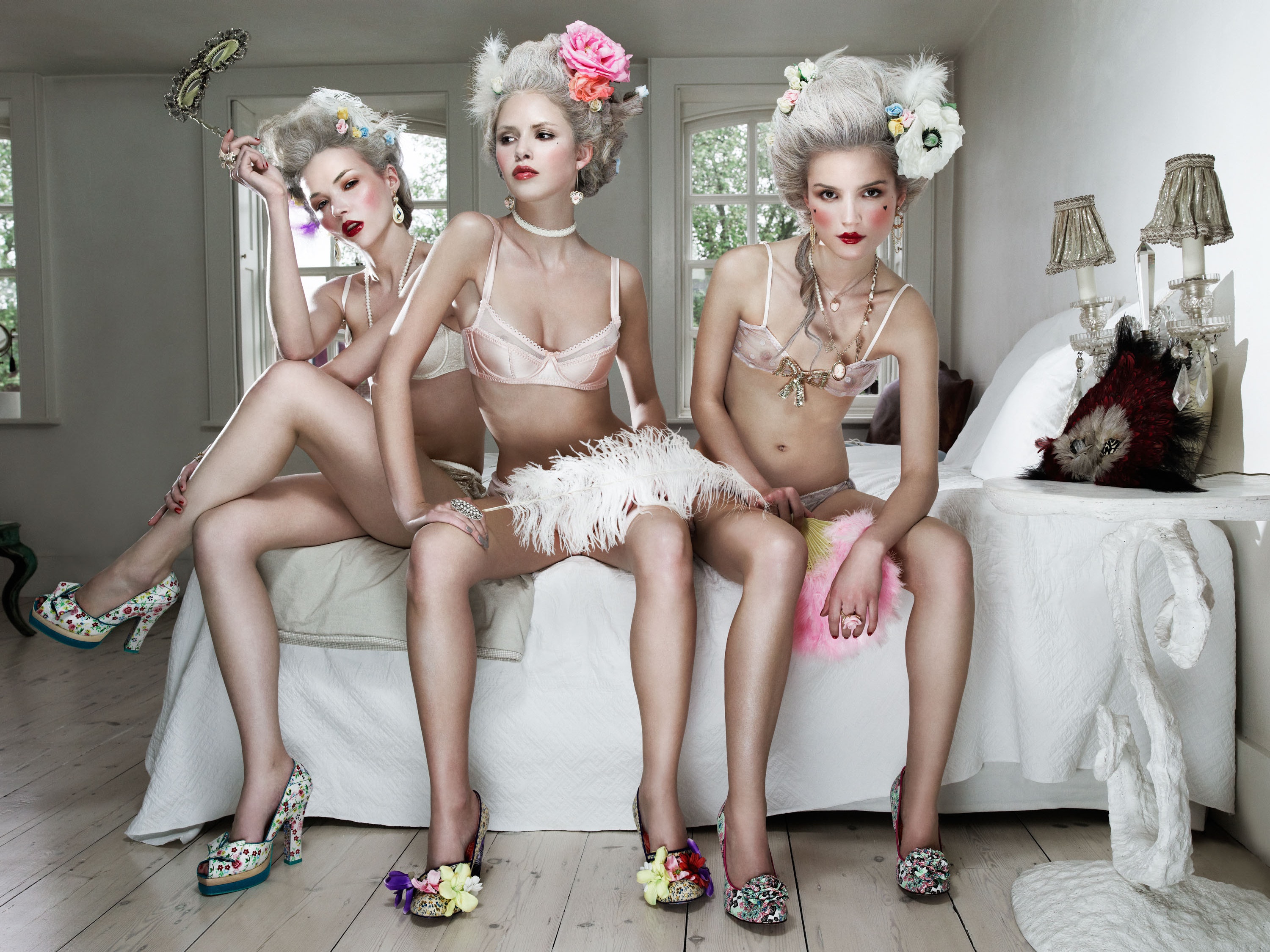 Collection: The Flying Squadron (L'Escadron Volant)
The latter decades of 16th Century French history are often referred to as “The Age Of Catherine de Medici”. Mother of 3 French Kings, Catherine learned through her marriage to the unfaithful King Henry II, that men were easily distracted by beautiful courtiers. Catherine saw first hand the potential of using the boudoir as a battleground. When Henry died she seized the initiative. Using her influence among female courtiers she recruited a team of sexual spies to seduce the powerful men at court and supply her with valuable secrets that she used to mercilessly rule France’s political landscape.
This group of women were christened The Flying Squadron. The sensual seductresses were introduced to court as an innocent dance troupe. They performed sexually charged ballet in extremely daring outfits, often constructed from virtually transparent fabrics.
My images are the re-imagining of Catherine’s Flying Squadron.