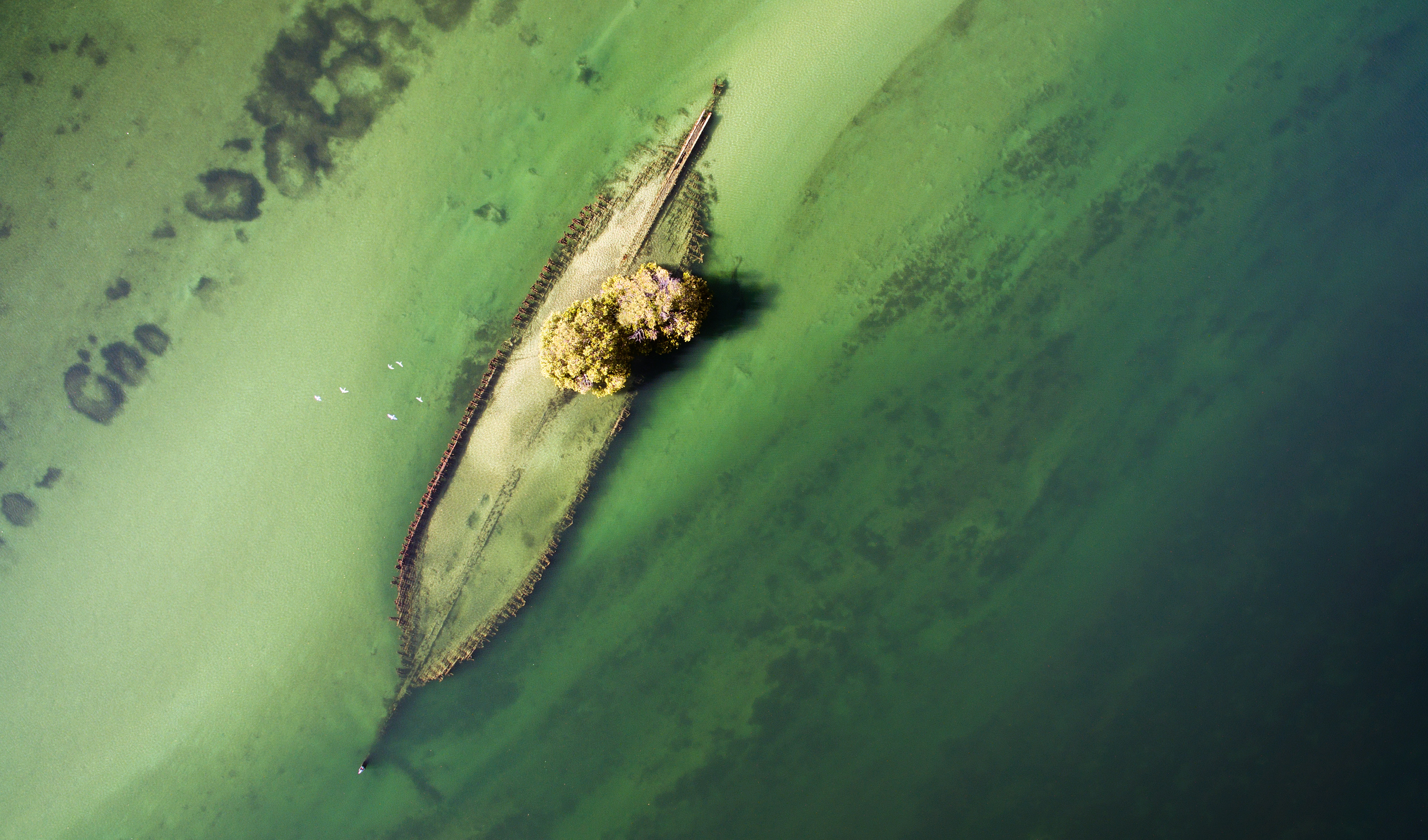 Wreck of the Dorothy H. Sterling as seen from above at Garden Island, Port Adelaide.

The Dorothy H. Sterling (formerly named Oregon Pine) became a victim of the Great Depression when it arrived in Port Adelaide in 1929 with a cargo of timber from the USA. Unpaid harbour dues resulted in the schooner being seized and offered at auction. Bids did not reach the reserve and the vessel was eventually sold to a local shipbreaker.

This image was featured in DJI's 'Above the World' Book

Photography, and artistic endeavour is about portraying a scene that people recognise, but also, have never seen before.