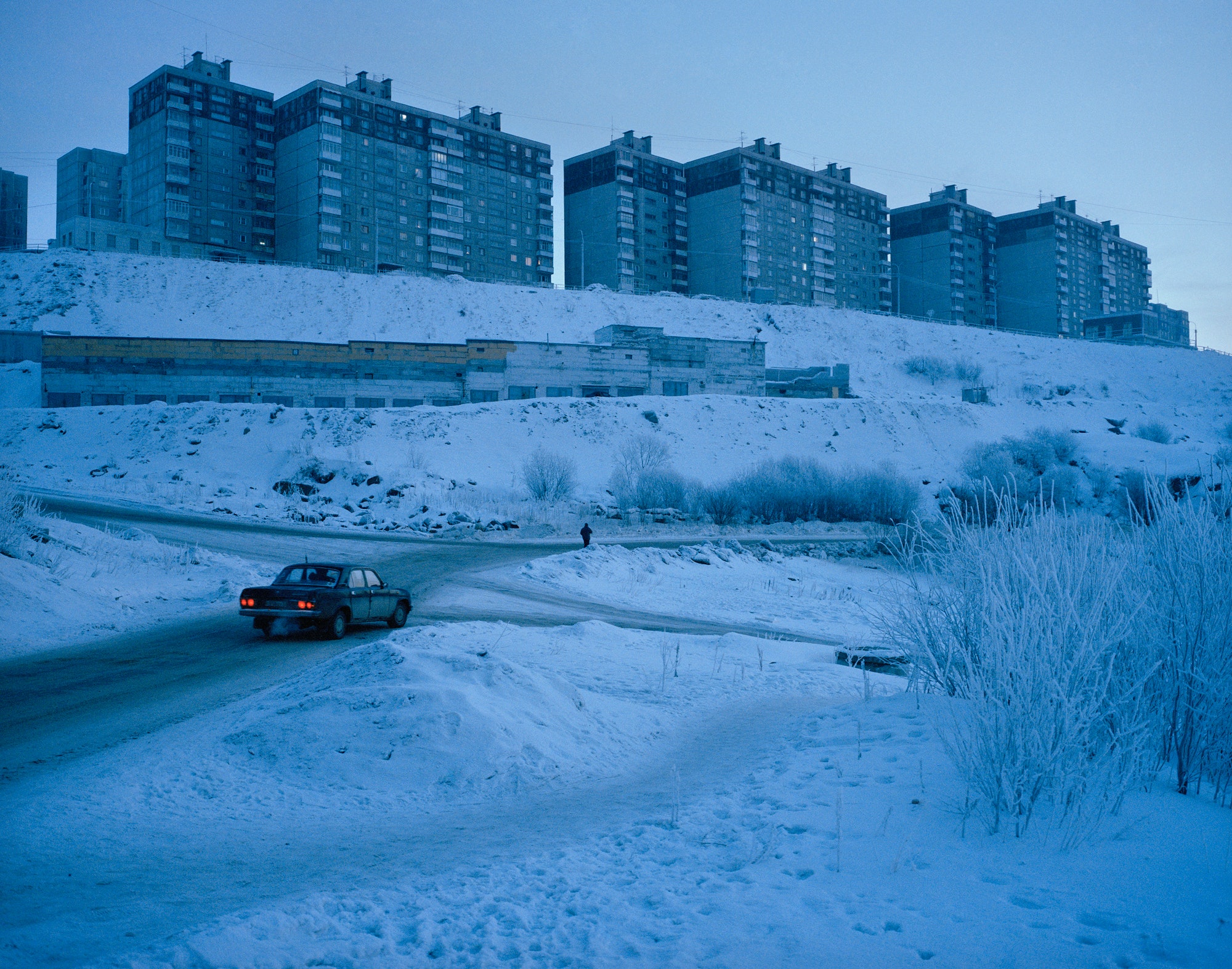 Unforgiving and dramatic winters have often been regarded as one of Russia’s most defining characteristics. A Russian winter is redolent both of great hardship, extreme temperatures, physical privation, an atmosphere of isolation and desolation, but also of great beauty. Photographed in the perpetual twilight of the Kola Peninsula, in the far north-western reaches of Russia, Polyarnye Nochi captures the ethereal meteorological phenomenon affecting this swathe of land that lies between the White Sea and the Barents Sea. Meaning “polar nights”, Polyarnye Nochi represents the naturally occurring period from December to mid-January, when the sun remains below the horizon, allowing for only limited light each day. These photographs explore the uneasy co-existence of man and nature, but also capture the indefinable and elusive beauty that emerges as a result of this precarious alliance.