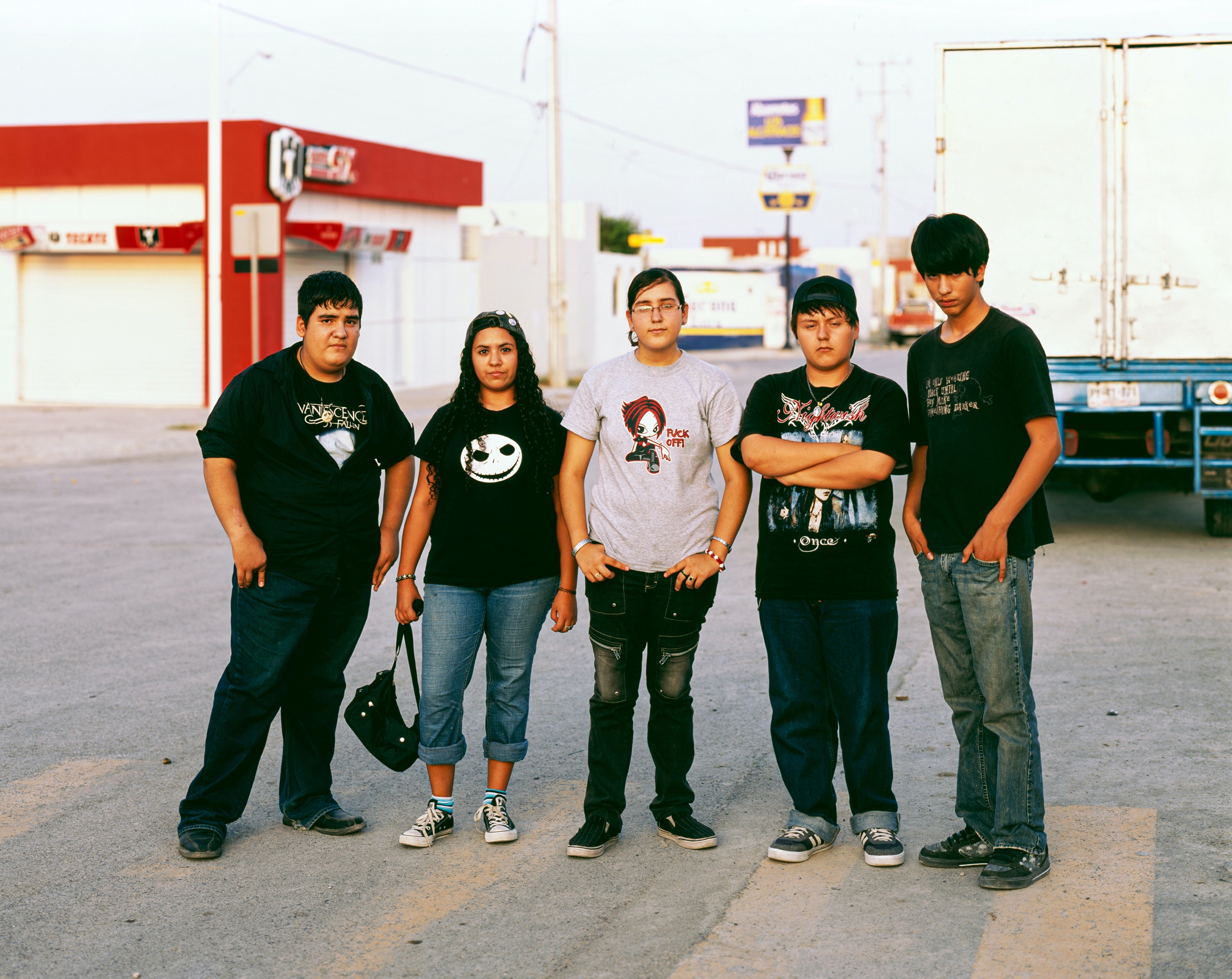 A group of friends on their way to Monterrey. Suburb in Juárez, Nuevo León, Mexico, 2005-2010. This image is part of a 5-year project called Suburbia Mexicana. During the first 10 years of the 21st Century, Mexico put forward a housing project that resulted in the construction of hundreds of thousands of homes around my hometown of Monterrey. These are the people who dared to dream to own a new home. I encountered them in their new suburbs and asked them to be part of the representation of a changing landscape we were both living through at that time. All images were done with a large format 4x5 film camera.