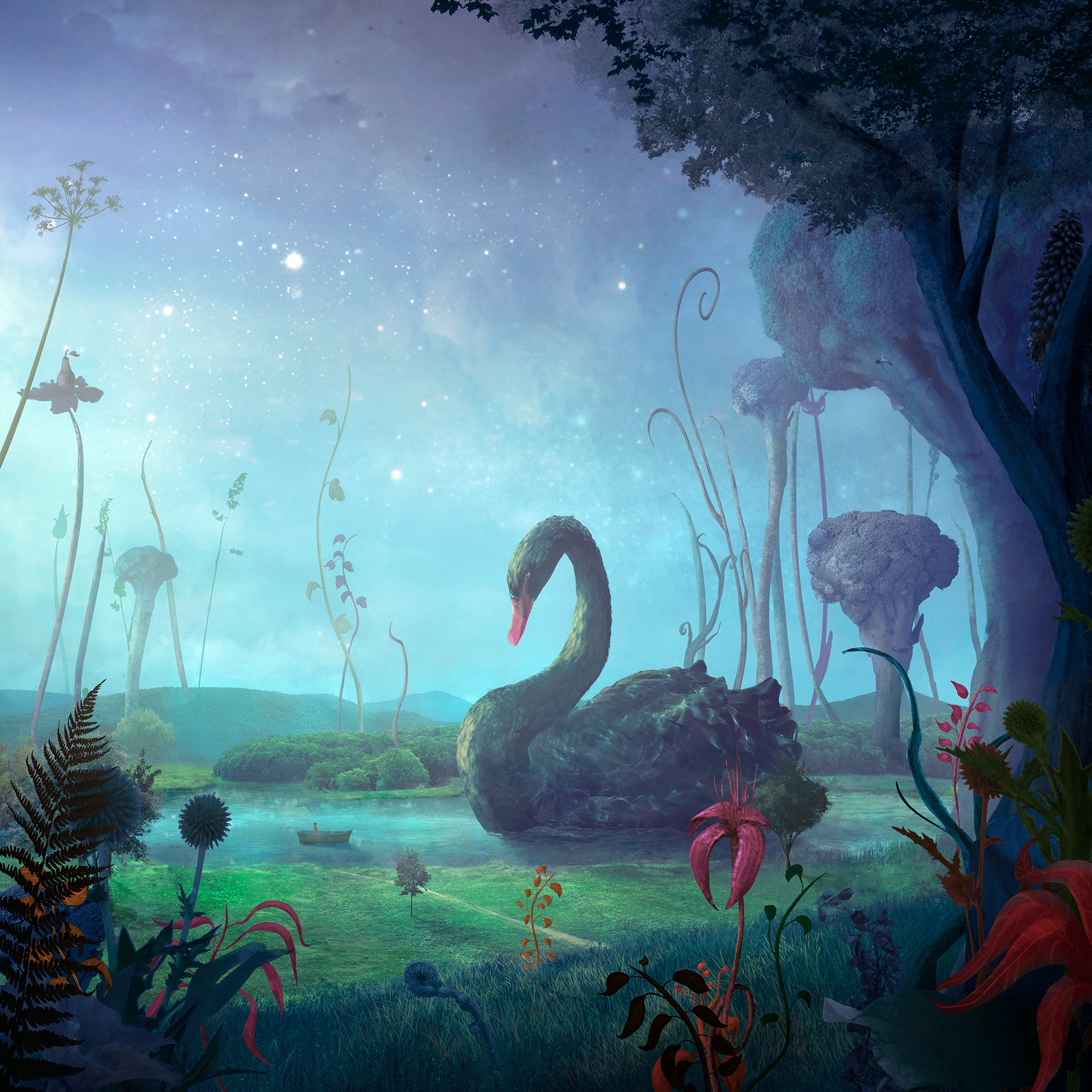 It is easy to lose yourself, but quite difficult to find our essence again.
A story about finding ourselves in the strangest places, and when we least expect it.

'In search for her lost heart, one night, the woman encountered the beautiful Black Swan. Being the only black bird in his flock, the Swan often felt like an outsider, and not belonging to the masses. One day he flew away, and for some time decided to live on the isolated lake, where some strange flowers grew. ‘

An addition to the multi — awarded Tale of the Blue Pear series.
The body of work started in 2013 and presents a visual story about a woman who found a secret passage which led her to the parallel universe. In this universe things were twisted...animals could talk, fish could fly, and the woman could be anything she wanted to be. But on her way she lost her heart, and in order to experience this world she has to find it again...her own self, her heart, which is embodied in the shape of a pear.

Nikolina's work has gained 20 international awards and has been exhibited in galleries and museums of Europe, USA and Asia. Featured in numerous books, magazine covers and publications.