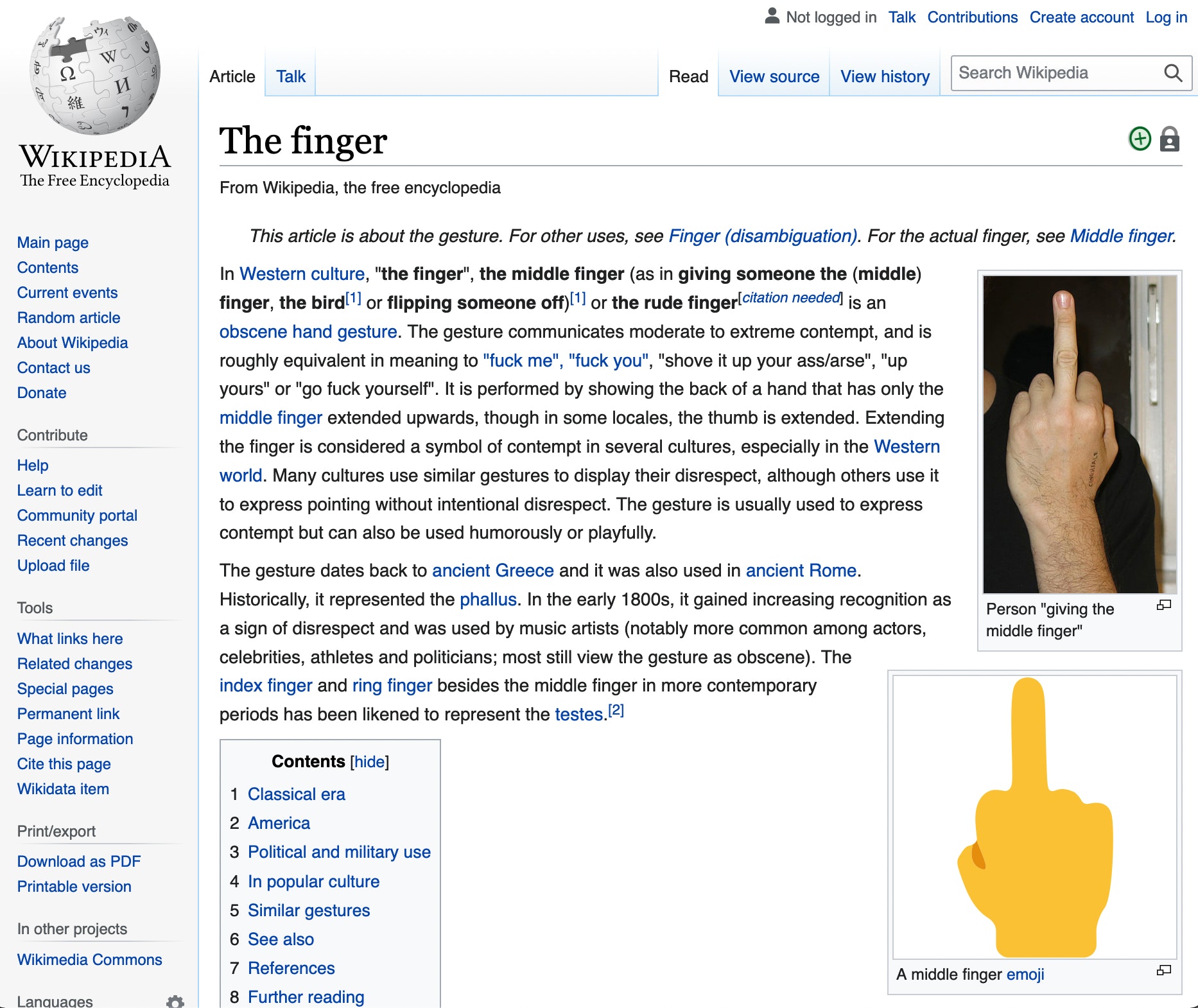 In 2013, I was officially banned from Wikipedia by a handful of Wikipedia editors in response to two of my artworks: Public Access (2011) and Mood Disorder (2012). These artworks consisted of photographs of myself standing on beaches in California, and one depicting depression, that were uploaded to Wikipedia.

In response to their verdict, I anonymously and surreptitiously made a photograph of my right hand flipping the editors off and uploaded it to the Wikipedia page for The Finger.

This sleight digital intervention is here made public for the first time, and was previously only known when I presented it in real life in artist lectures. It was kept secret to prevent the photograph's removal.

(There is a secret message written on my hand, the Italian word for wild boar: cinghiale.)