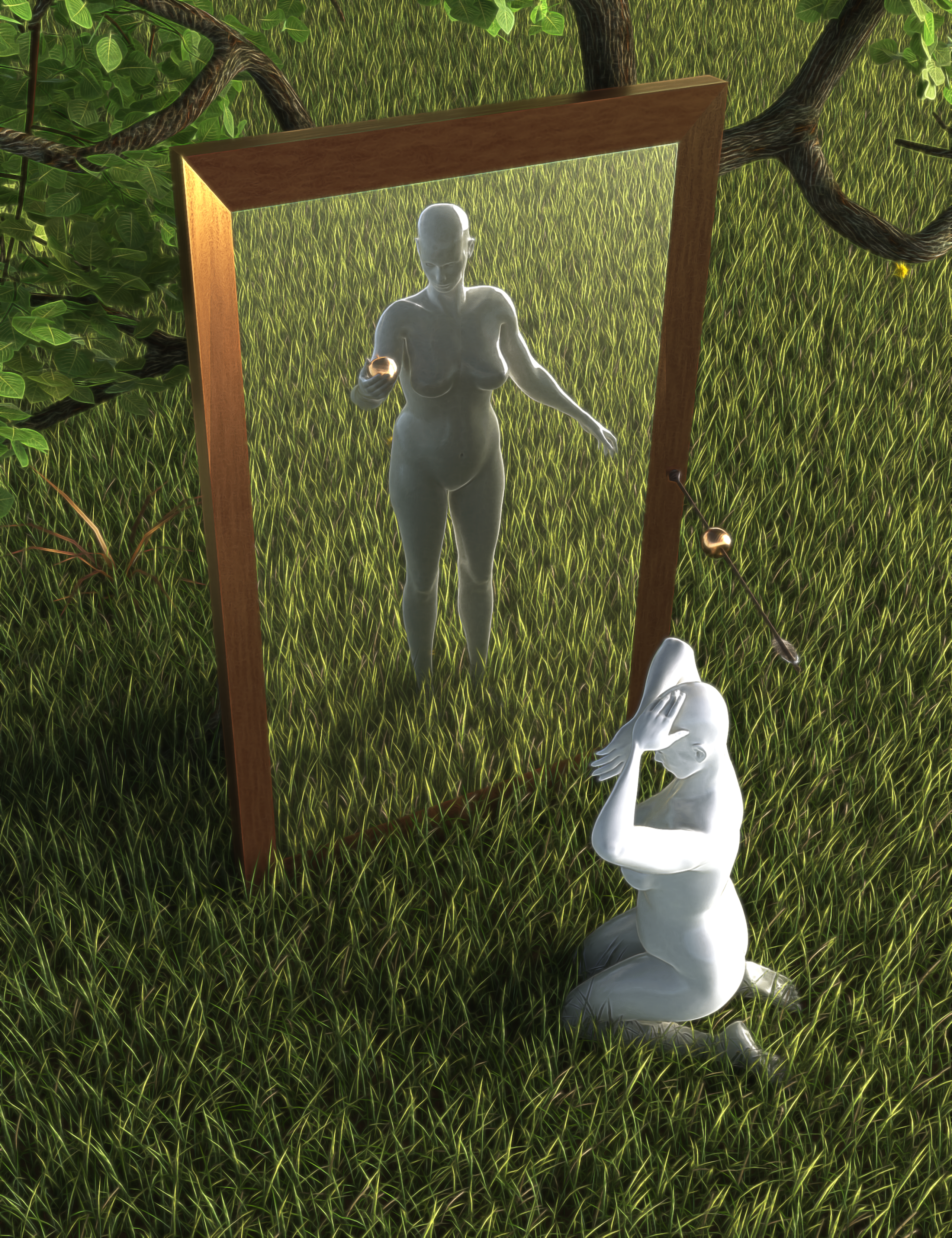 We see Venus the same afternoon she won the Golden Apple. She is there, alone in the forest, reflecting on how she won the prize: through a bribe. Cupid, who remains near her, playfully throws an arrow at the apple, pinning it to the frame of a mirror in which she observes herself. When she realizes what fate has in store for her (something already represented by Bronzino), she falls to her knees in front of her haughty image of triumph, which remains unperturbed on the other side of the mirror.