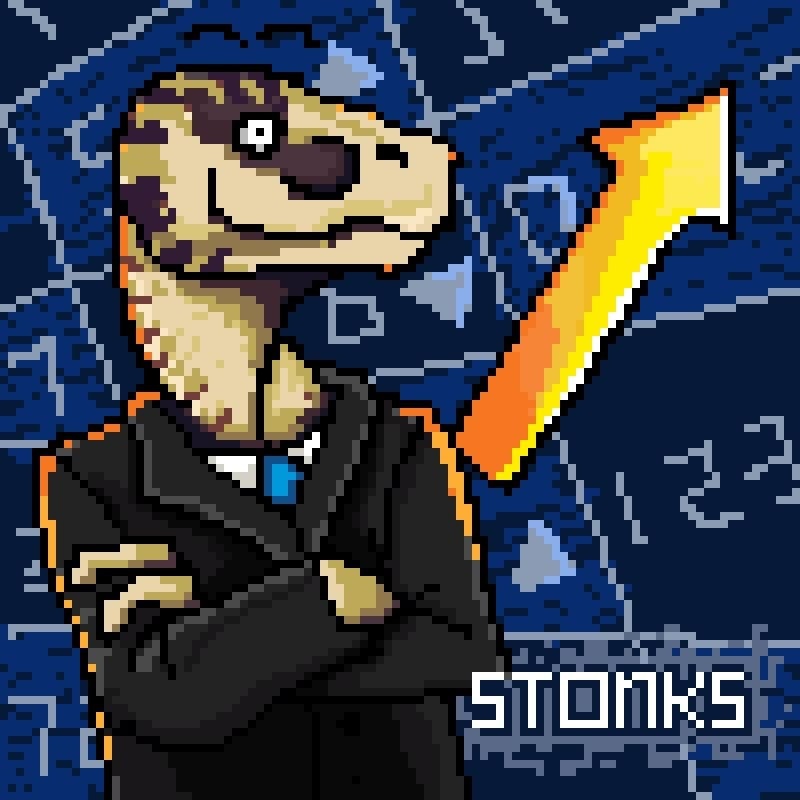 An original dinosaur made in the style of one of the most famous memes in the world. Supply 1/1

A bit of history:
Stonks is an intentional misspelling of the word "stocks" which is often associated with a surreal meme featuring the character Meme Man standing in front of a picture representing the stock market followed by the caption "Stonks." The picture began seeing use as a reaction image online in jokes about making poor financial decisions.