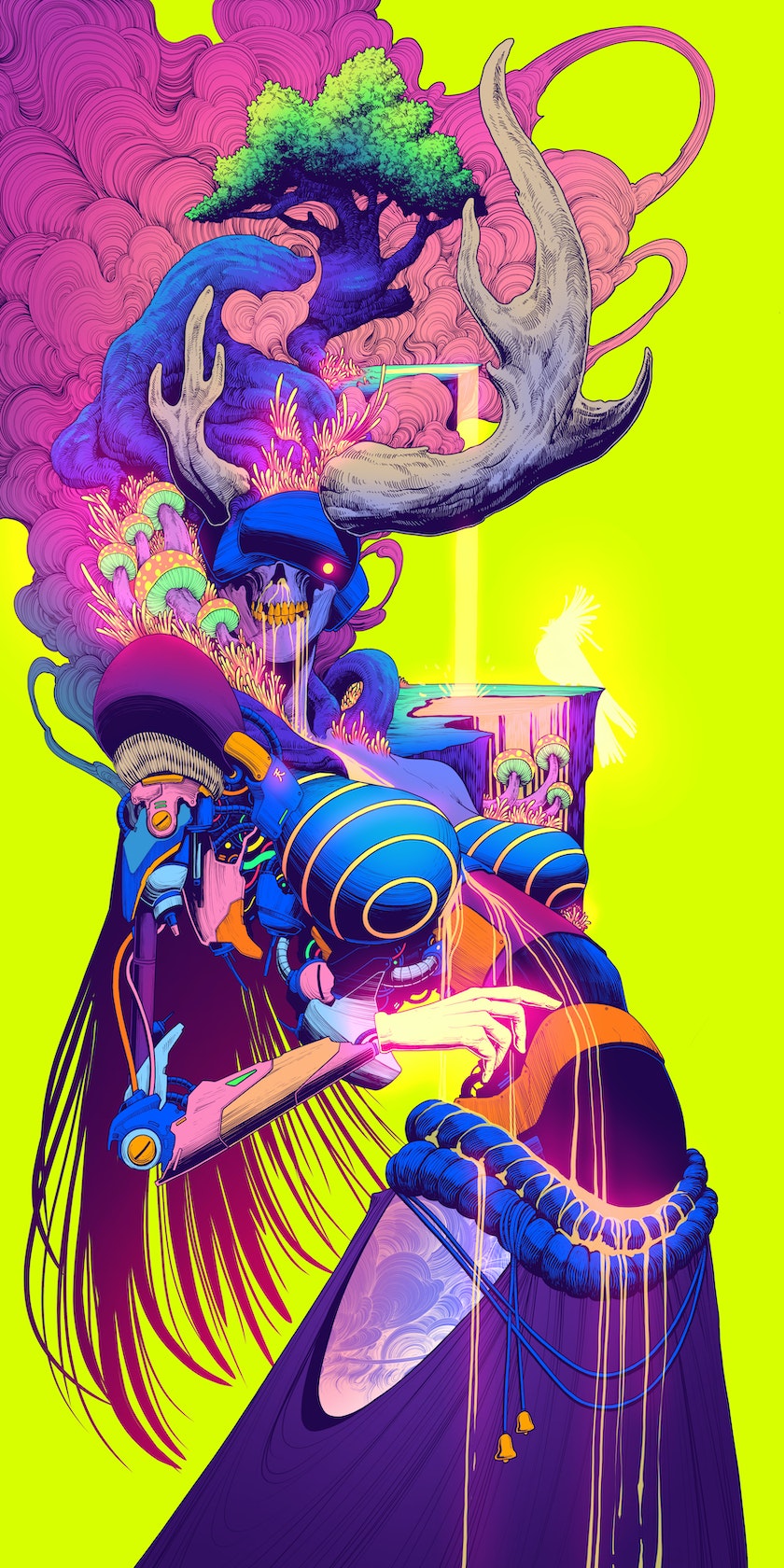 The Divine Comedy is a narrative poem by Dante Alighieri from 1308 - 1320. For me, This is a spiritual journey after humans die.
Actually, I know this not from Dante, But I know this series from Illustration by Gustave Doré who inspired me in the past until now.

So, I try to make a character base on that series with my interpretation and my imagination.