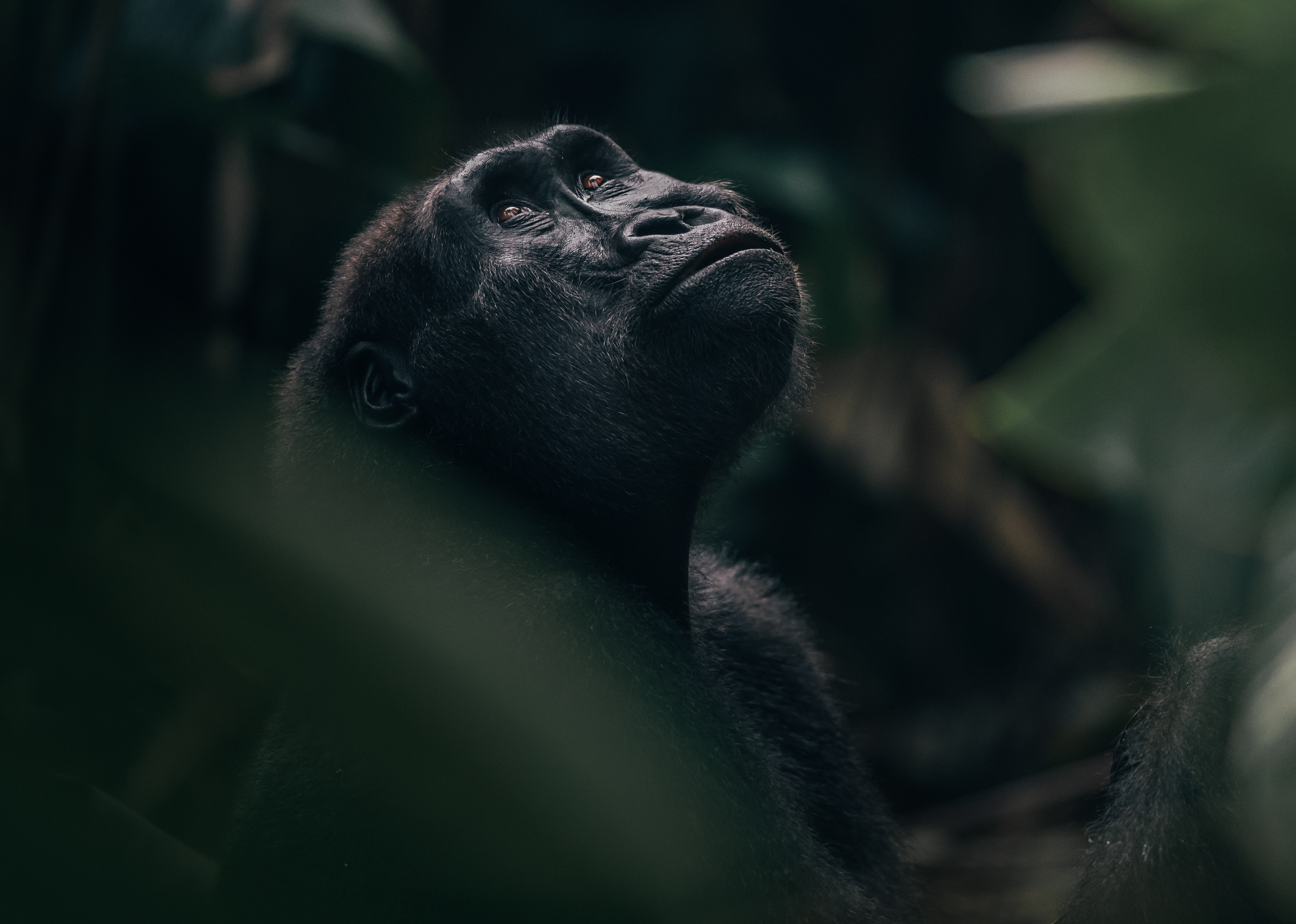 The three weeks I spent in the Congo Basin were the most profound of my career to date. The people, the landscape, the wildlife. It's easy to see why the Basin is referred to as "Africa's Lungs" - everything felt so ALIVE.

Nearly all of my time was spent photographing western lowland gorillas, following them through the rainforest from dusk until dawn.

This young female had a lame left arm, meaning she couldn't climb and follow the troop into the canopy. Though she was in pain, she moved with grace and purpose.

Often gazing toward the canopy with a stoic look, she'd watch on as the troop played above her. When I took this photograph, we sat just 5 metres apart for around 45 minutes.

I've never felt so intertwined with nature, as if I was melting into the surroundings. She aware of me, me of her. Two beings simply existing, in harmony, side by side.

Founder of the NFT Conservation Fund.