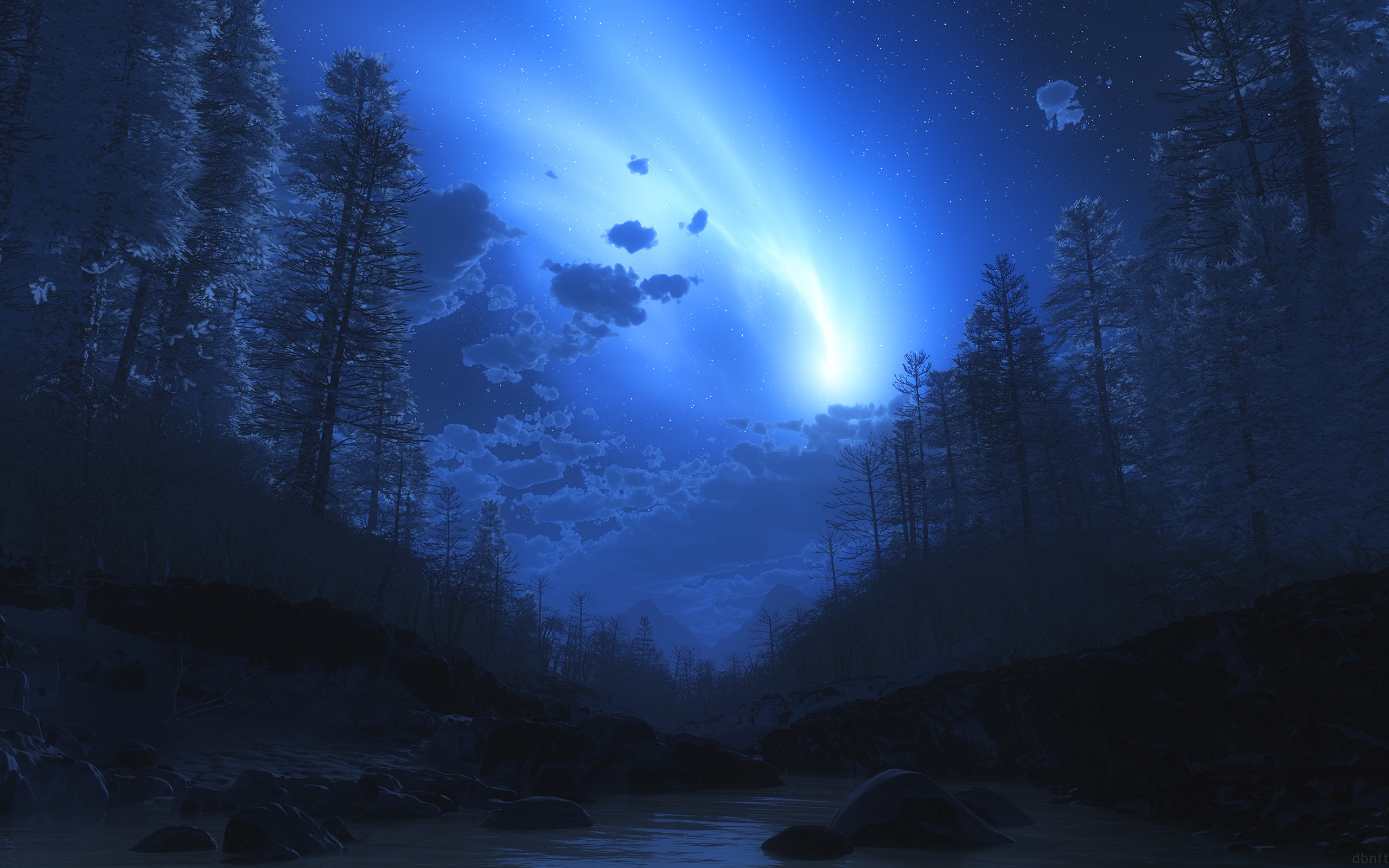 This is a very special image to me. I created it while recuperating from major abdominal surgery in early 2009 and in a way this represents my own personal phoenix.

I was re-reading George R.R. Martin's "Clash of Kings" at the time and a blood-red comet figures prominently in the story. The cyclical, returning, nature of the comet really inspired me.

The comet was created and rendered in Apophysis and composed in Lightwave into a sky-spanning "planet" plate for Vue d'Esprit.