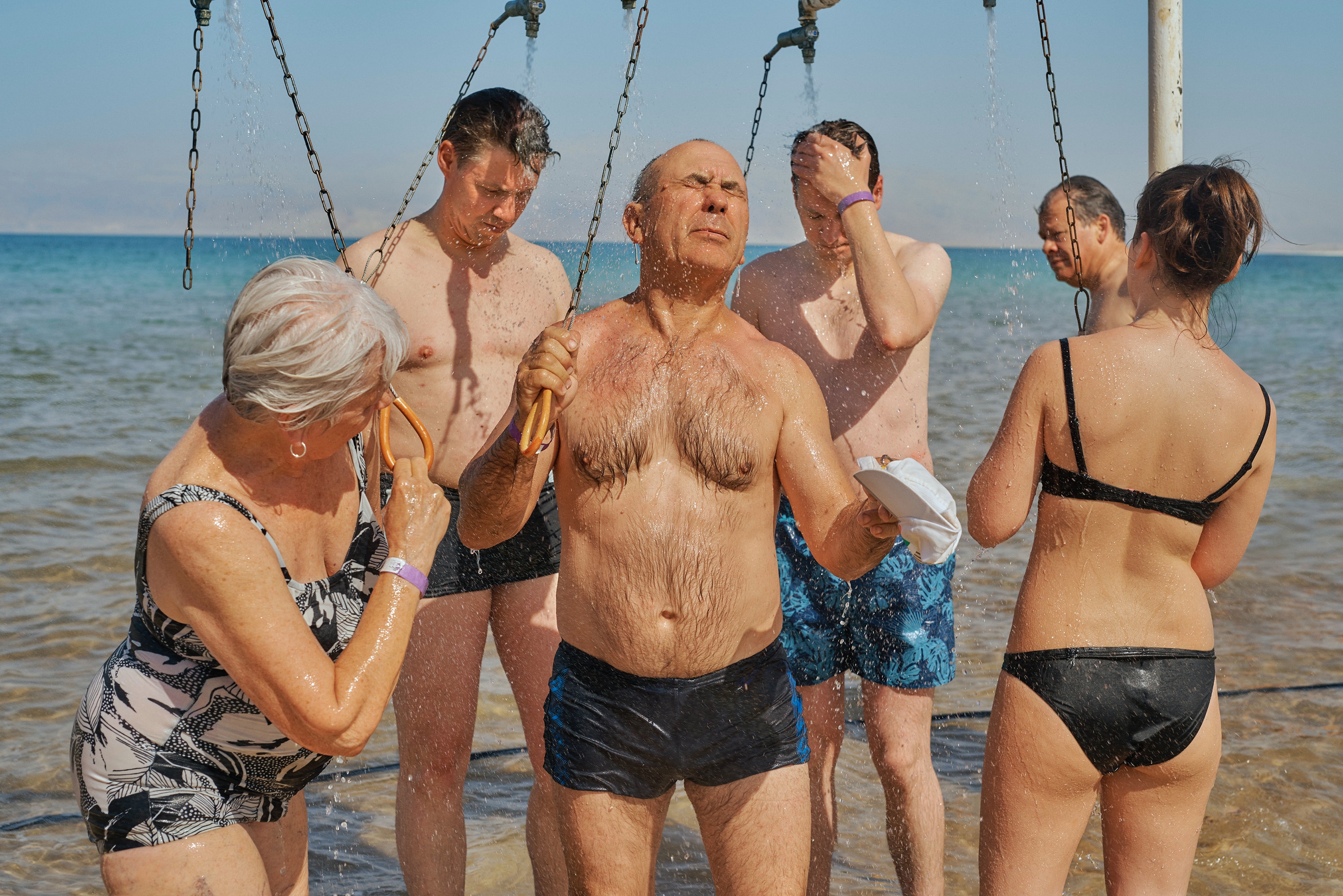 I first visited the Dead Sea in 2015. I found the showers on the water's edge to be particularly interesting as bathers gathered there to wash the water (almost 10x saltier than the ocean) from their eyes. The space around the showers is often occupied by people who are temporarily blinded from the water seeping into and burning their eyes as they find themselves stumbling desperately toward the freshwater showers for relief. I saw in the groupings of people under the water fluid compositions like those of Renaissance painting, coupled with the oily viscosity of the water itself. I also became interested in the nature of the water's edge as it constantly changes. The Dead Sea continues to shrink as a great deal of water which used to flow into it from the Jordan River is sent to Jordan as a result of peaceful negotiations between the two countries. This body of work speaks to the edge of the Sea and the temporality of what happens there in its fleeting existence.