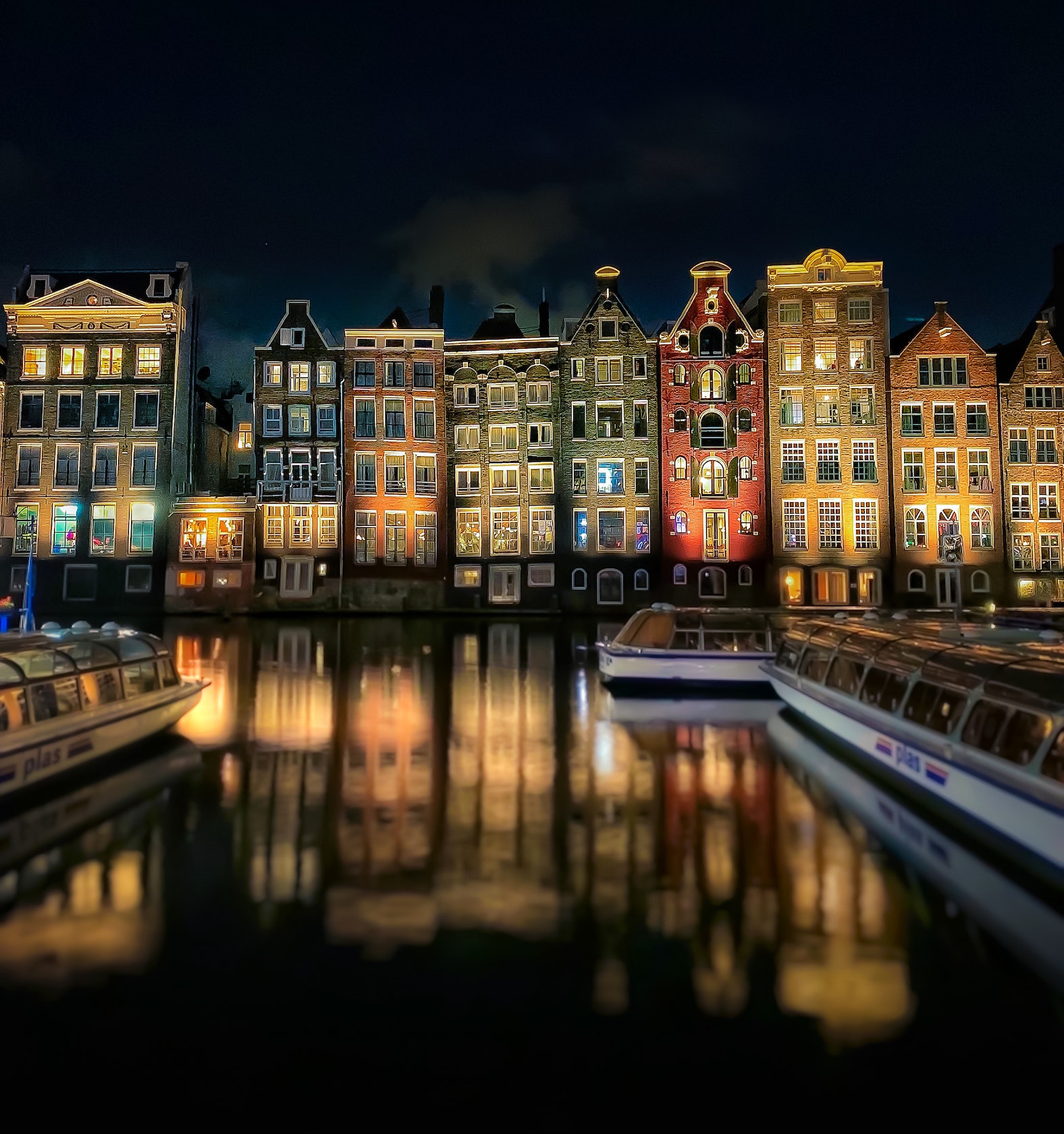 Amsterdam is often referred to as the Venice of the North because of the many canals that connect the city, most of which are navigable by boat. What I love the most about the city are the canal houses that are slim, high and deep. Most of these houses were also built with a forward incline.

Historically, these houses in Amsterdam doubled as storage places since Amsterdam was a typical staple port. This was a place where merchants made money by trading all kinds of goods that entered into the city, usually by boat. These goods were hoisted using the hook on the beam sticking out at the top floor. A leaning facade meant it was less likely that the goods would hit the wall or break a window.

Because the houses are so narrow, staircases in Amsterdam houses are also famously narrow. This might seem difficult when you want to move house but in fact, up to this day, people use the hoist beam on top and the wide windows to move their stuff into a house.