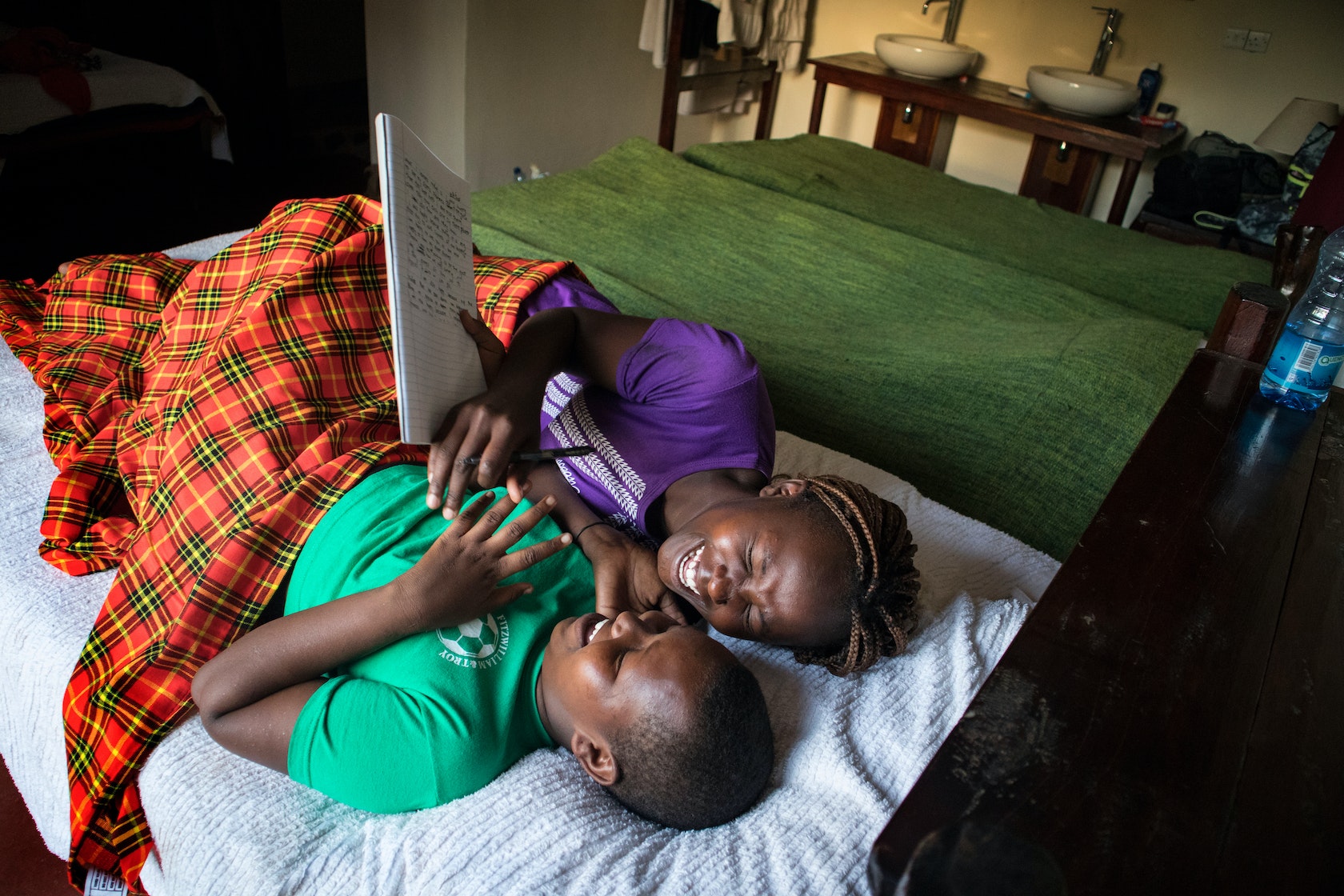 Eunice: “When I was 9 years old, my father removed me from school and kept me home for 2 years. One day, my father came home drunk and told me that he had arranged for me to be married to a ‘rich man’ and that I was going to be his second wife. The man was 75 years old. If I refused to sleep with my husband, he would beat me. One day I ran away, and now I'm back to school.”

Linnet: “I was a little girl when my aunt took me to class one, boarding school. In class three, my father came to pick me up to bring me home over the holidays and I was informed that I had to be initiated. I was so afraid, but there was nothing I could do; my father and other men would beat me up if I protested. I went through FGM and three days later, my marriage ceremony took place. In the evening of the ceremony, I was taken to my matrimonial home. The man who married me was 28 years old… I was helped by a lady and the police and now feel safe at school. I want to become a doctor...”