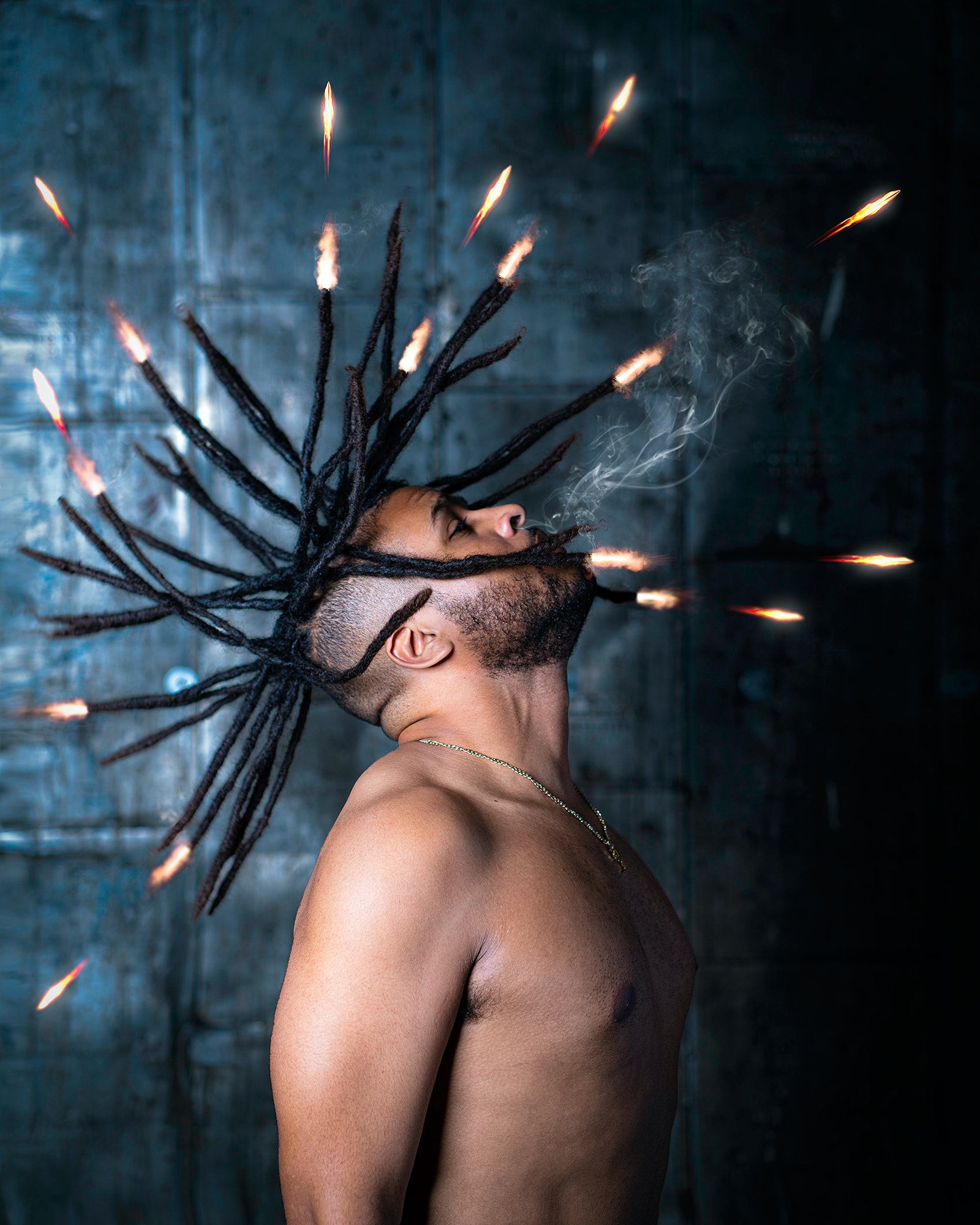 This image was inspired by a quote from a Hip Hop artist Big Sean. In the quote he said " a loaded mind is more dangerous than a loaded weapon". When I heard this quote it resonated with me deeply because I truly believe in the power of the human mind and brain. I started to create an image in my head that could represent the mind as a loaded weapon. In the image you see the mans dreadlocks firing off bullets and if you look at his nose you can see smoke leaking from it as it were the barrel of a gun. As humans I believe our brains and minds are our strongest weapons and that with them we can change the world.

The illustrations I create in my head are brought to life behind the lens. Conceptual, fine art and portrait photography are my true love. Follow my journey.