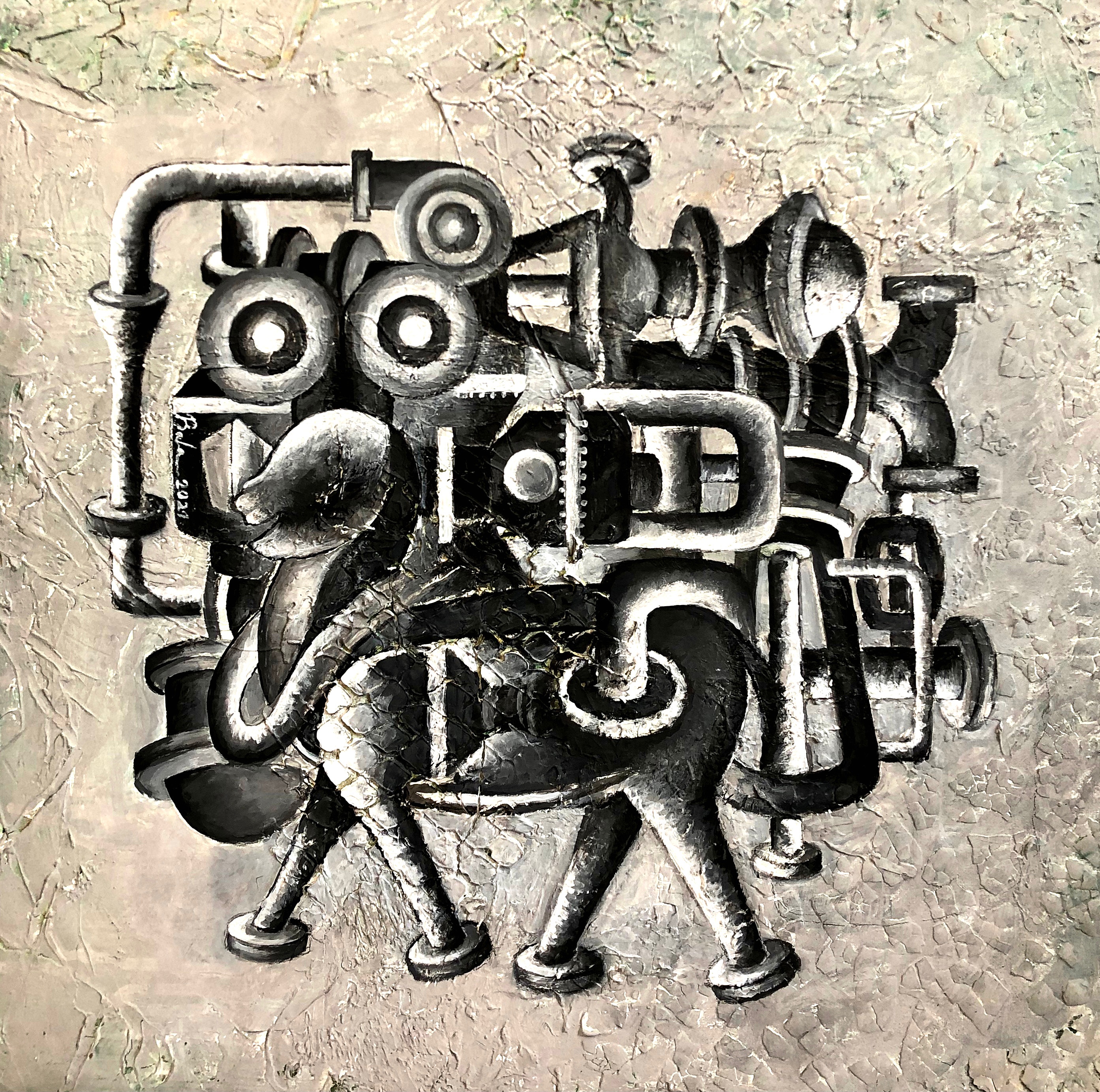 It is mentioned in historical narrations of Iran that one day Ardashir Babakan, the founder of Sasanian Empire, was running after a ram and it has been interpreted that he was seeking power and glory. So, ram was a symbol of power and authority in Sasanian dynasty.
Actually, industry has taken the position of power in the modern world and developed countries which are pioneers in this regard are powerful and rich. Also, industrial equipment symbolizes power and worthiness. In this painting two symbols of power from two different eras are combined with each other in a mysterious composition.
Mixed media on canvas
2786x2765 px