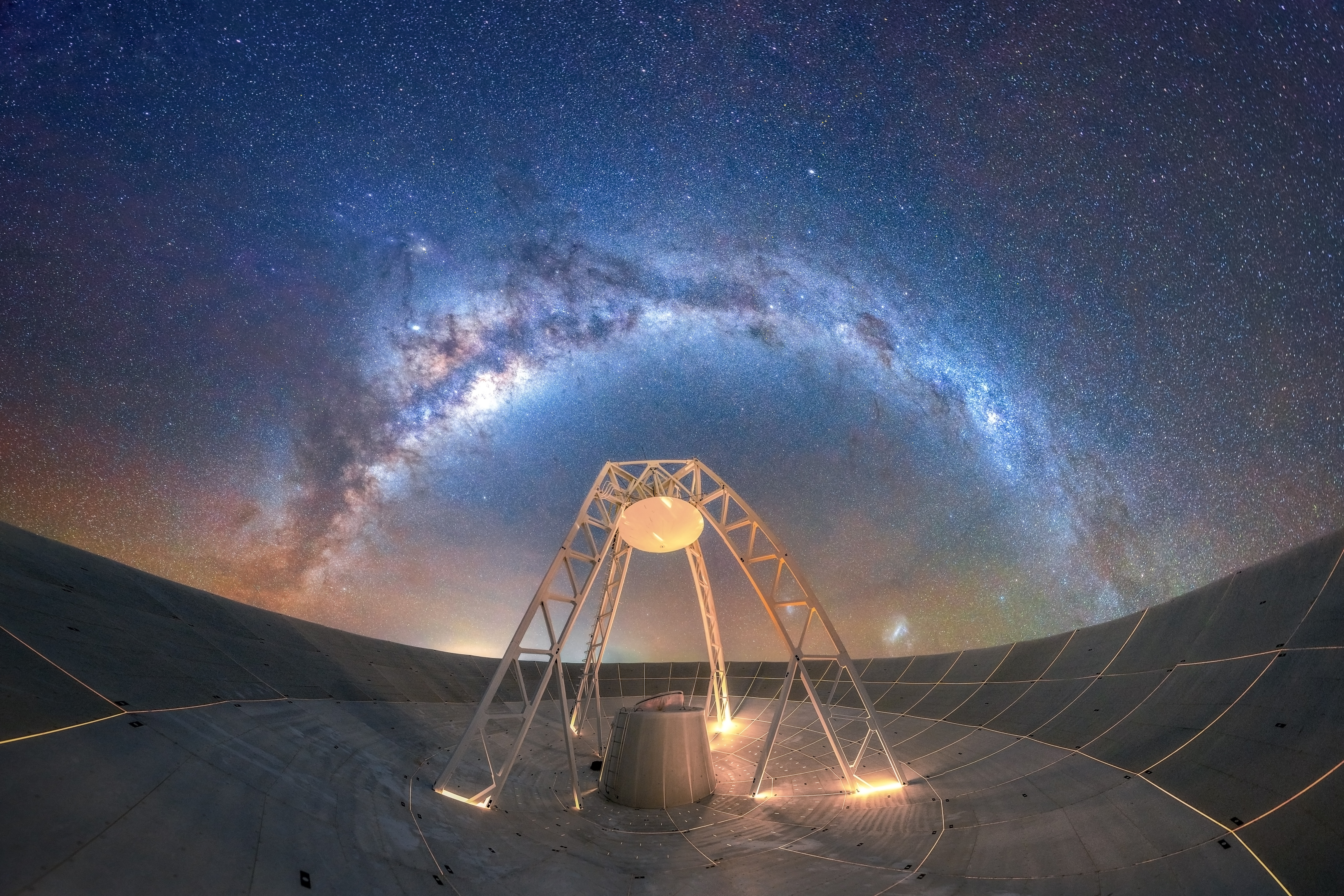 Standing atop the radio telescope where we observe our distant universe was a surreal experience I will forever cherish.

In the year prior I had become friends with the senior scientist over a few visits of the observatory. I had asked if I could shoot the telescopes at night under the Milky Way which he granted. When I arrived he casually said he would let me up inside the dish.

Never in my dreams did I think I would have a private tour of an instrument which closely communicates with our universe.

Moments before this panoramic photograph was captured, the telescope was gathering data on a super massive black hole. At other times it collects data on exploding stars and galaxies at the edge of the universe. It discovers the mysteries of outer space with it's 5 other arrays working in orchestra together.

The telescope was momentarily shut down whilst I took this image and marvelled at this technological masterpiece.