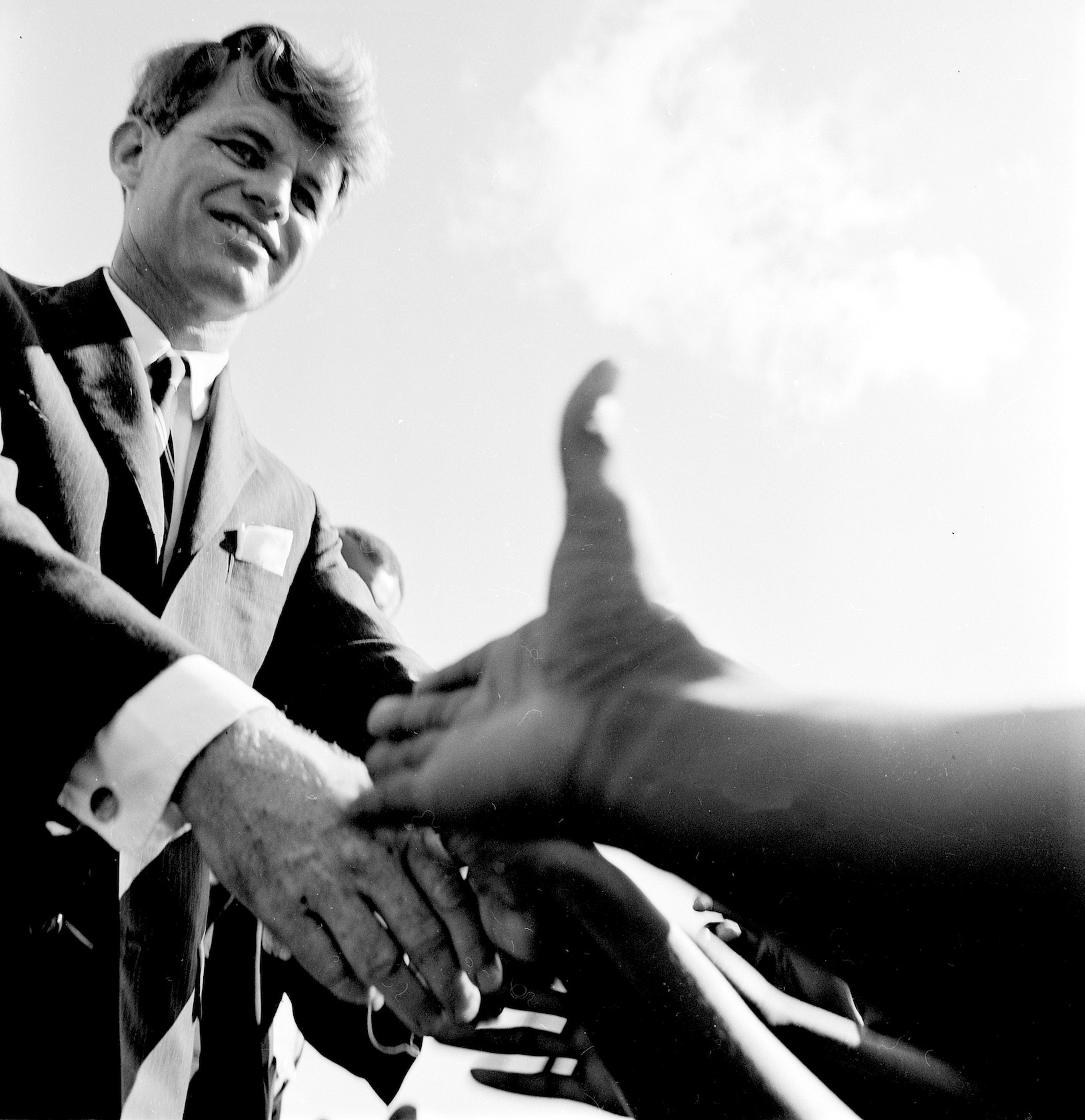 Robert F. Kennedy shakes hands with Kenyans on a trip to East Africa in the early 1960s. RFK was one of the key people, along with his brother President John F. Kennedy, to make the Airlift of young students from Kenya to the United States to study a reality. This changed the course of Kenya’s history, and indeed the history of the United States as one of the beneficiaries of the Airlift Programme was Barack Obama Snr., father of President Barack Obama.