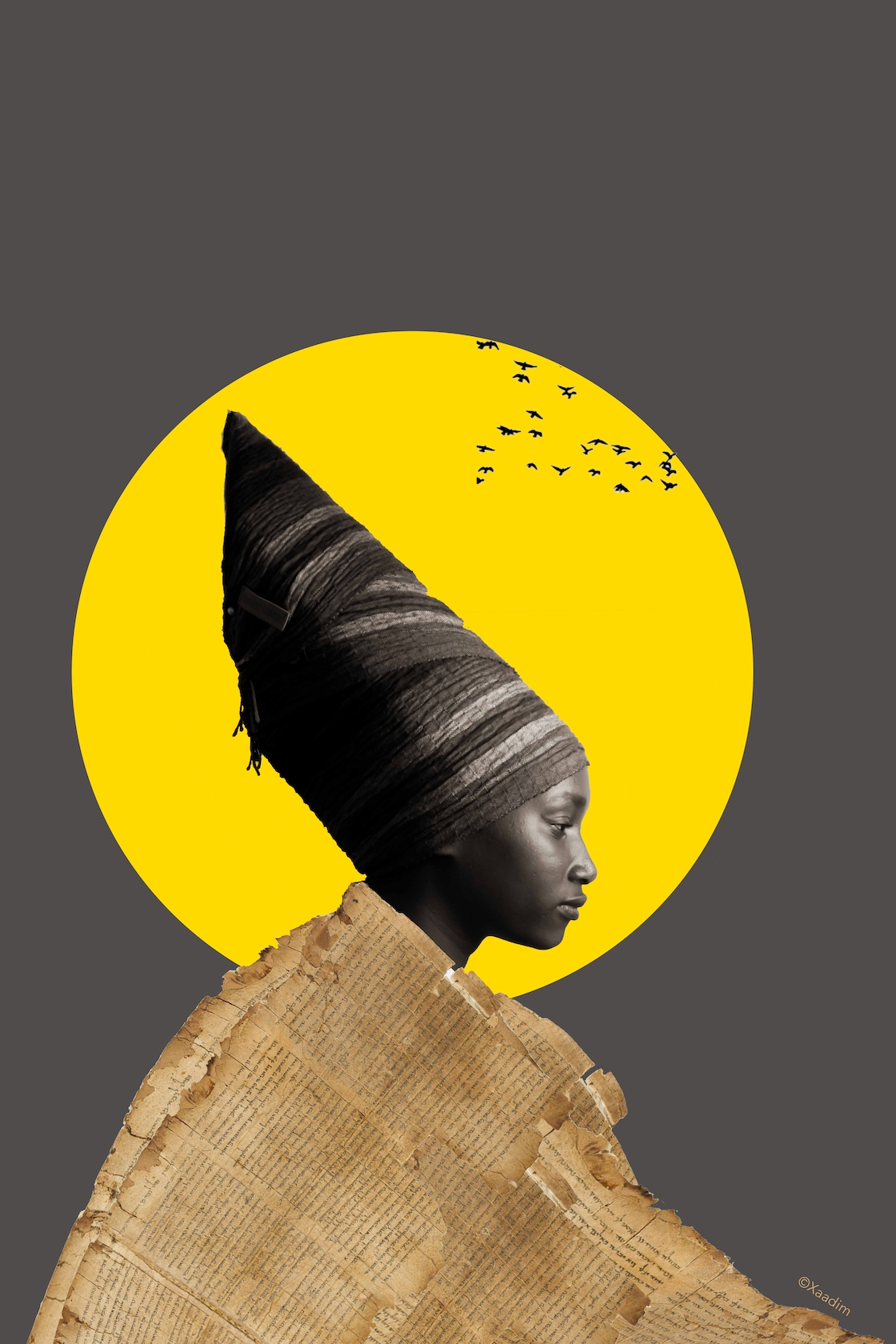 The next day, she realized that it was just a nightmare. So she looked at life in a way she had never looked at it before.

She understood the meaning of life and decided to live it without too much trouble. She understood that yesterday was no more, tomorrow would be divine, only the present was at her disposal. This present moment was the only thing she had more or less control over. So she decided to separate herself from her demons of the past and her anxieties of the future, to enjoy the present moment as the only thing that matters.

Her many dreams that were becoming more and more distant were a source of anxiety. She put an end to them.
She finally understood that the long term was not for mortals.

This piece is part of "Jigéen" (women), my first NFT series.