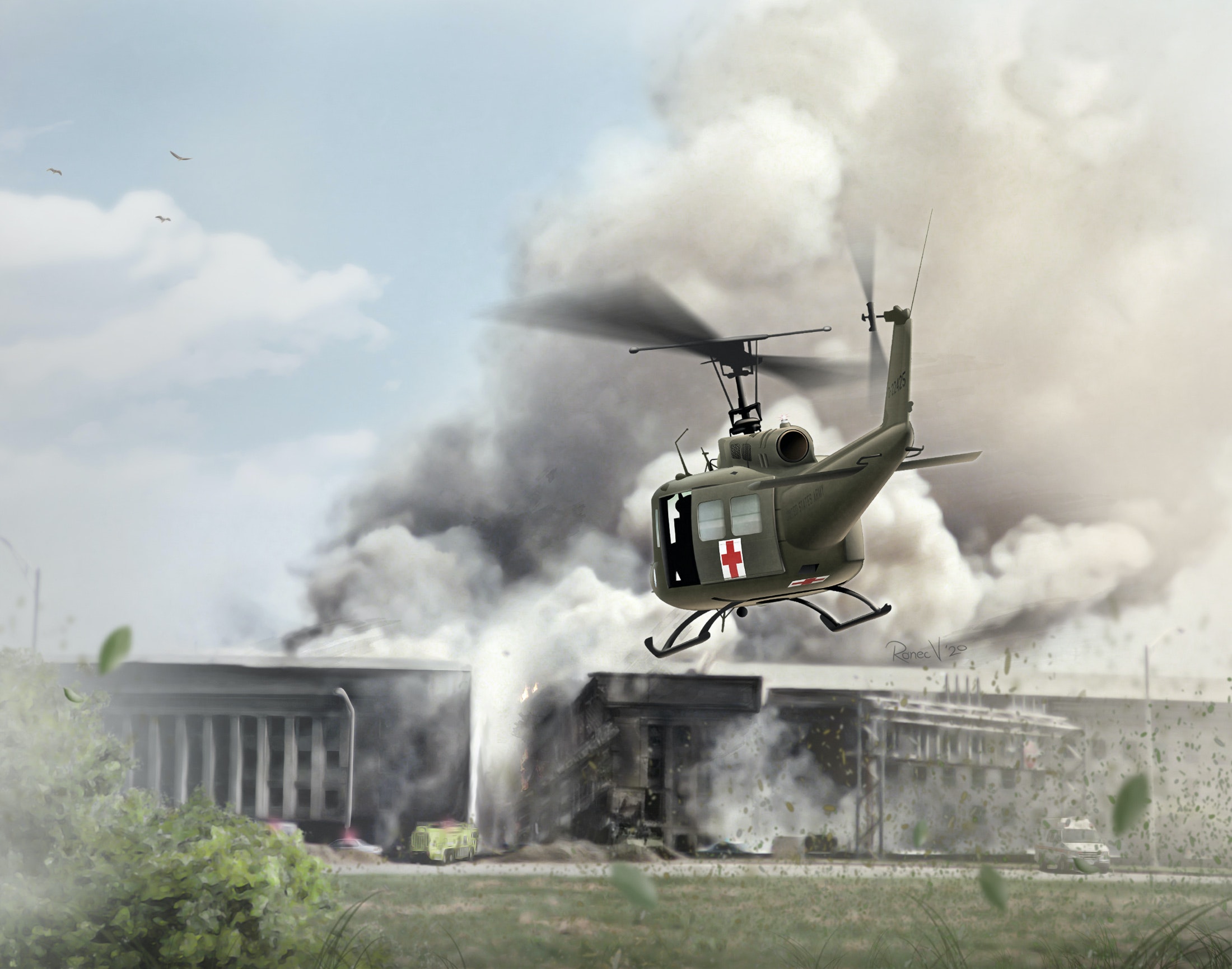 On September 11, 2001, militant hijackers crashed a passenger airliner into the Pentagon, headquarters of the US Department of Defence near Washington D.C. That was one of four coordinated terrorist attacks against the United States that day which became known as ‘9/11’

Today, almost 20 years later, for a lot of people around the world, 9/11 is a vivid memory. But for many younger people, these events are something learned secondhand from history books.

This importance of remembering history was one of the reasons why I decided to work on a small hobby project and this cover art illustration, PaulusVictor ‘First Responders’ decal set for scale models.

It is about a small fragment of 9/11 dedicated to the UH-1 Huey, an old workhorse and the people who kept it flying, a machine which found itself on the front line once again, after several decades of service. Old Hueys were part of the evacuation, search and rescue operation.