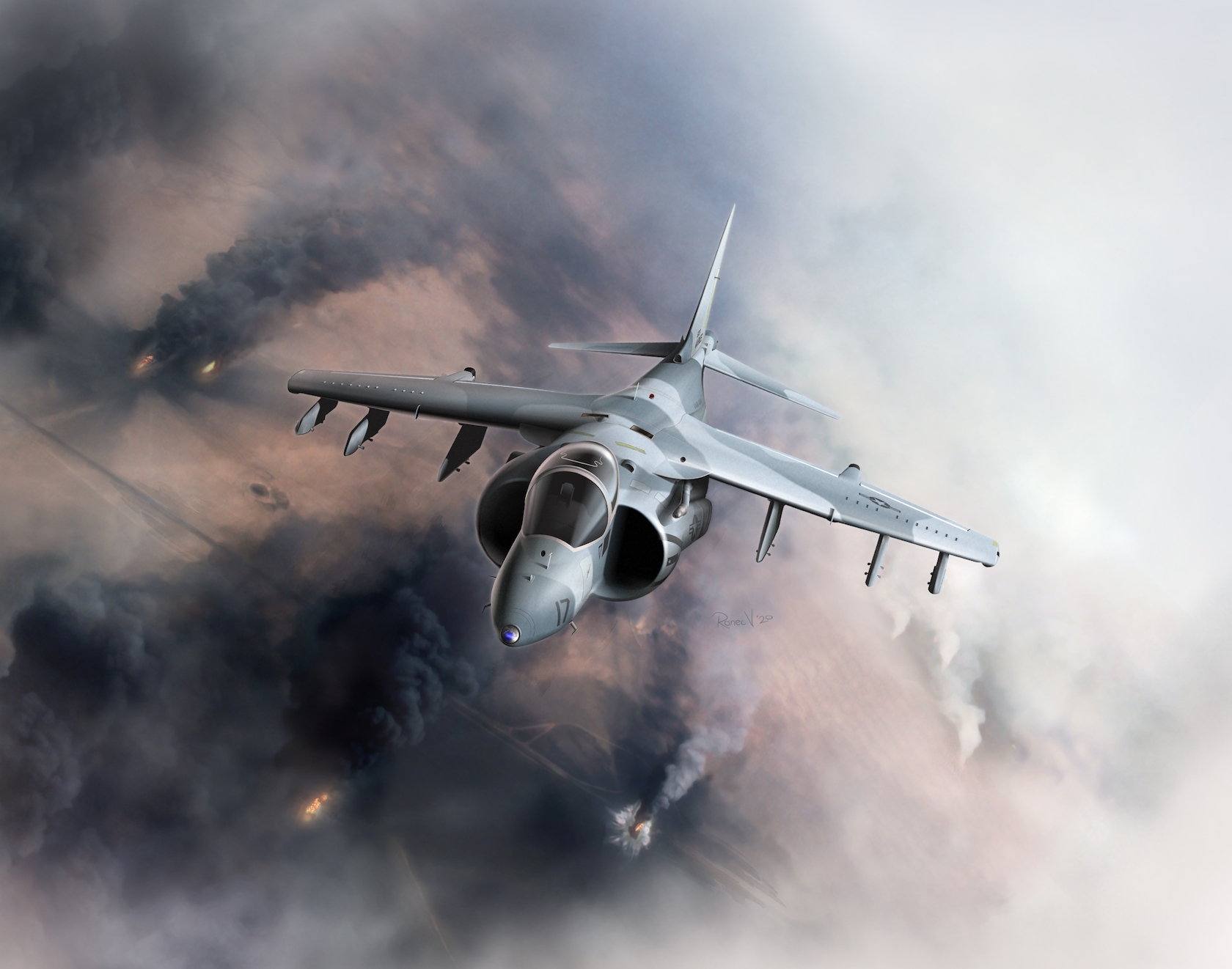 The AV-8B Harrier II was one of the first United States Marine Corps combat aircraft to arrive in theatre. AV-8B units focused mostly on targets in Kuwait, although a small number of missions were also flown over southern Iraq.

This image shows an AV-8B Harrier II during the withdrawal of Iraqi forces. The retreating Iraqi army set fire to over six hundred oil wells in Kuwait, as part of a ‘scorched earth’ policy. Among the many burning oil wells were some destroyed by coalition bombing too. The resulting smoke screen was used to good effect by Iraqi forces, helping them to successfully withdraw from Kuwait but also to carry out counter attacks in retreat.

Efforts to extinguish the burning oil fires lasted more than nine months. The consequences for the environment were catastrophic.