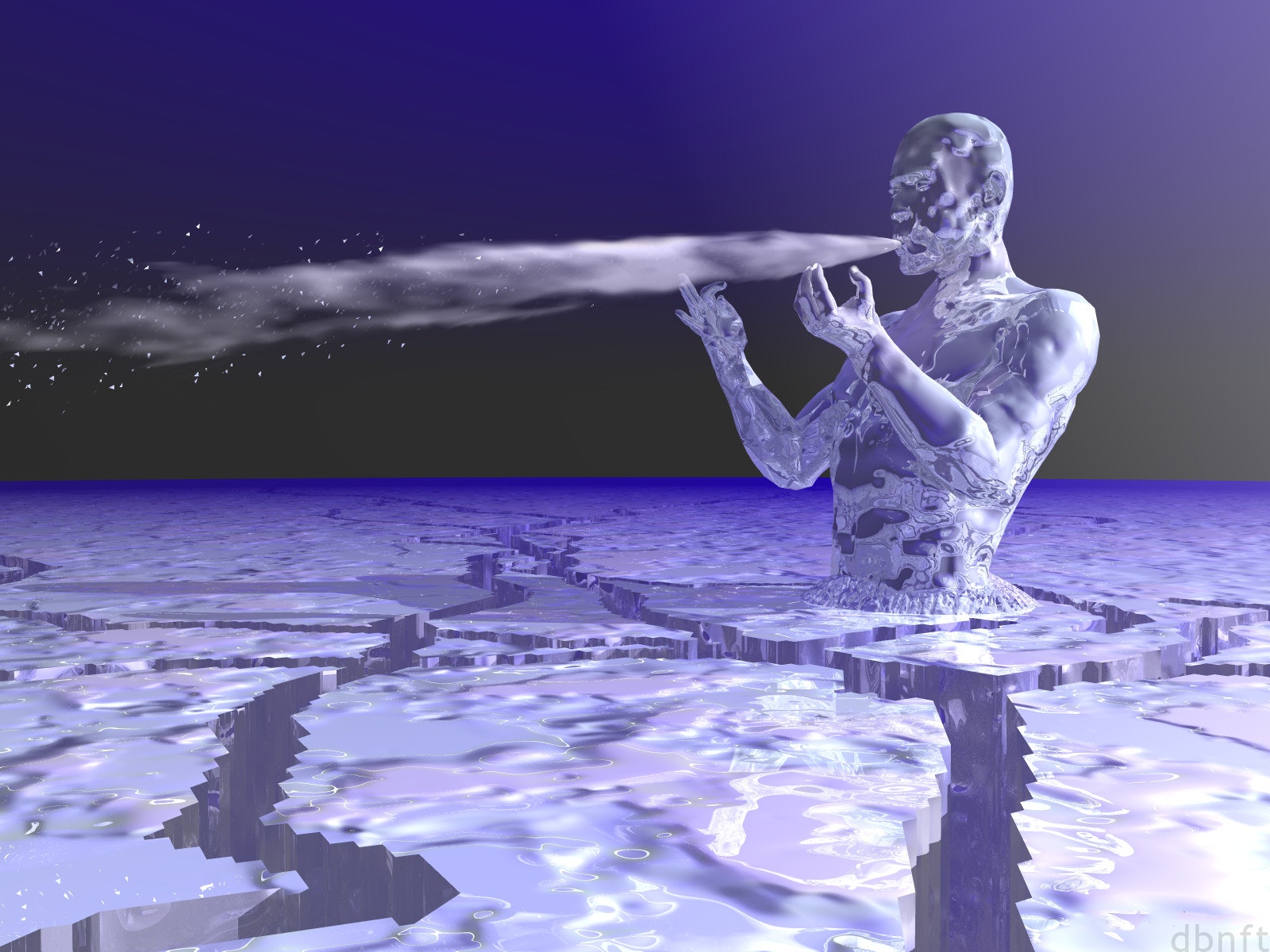 Vintage CGI! One of a series of three "elementals" that I created using Bryce and Poser the late 90s. "El Dios del Fuego" and "Creation" are the others.

It was difficult to put clothes on my early Poser figures so to avoid any "nudity" I thought to have the figures emerge from their elements.